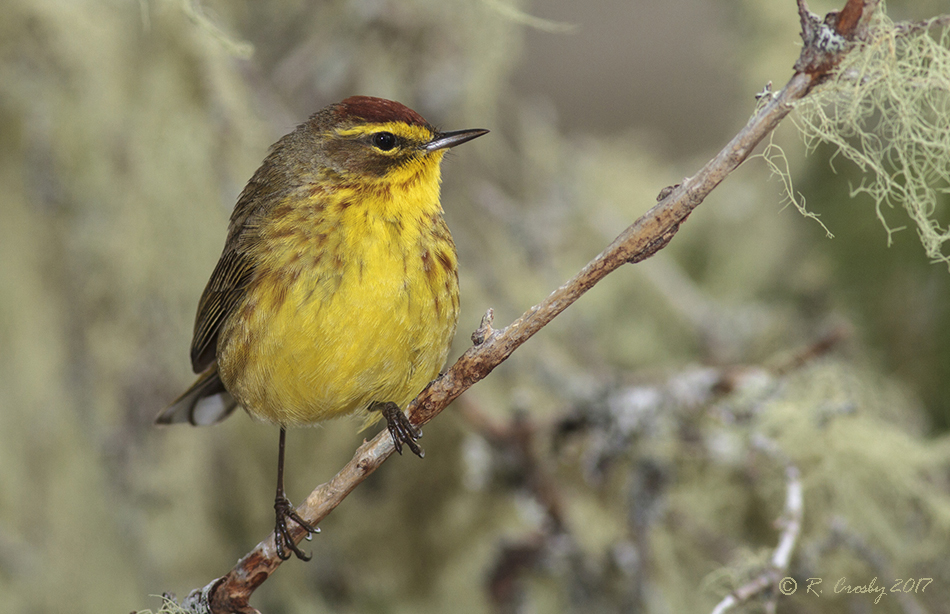 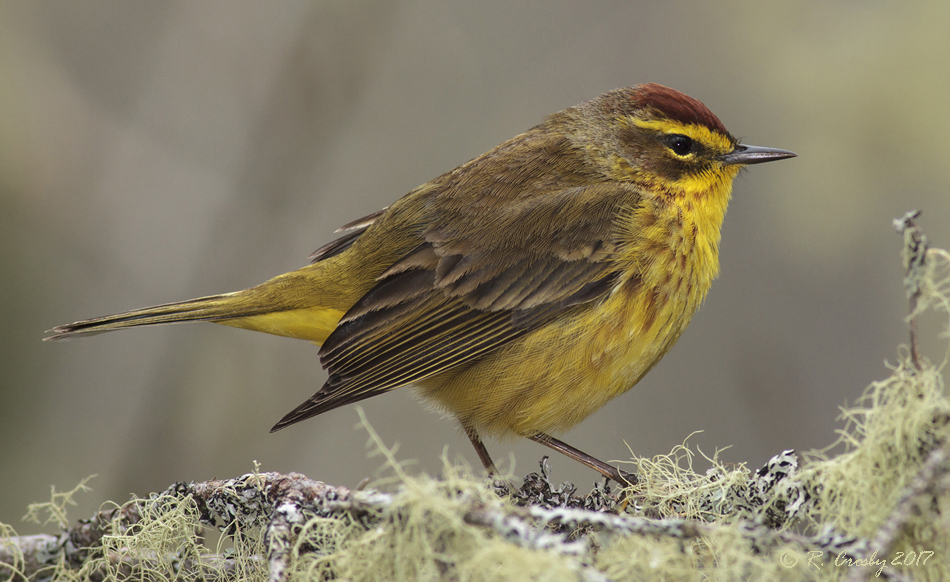 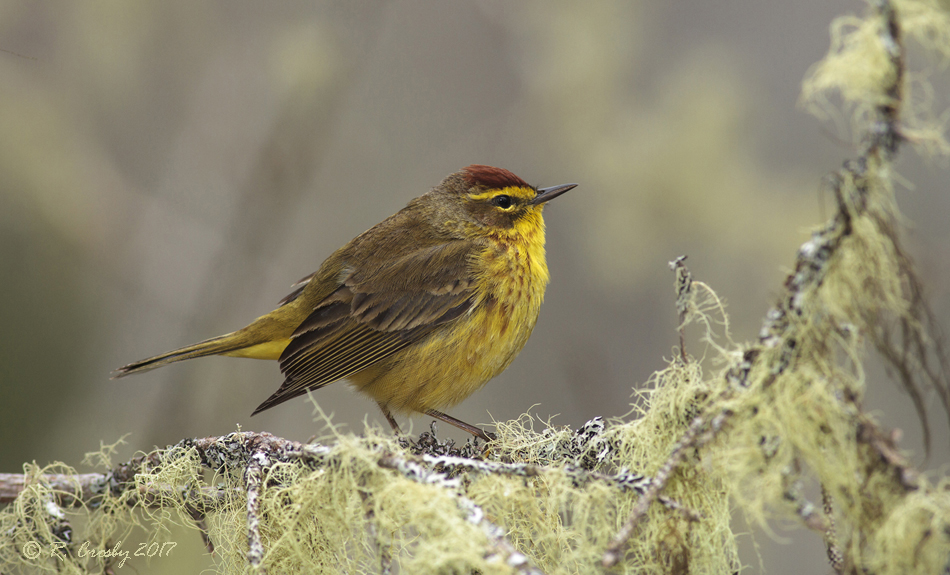 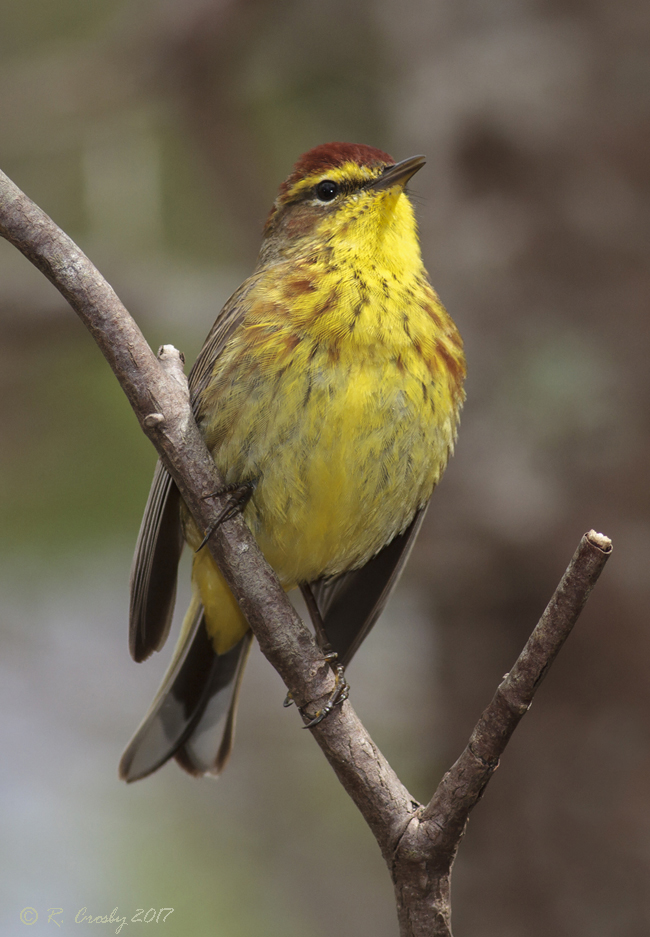 This is another set from late April when these birds were extremely plentiful in one of the areas I frequent. I promise to have pictures of other warbler species in upcoming posts.
Posted by Russel Crosby at 17:36 No comments: 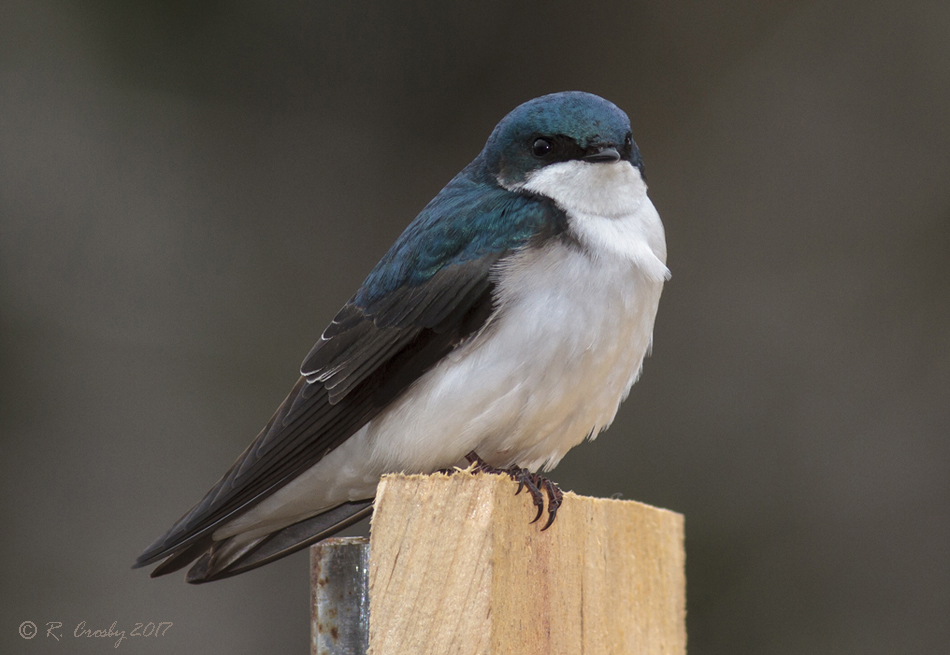 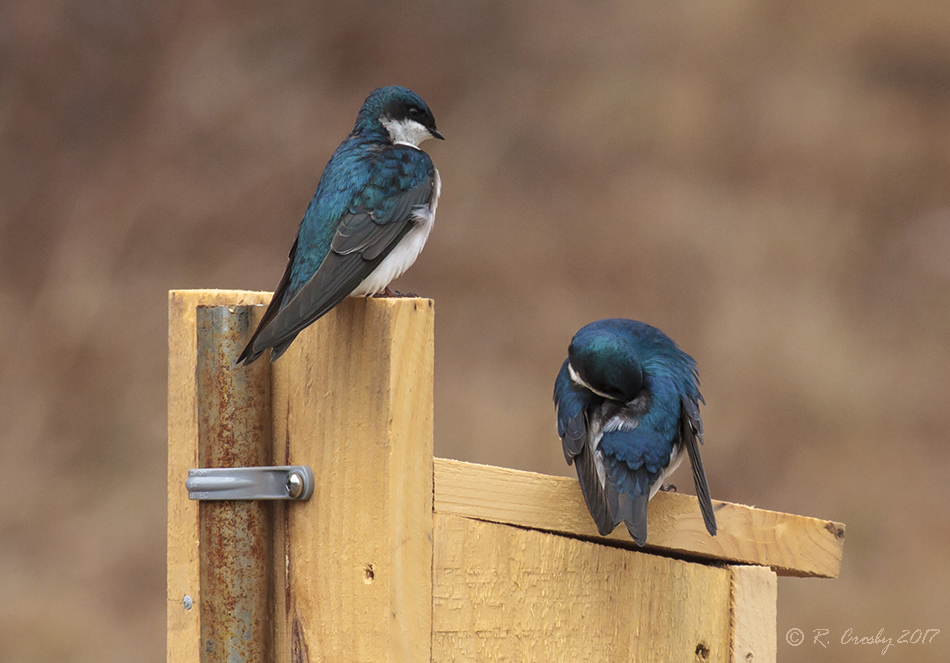 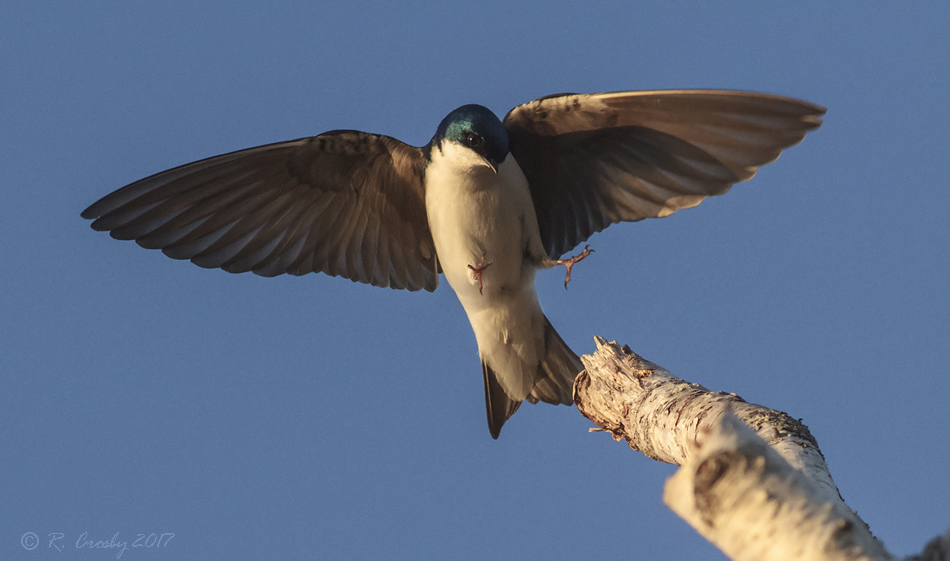 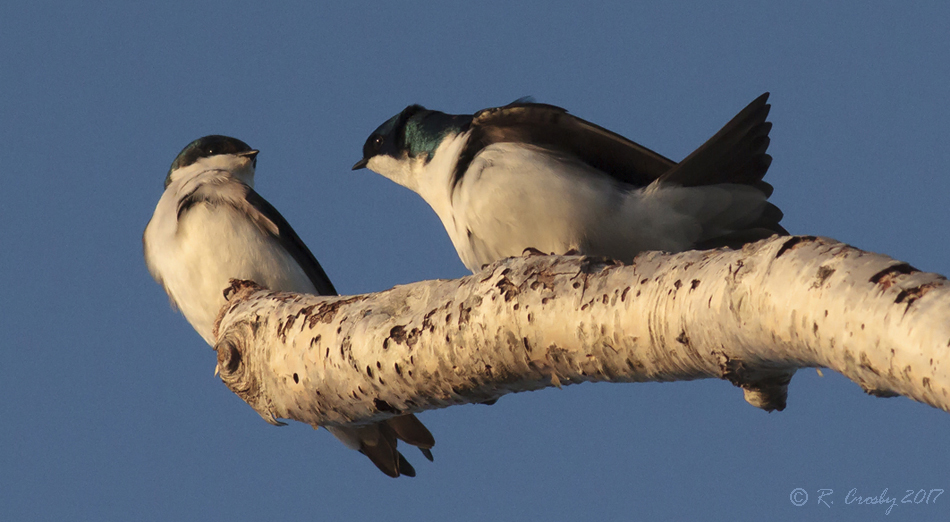 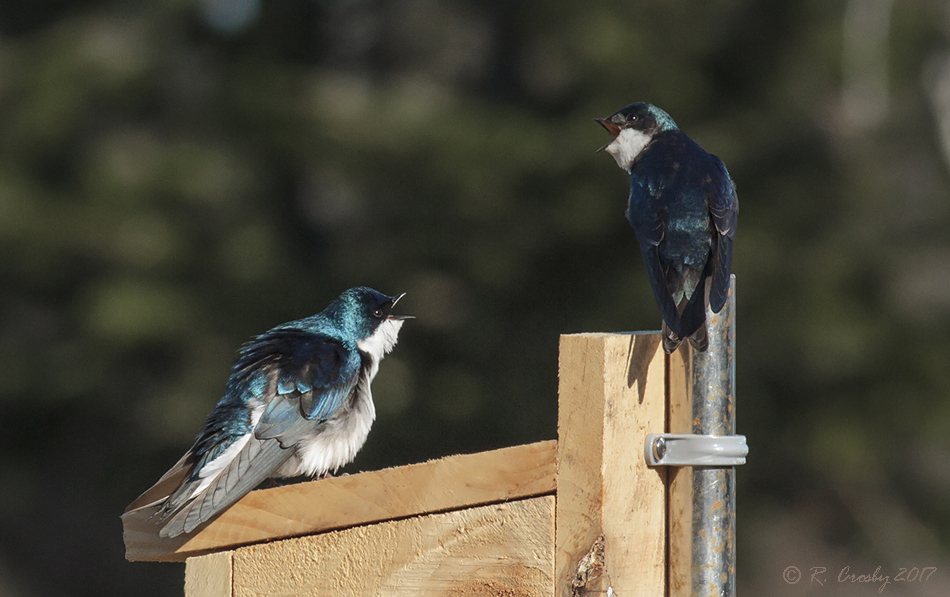 The Tree Swallows arrived here in early to mid April. By the third week of the month there was a group of 50 or so birds in one particular spot here in East Jordan. I guess the bugs were plentiful in that area. The numbers have thinned out since then with just the breeding pairs still hanging out in the area but numbers are encouraging and seem to be up from previous years.
Posted by Russel Crosby at 08:18 No comments: 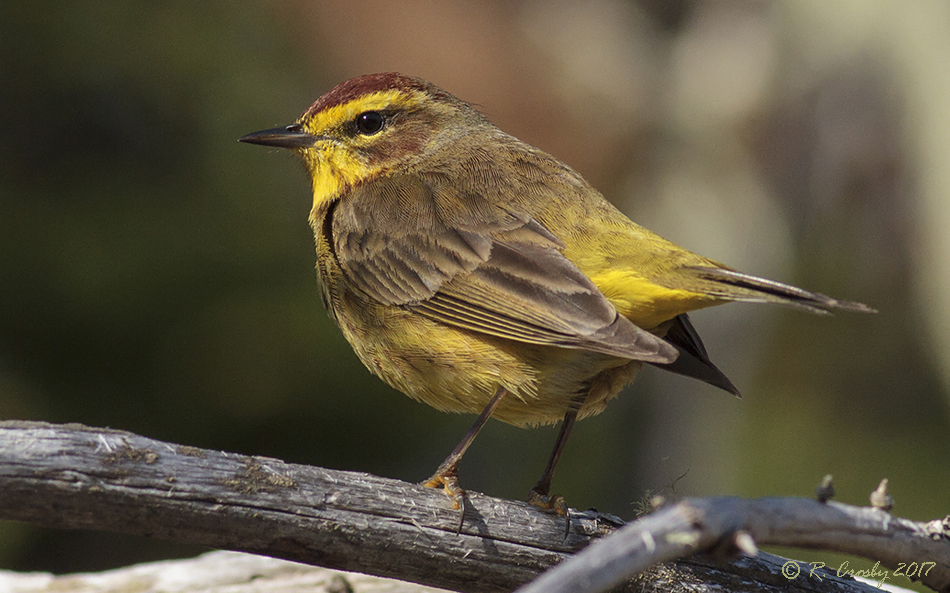 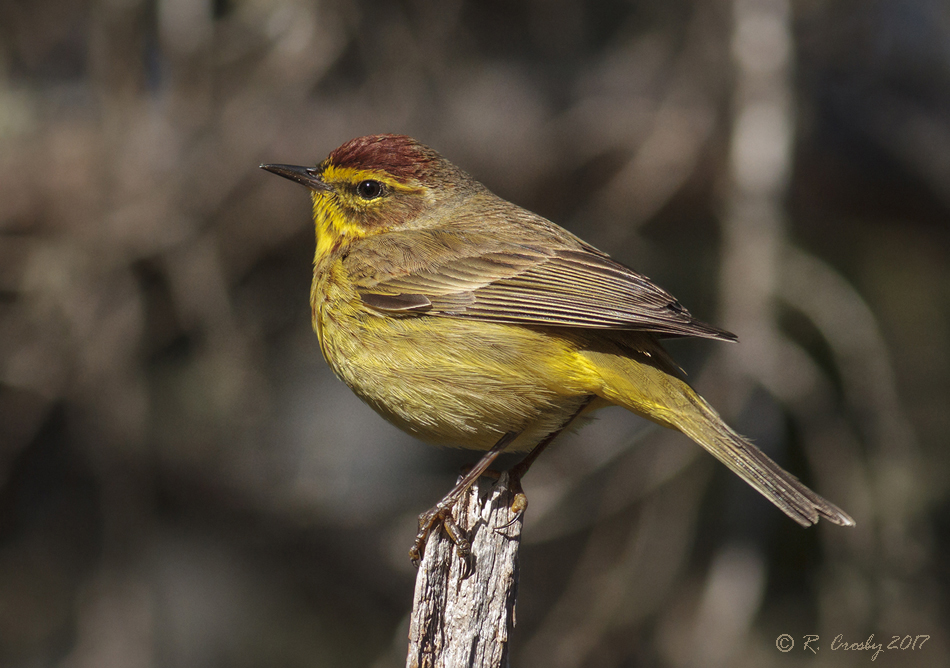 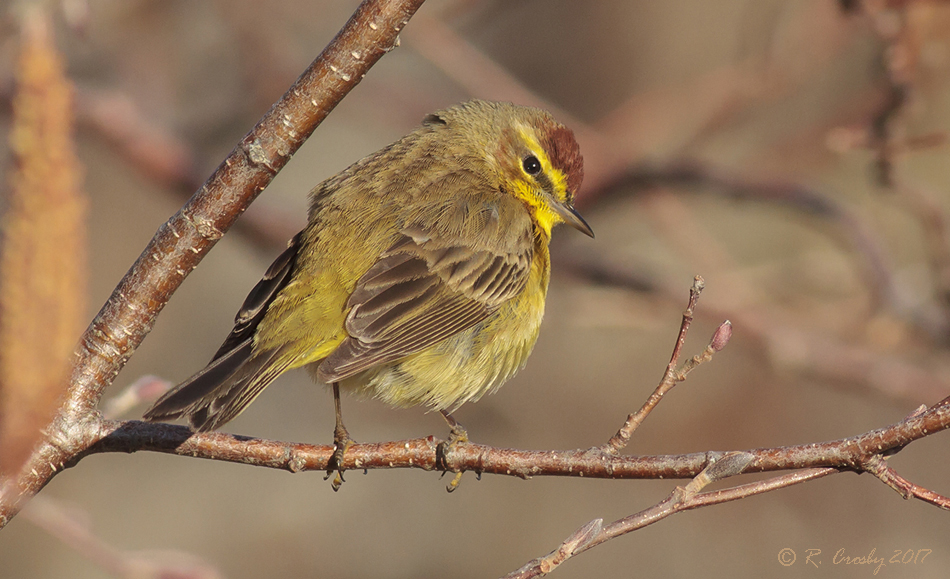 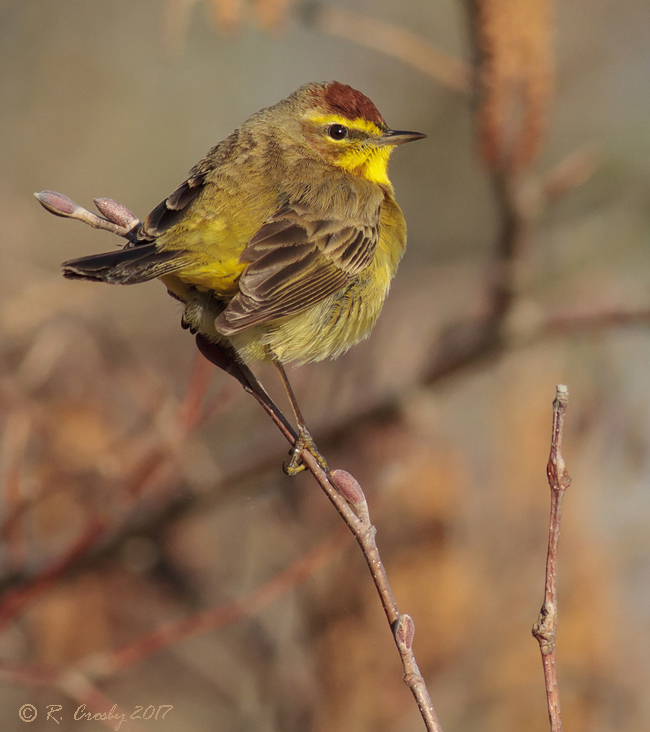 When the Palm Warblers arrived here in mid April they came in numbers. Although I had seen a few on previous days, on the 21st at one of my favourite birding spots it seemed like there was a bird in every tree. It was like that on subsequent trips to the same spot over the next few days until numbers started to thin out.
Posted by Russel Crosby at 17:25 No comments: 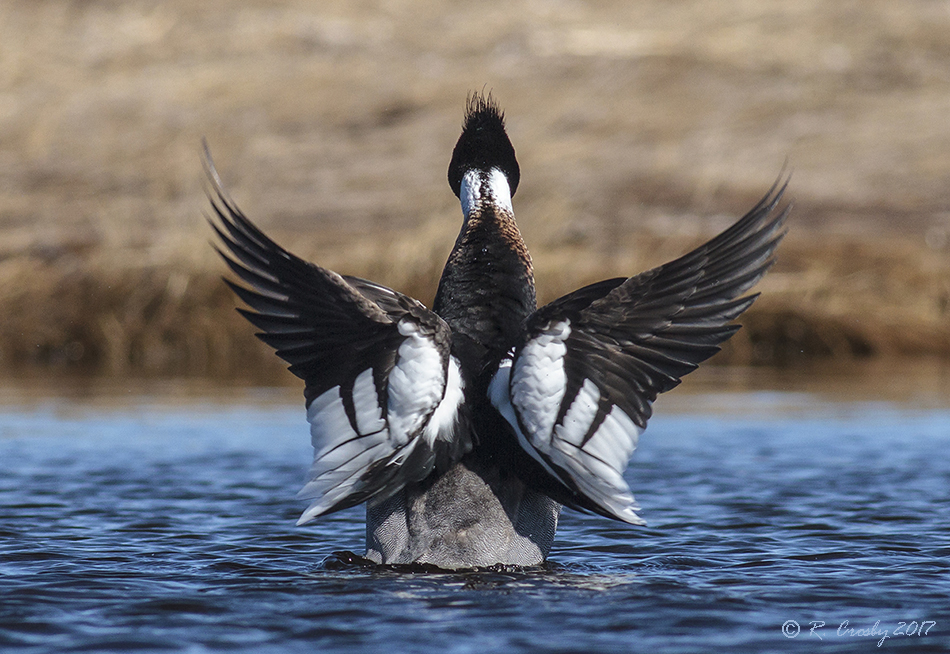 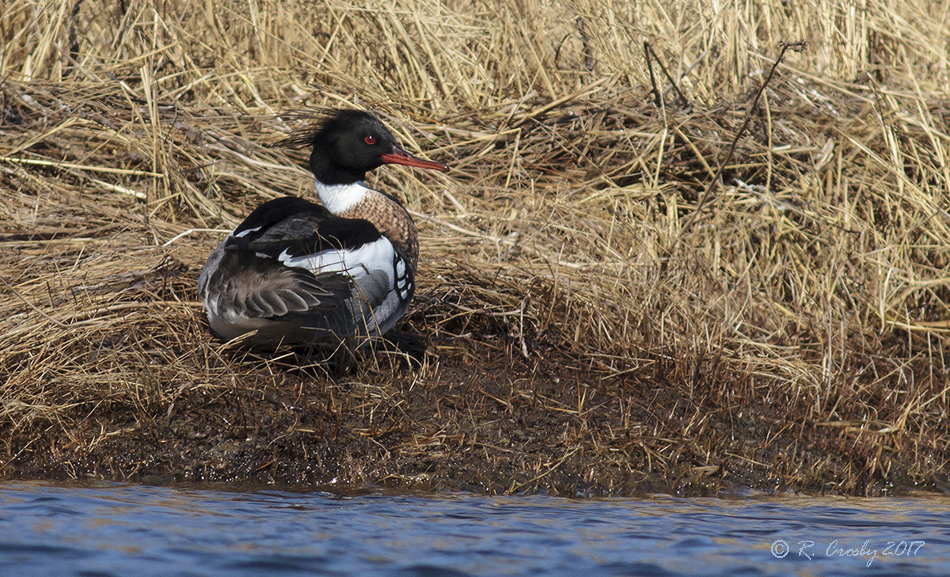 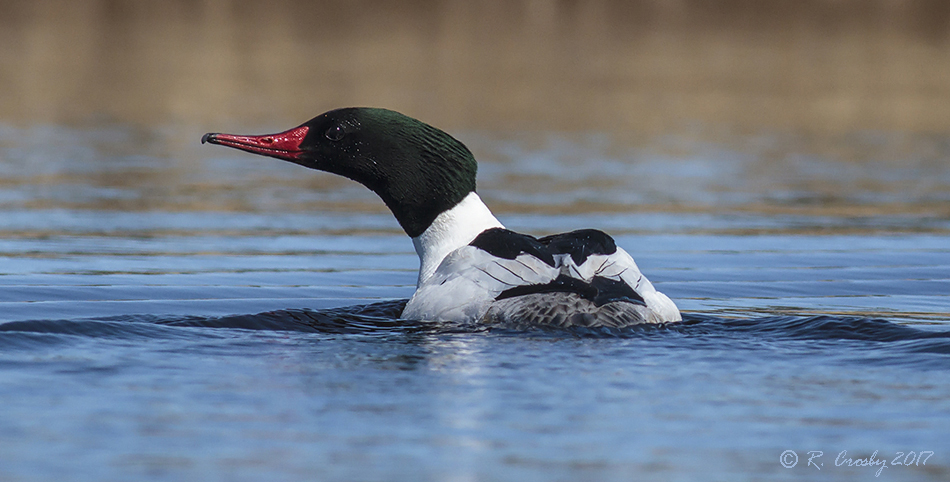 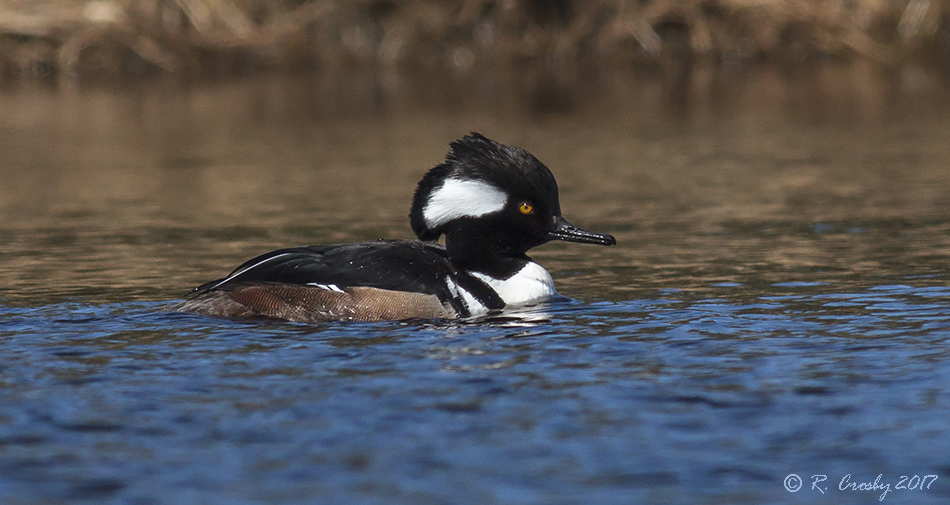 These shots were all taken on the same two days as the shots from the previous post. I just felt it was too much for one post and that I needed to sort them in some meaningful way.
Posted by Russel Crosby at 17:11 No comments: 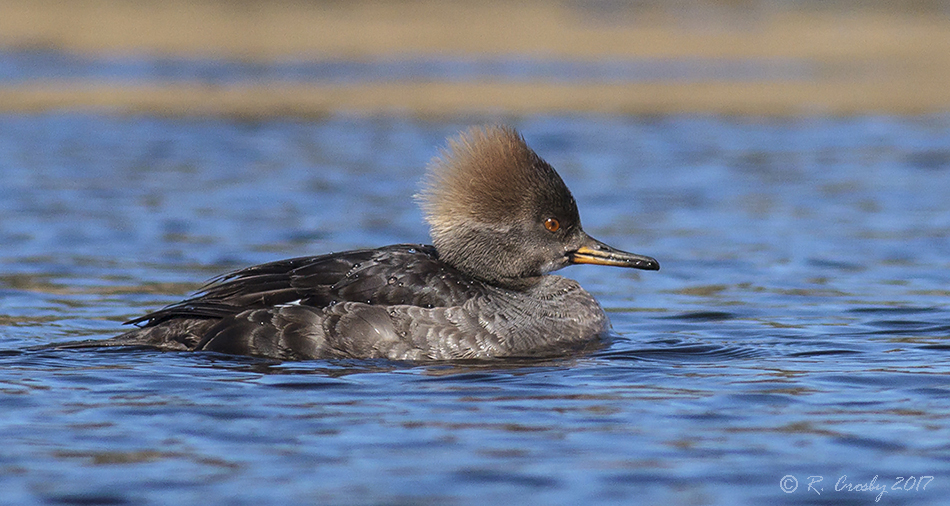 This was the species I was attempting to photograph. Hooded Mergansers are the least common of the three species, also the smallest and probably the shyest. Because they are the smallest you need to be a little closer to get a decent shot and I panicked a bit when I got the chance and made them take a wider route than I had hoped. 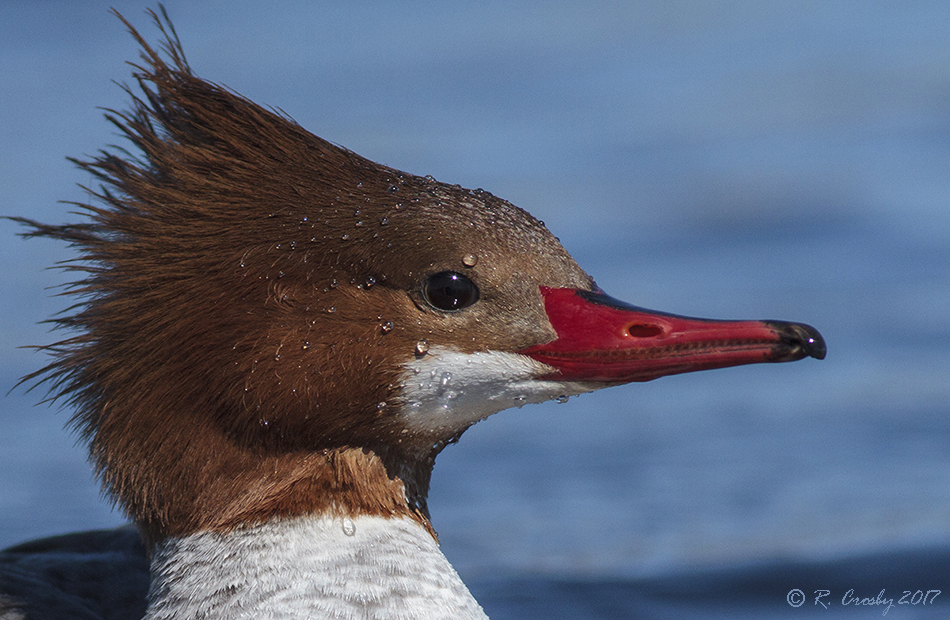 The Common Mergansers were the most abundant in the area so there were more opportunities for photo ops and I got a few good close-ups. 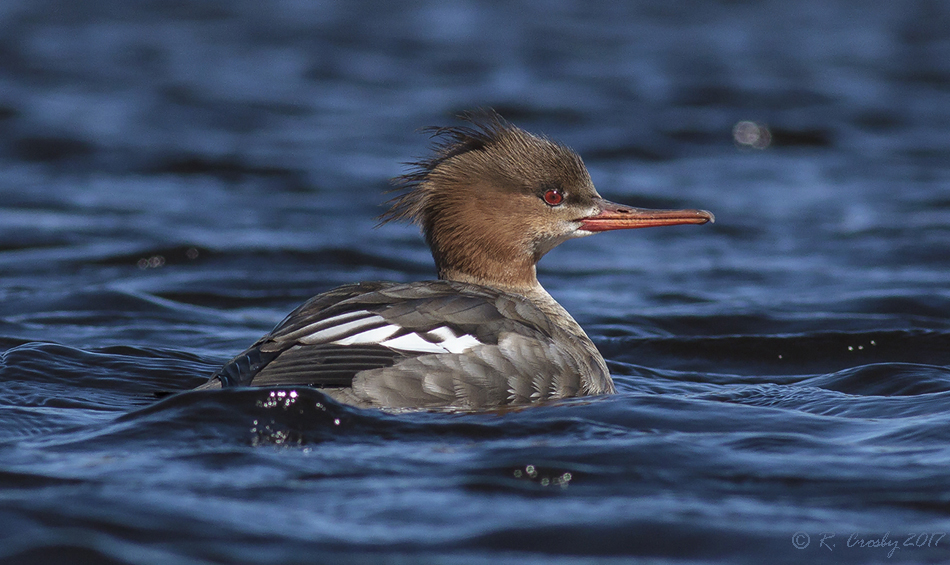 I had thought originally that I had photographed all three species on the first day but the "female"on that day turned out to be a juvenile male. This female Red-breasted Merganser was photographed at the same location but a couple of days later. 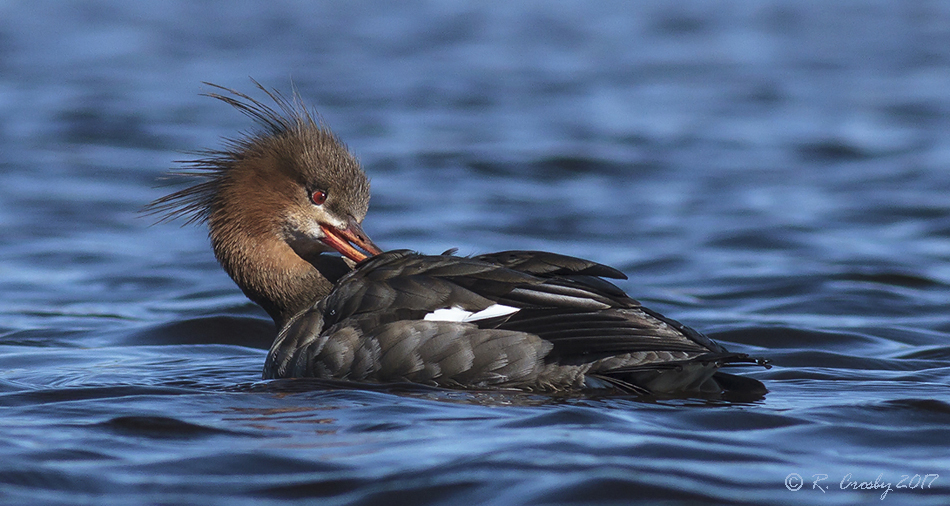 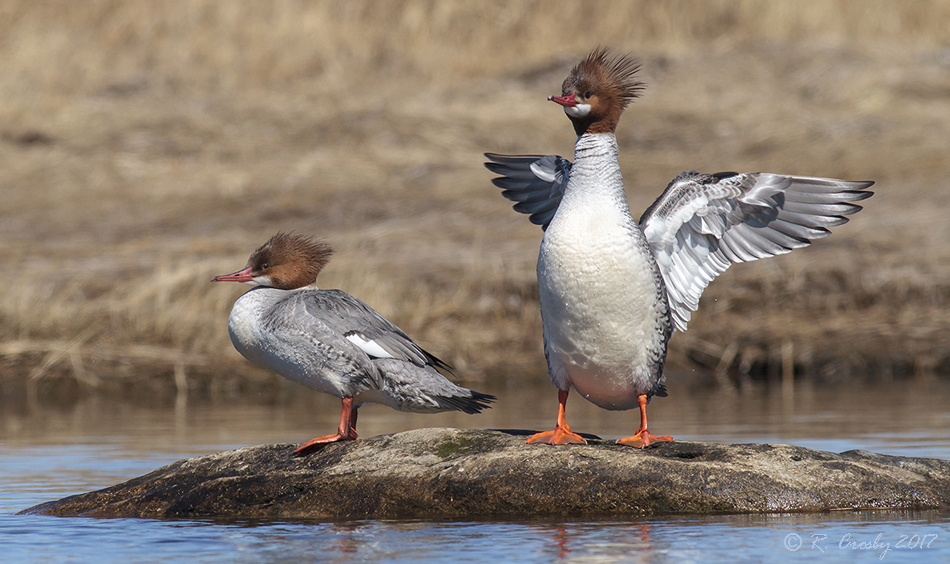 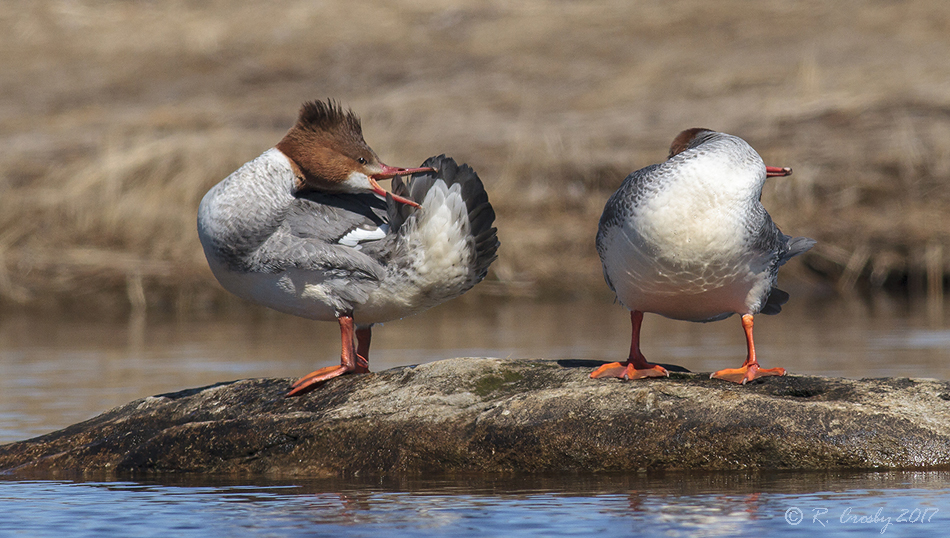 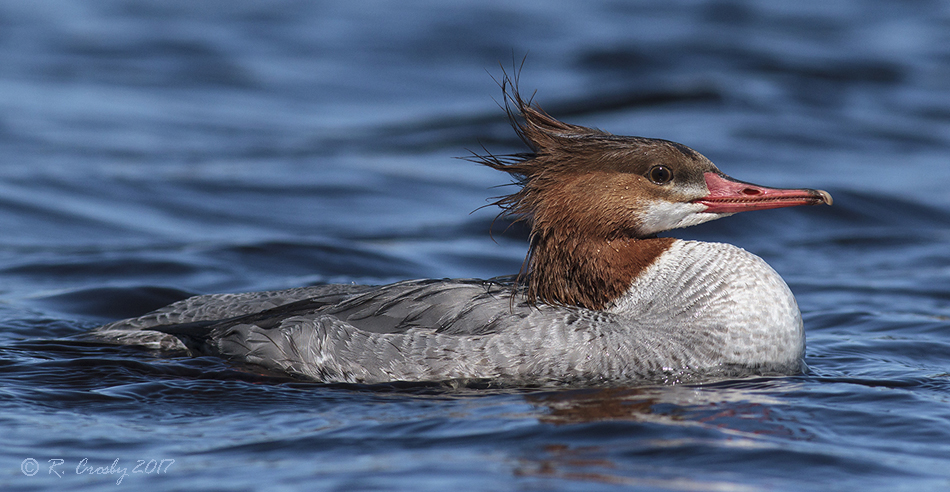 The last three shots are all Common Mergansers. I'll post shots of the males in the coming days when I find the time. I need to get caught up on my posting. These are all from the last few days in March.
Posted by Russel Crosby at 11:21 No comments: