I took a lot of shots over a period of a week or so of birds feeding on Mountain Ash berries at the same location in East Jordan. The first was this male Rose-breasted Grosbeak shot on October 29. There had been a Summer Tanager at the same location which I had overlooked initially because my attention was drawn by a mostly blue male Indigo bunting which I failed to get a decent photo of.  This bird was the last of 3 species that I was lucky enough to find on the first day.  I shot this one in soft light, the sun wasn't always shining and the area was in shade when it did until late day. 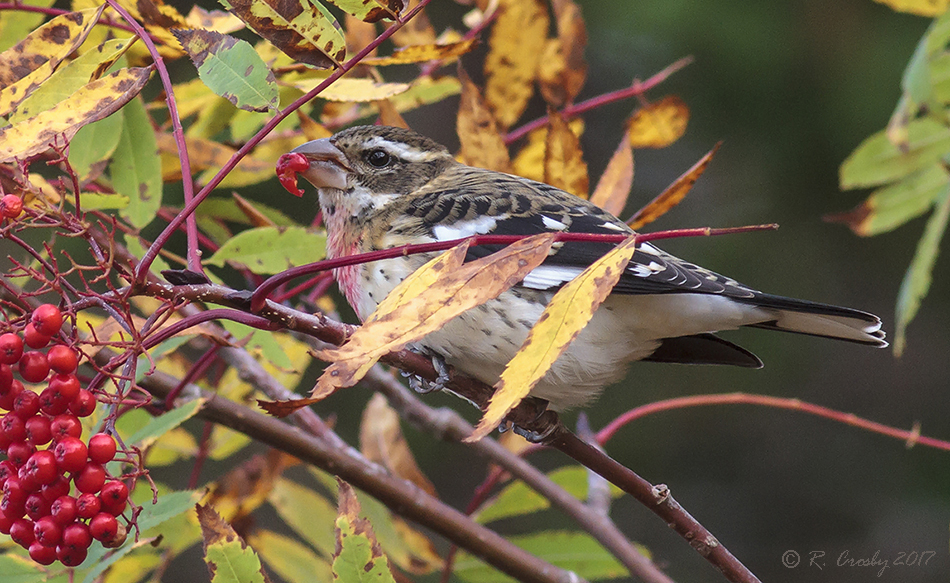 The berries make for some beautiful shots.

Yes, and the birds help as well ;)
The robins cleaned the berries up a few days later but not before I got a few shots.