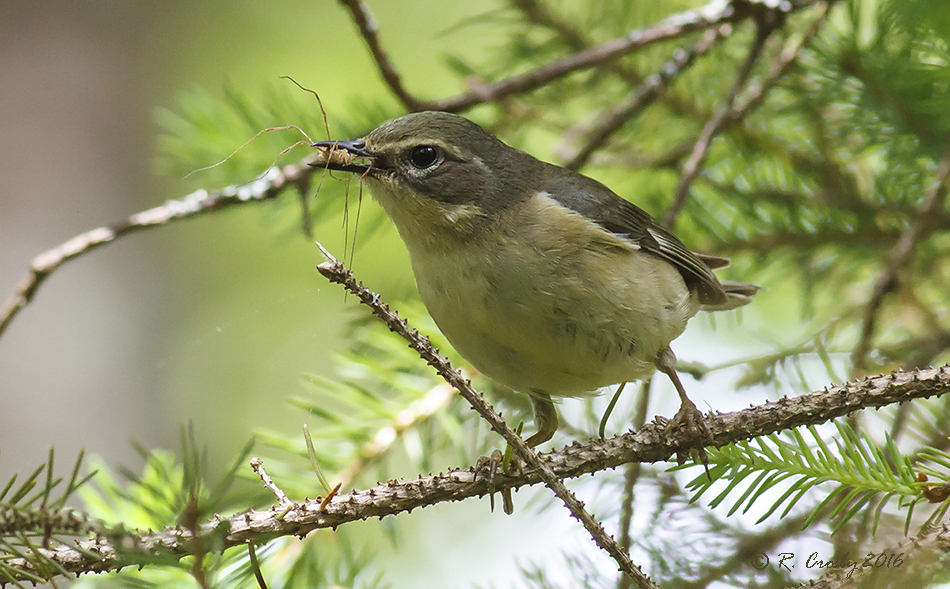 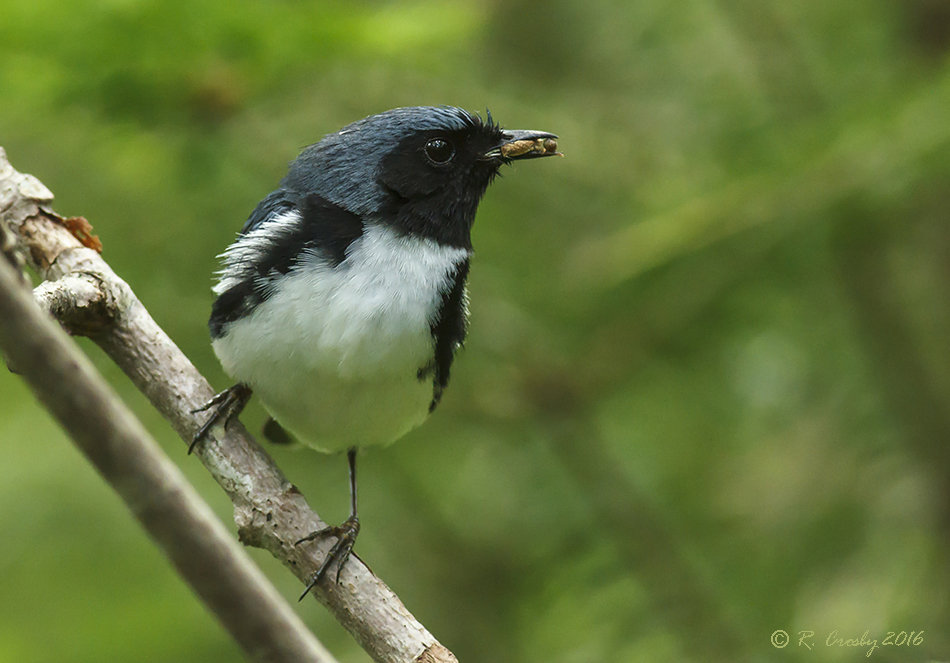 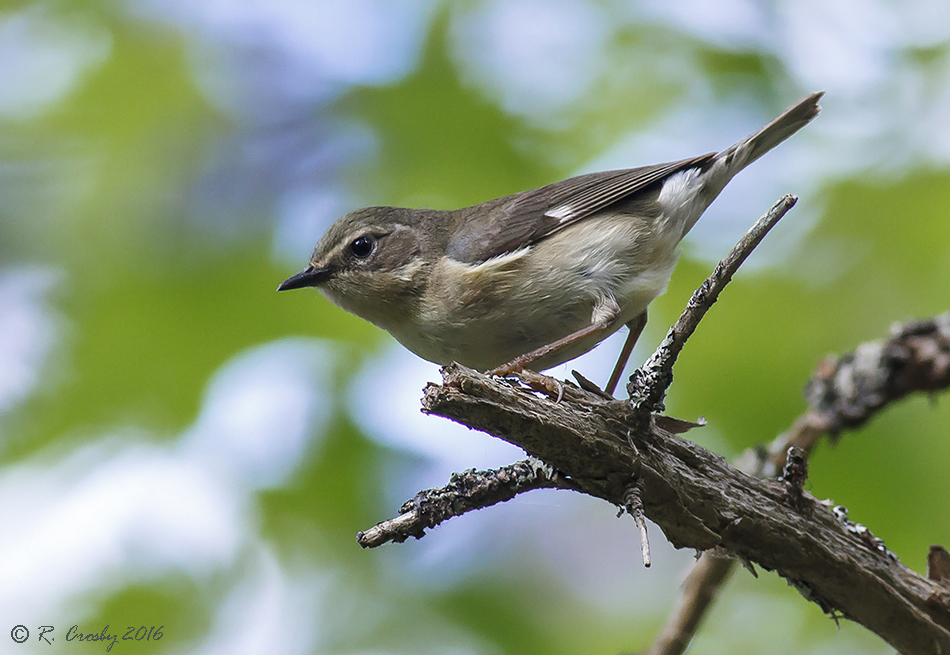 I found this pair of birds foraging for bugs near my shop one day. They obviously had young somewhere nearby. It's usually easier to get shots when they're near the ground as they were in this instance but it makes capturing images more challenging due to low light conditions under the canopy of maple, pine, spruce and fir trees. This is the same male as in the earlier pictures. I should mention that the female looks like it could be a totally different species, there is not much similarity between the sexes. One feature they both have is the patch of white at the base of their primary feathers.  June 16, East Jordan NS.
Posted by Russel Crosby at 15:56 No comments: 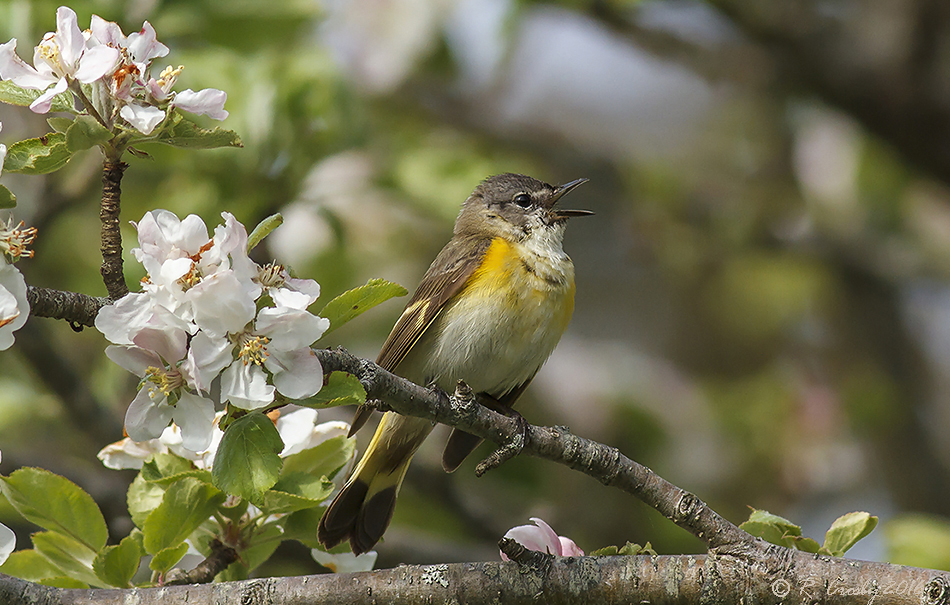 This is a male Redstart from the previous year that is starting to show a little of the black of the adult around his head. Other than that he looks like an adult female.  June 4, Little Harbour NS.
Posted by Russel Crosby at 17:28 No comments: 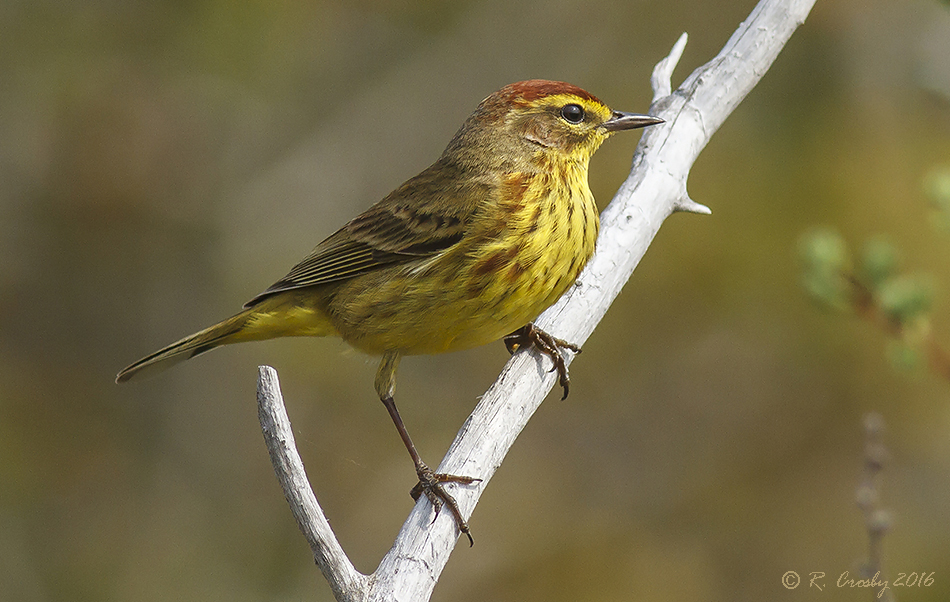 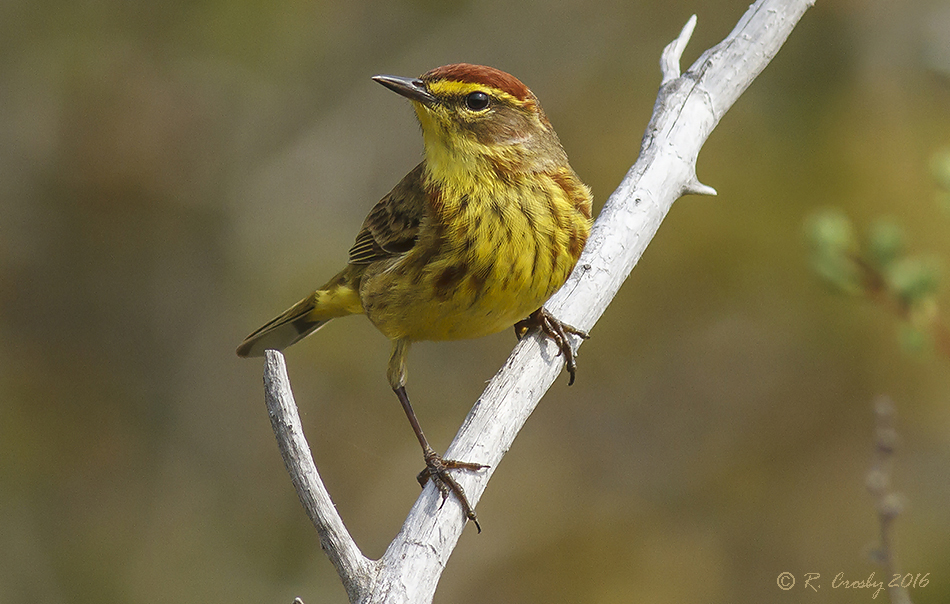 Maybe it's my imagination but there seems to be fewer Palm Warblers around this year and fewer warblers in general. The woods seem especially quiet at times when there should be more birds singing. It usually gets a little quieter when parents are attending to young but since the beginning of the breeding season there have been a few birds that I normally hear that haven't made their presence known. May 28, East Jordan.
Posted by Russel Crosby at 18:05 No comments: 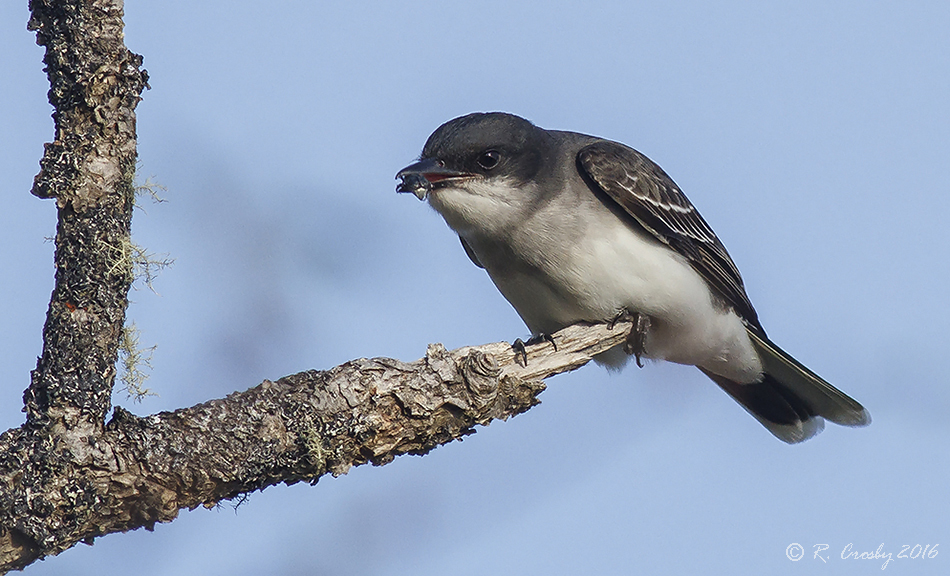 I managed to get a couple of shots of this bird when I first discovered him/her but after that it wouldn't co-operate and stayed high in the trees. May 28, East Jordan.
Posted by Russel Crosby at 17:55 No comments: 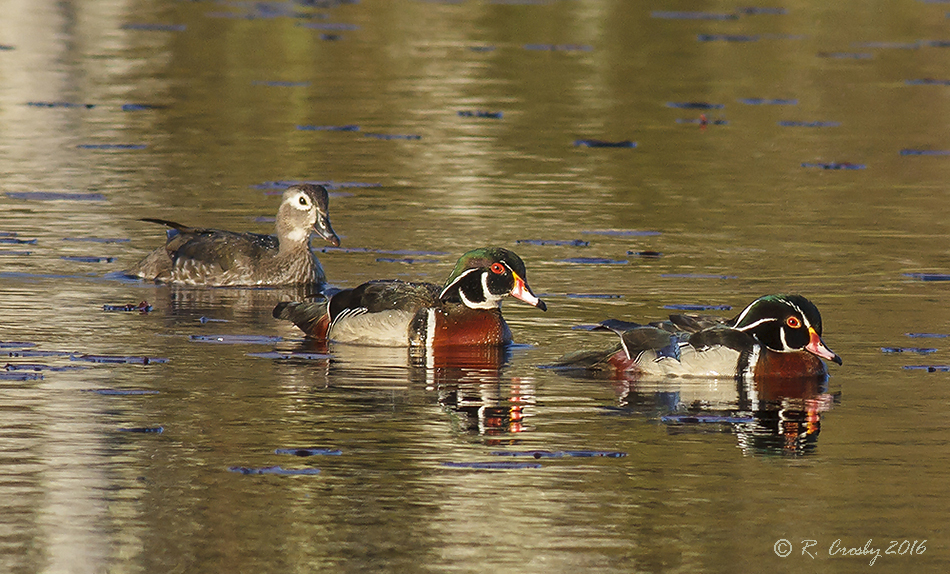 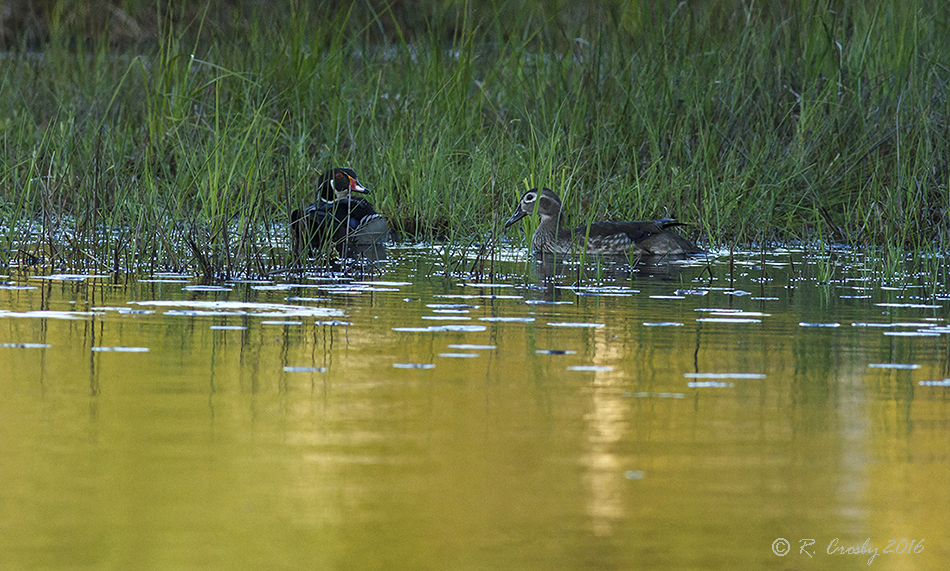 One of the two drake Wood Ducks in the top photo was clearly not wanted near the hen by the other male. Once they sorted that out, one bird was the clear winner of the hens approval and they were inseparable for the remaining time I was able to observe them. The bottom photo was taken as the sun was going down and I like the colours reflected in the water. May 25, East Jordan.
Posted by Russel Crosby at 17:49 No comments: 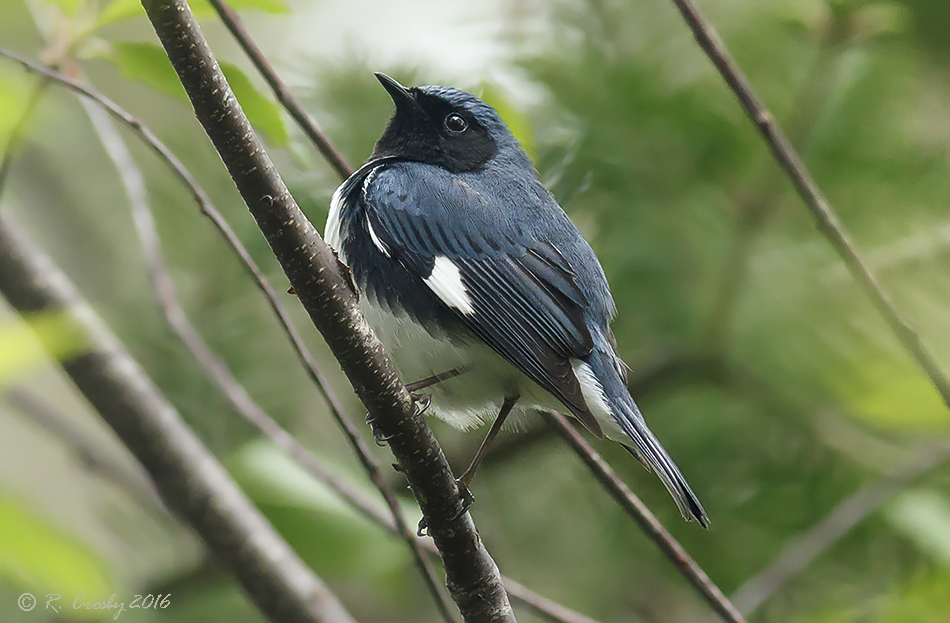 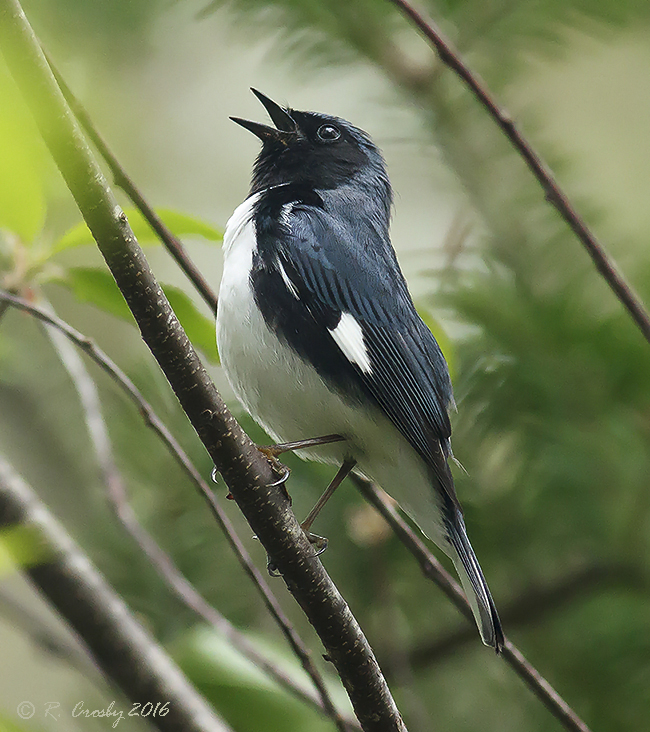 I've been lucky enough to have a breeding pair of Black-throated Blue Warblers nesting near my house the last few seasons. Although I don't often see the female and I haven't found a nest yet the males' song often makes me aware of his presence. May 25, East Jordan.
Posted by Russel Crosby at 17:37 No comments: