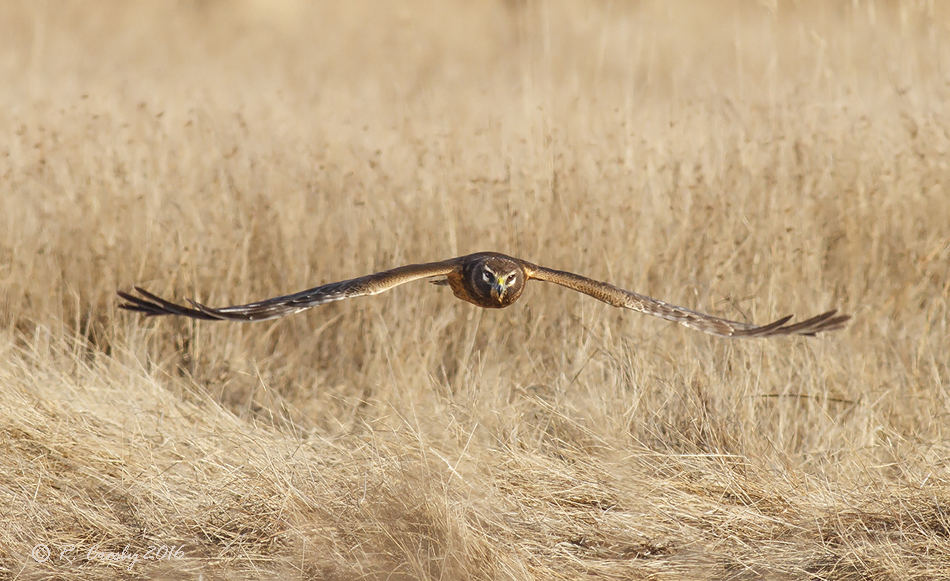 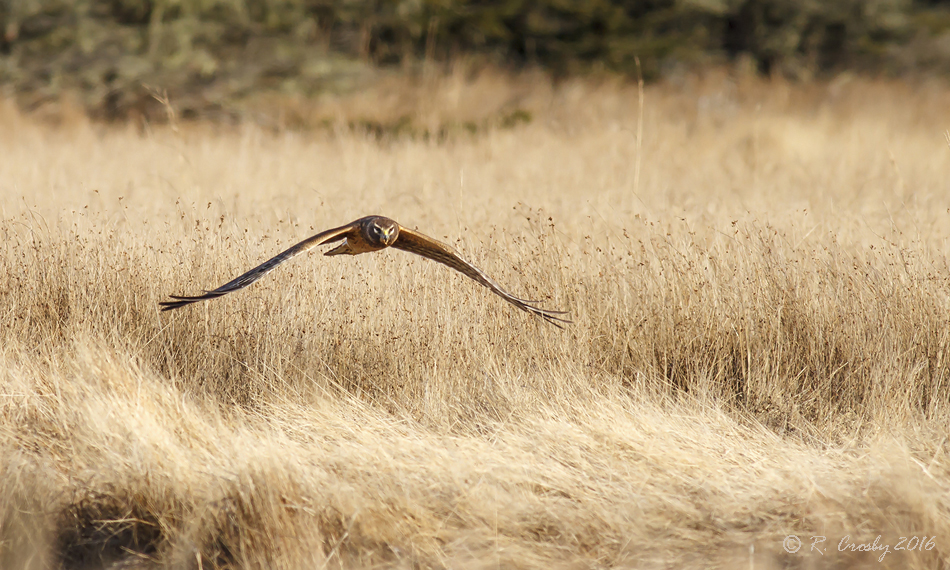 I took these shots on February 7 near Matthew's Lake. I suspect it's the same bird I've been seeing in the area since early Winter.  The eye colour is noticeably darker than the harrier I photographed in the Fall which is why I'm assuming it's a female. Not that easy to tell from these pictures.
Posted by Russel Crosby at 18:56 No comments: 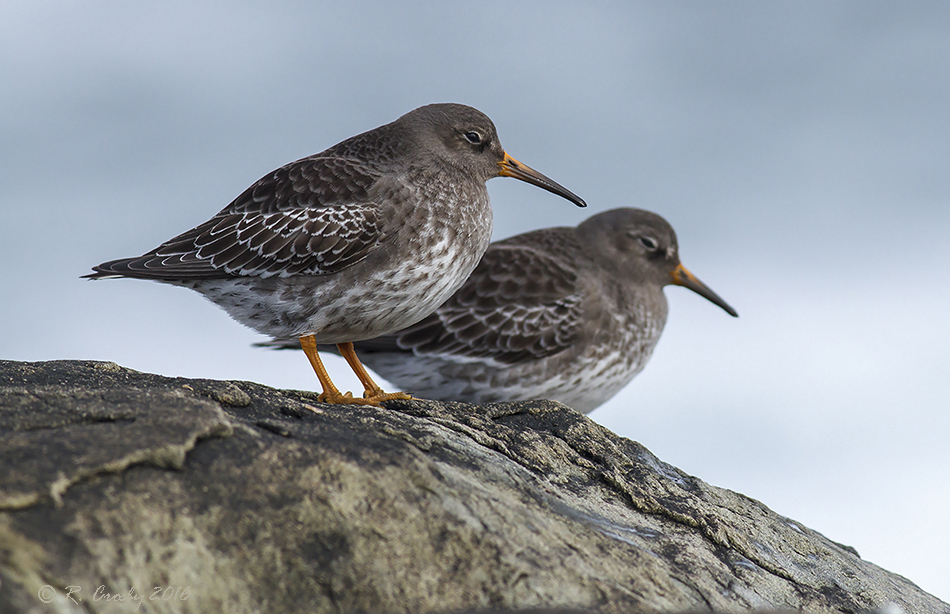 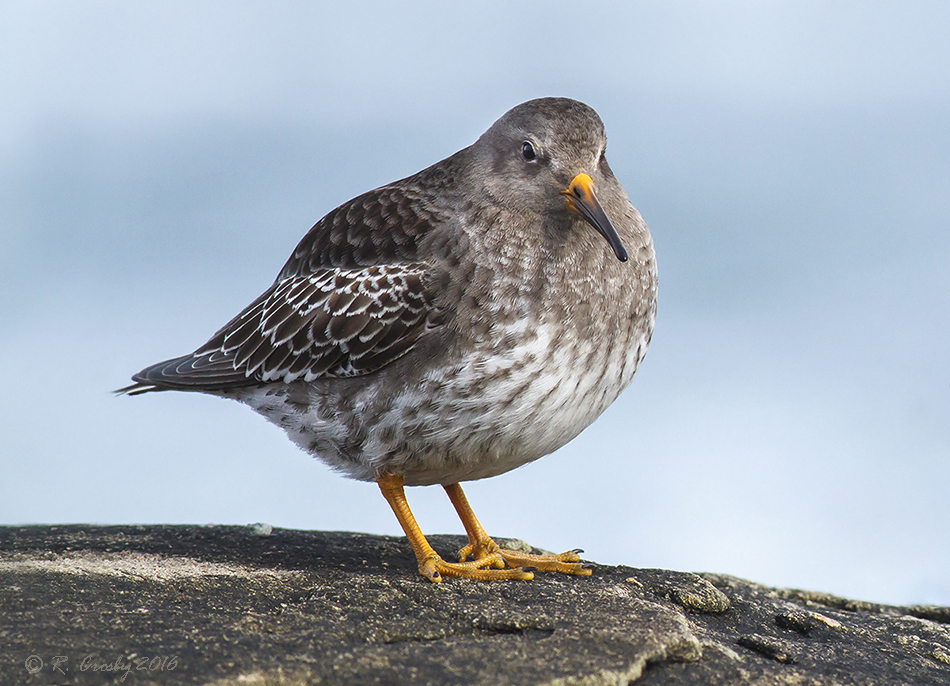 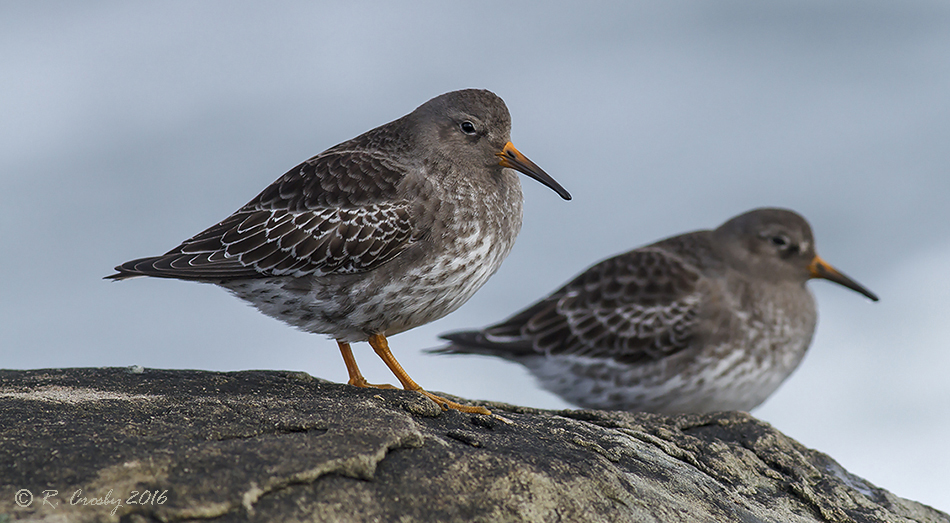 A few more shots from the last day of January. These birds were in the same area as the Snow Buntings from the previous post. There were probably 12 to 15 birds in the flock although I was too preoccupied with getting close to actually do a thorough count. I think it's the first time this Winter that I've seen Purple Sandpipers. The tide was fairly high and coming in so these birds were mostly resting rather than trying to feed.

Posted by Russel Crosby at 14:57 No comments: 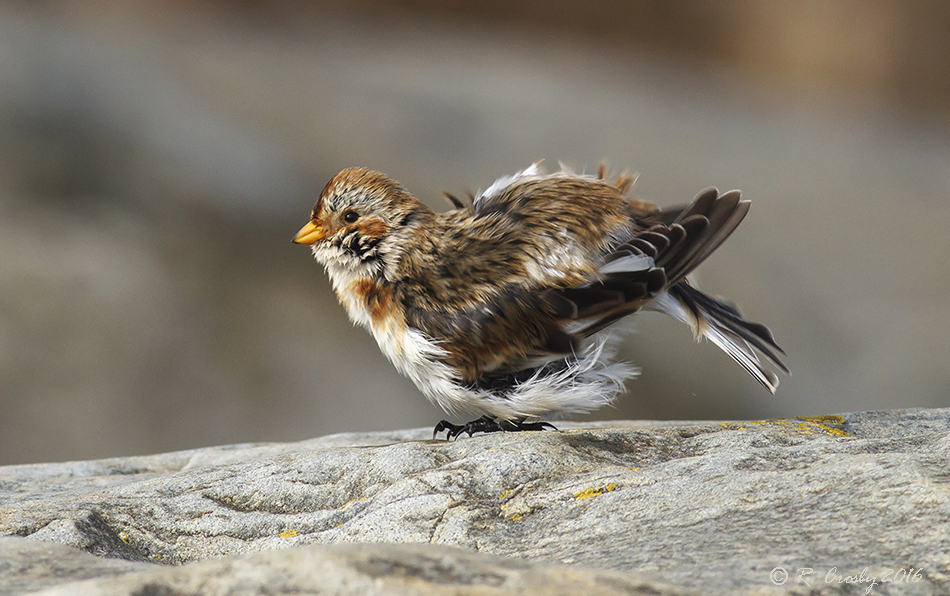 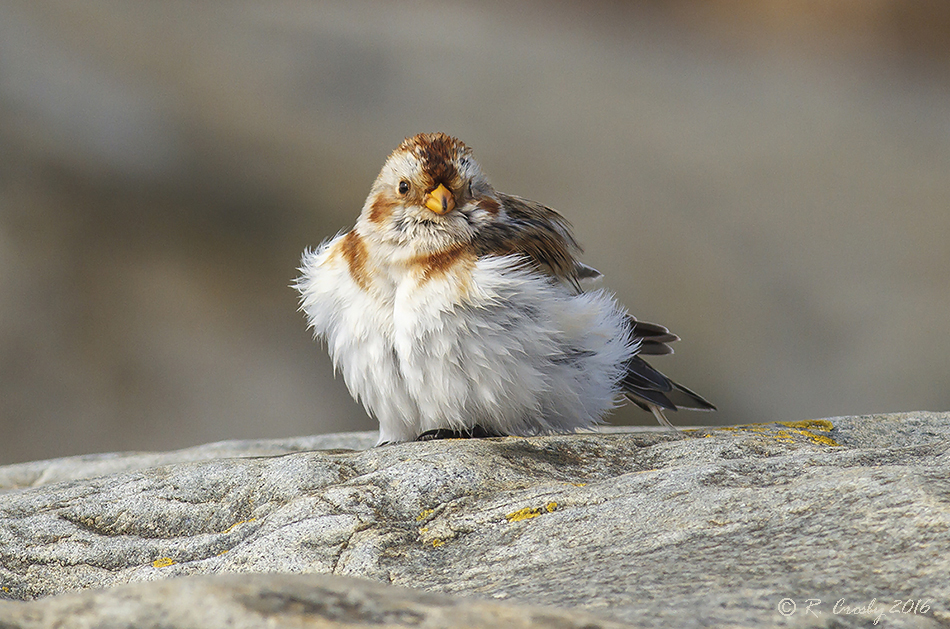 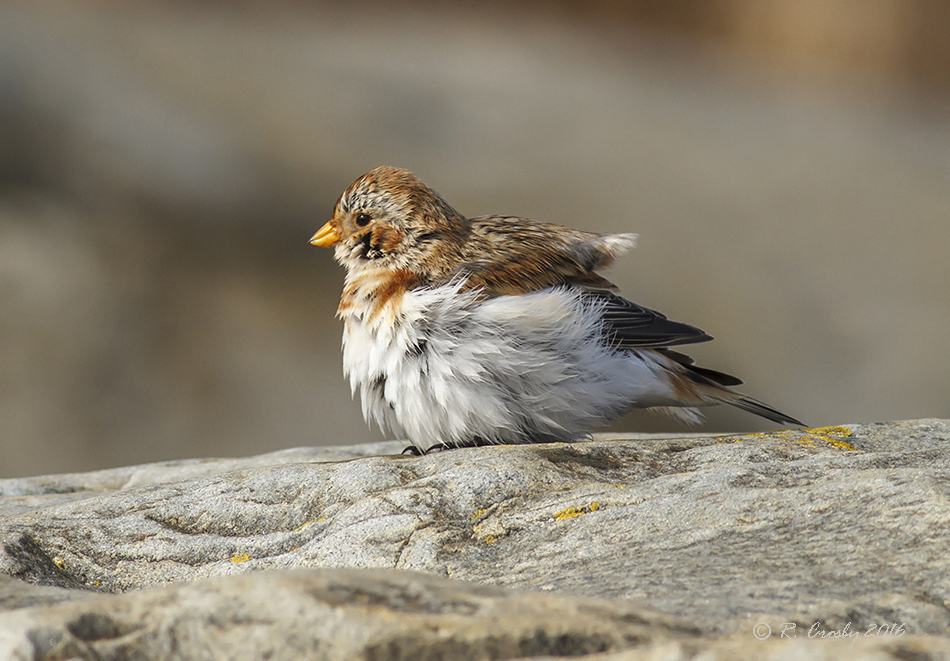 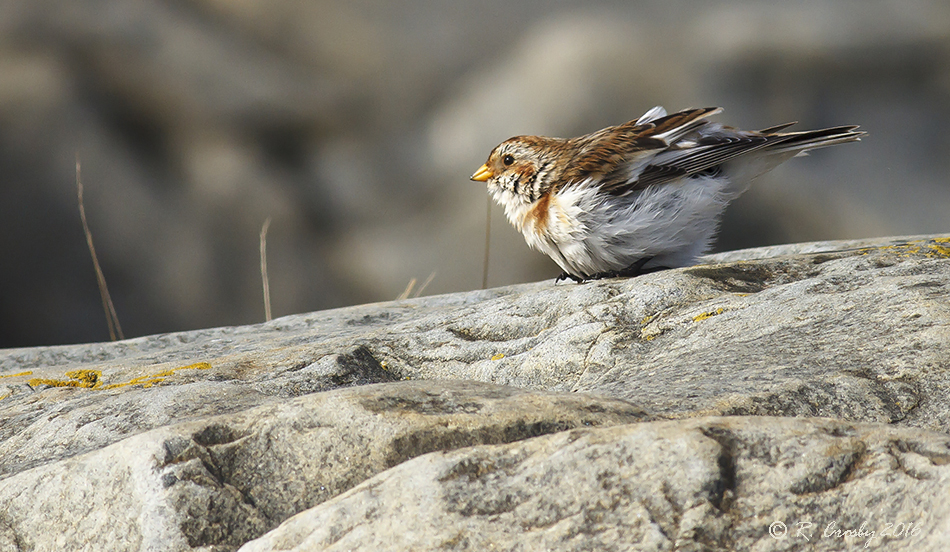 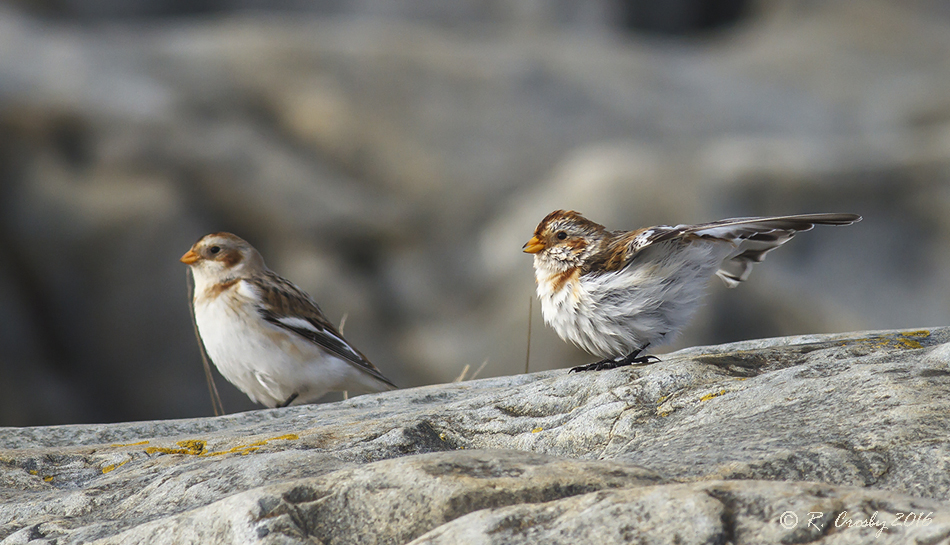 I found a small flock of four Snow Buntings at the end of West Head on the last day of January. The one bird pictured in all the photos here had just taken a bath in one of the little pools of water formed in a depression in the rocks. It spent several minutes shaking out the excess water from it's plumage.

I learned recently that Snow Bunting populations have been listed as in steep decline. It shouldn't come as a big surprise I guess since the majority of  bird species have been declining in the last few decades.  An interesting piece of trivia is that the males don't moult again until after the breeding season and that the stark white/black plumage of the breeding males is a result of the feather tips on the dark parts of the bird wearing down to reveal the black base of the feathers.

Posted by Russel Crosby at 18:03 No comments: