A Past January Highlight - Short-eared Owl 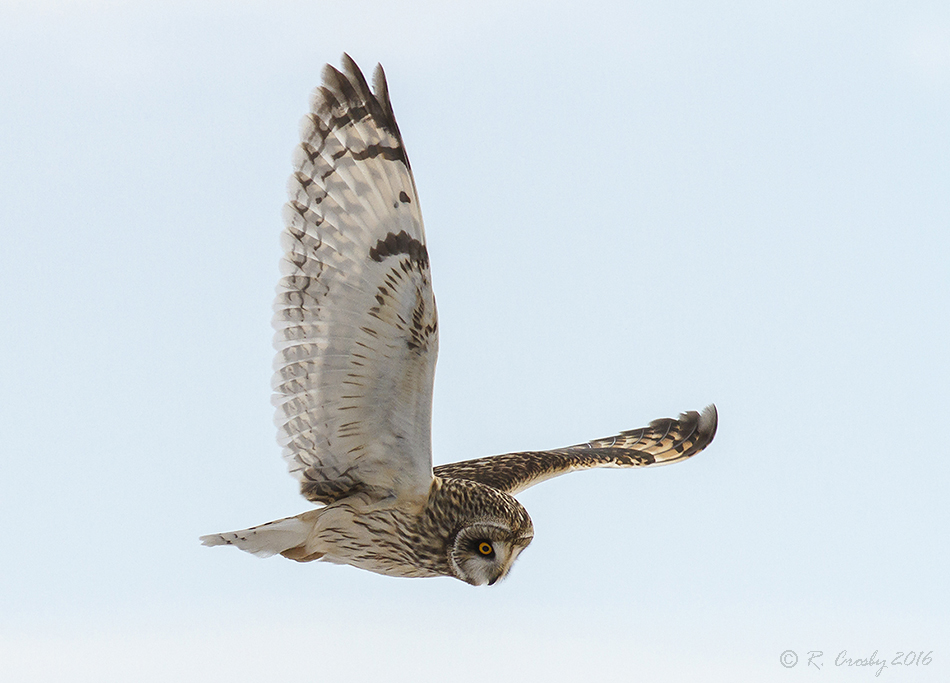 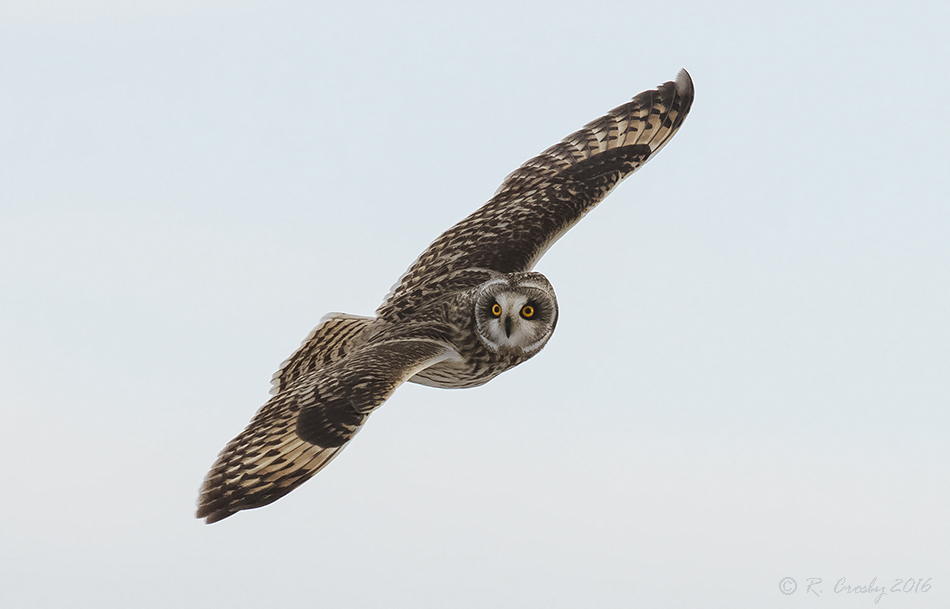 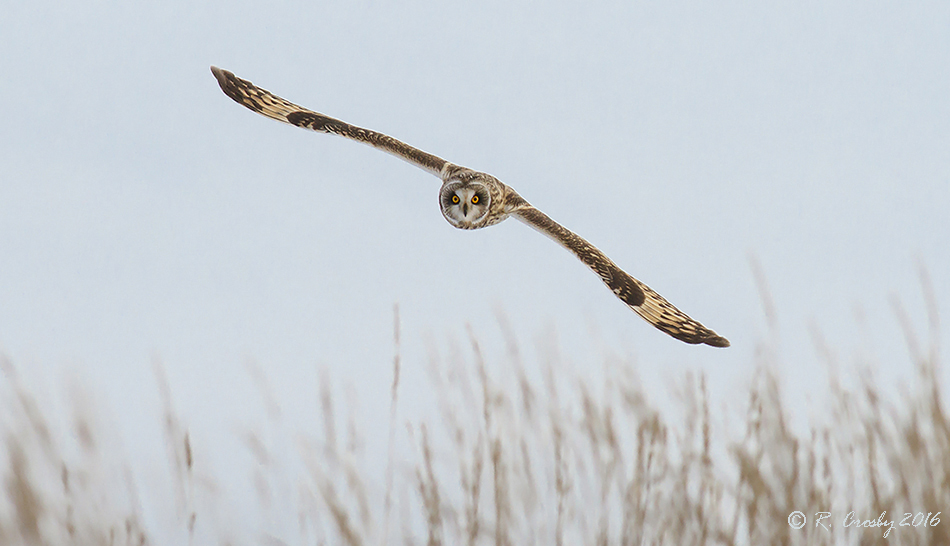 Well, since it's the last day of January for this year and since I don't have a lot to show for it,  I thought I'd delve into my pictures from previous years and pick some that didn't previously make it into the blog. I had so many shots from this January day back in 2014 that it was hard to choose which ones to include. Short-eared Owls rank pretty highly among the birds I would like to be able to photograph, unfortunately there haven't been any in the areas I typically go for the last couple of winters - at least to my knowledge.

It hasn't been good for owls in general this winter now that we seem to be on the tail end of the Snowy Owl irruption that started two winters ago. I have had only one sighting this year. It's also likely that Barred Owl numbers are down as well since last winter was so harsh with frozen layers in the thick snow cover that made it hard for the owls to get at their regular food source of small rodents.
Posted by Russel Crosby at 17:23 No comments: 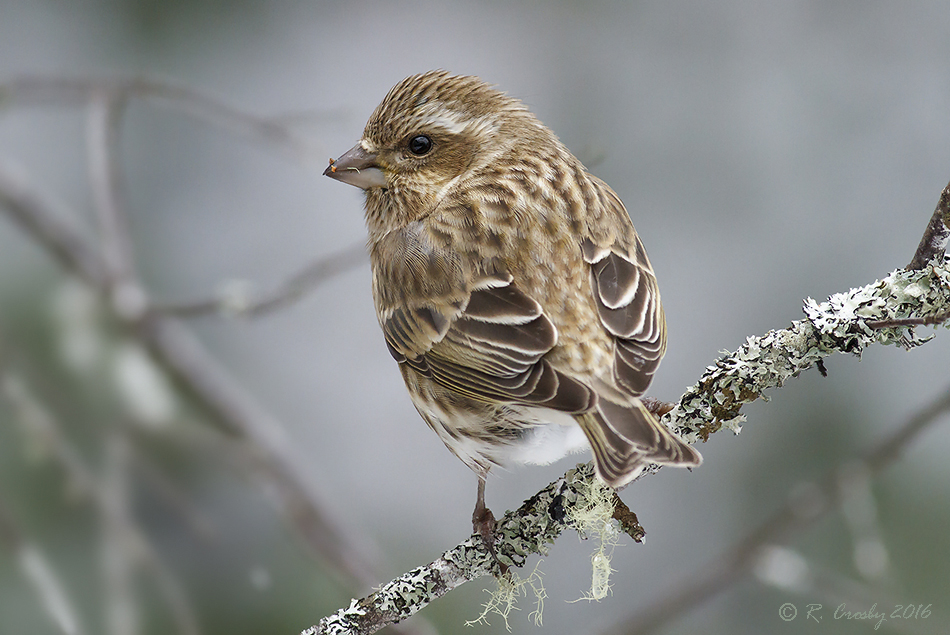 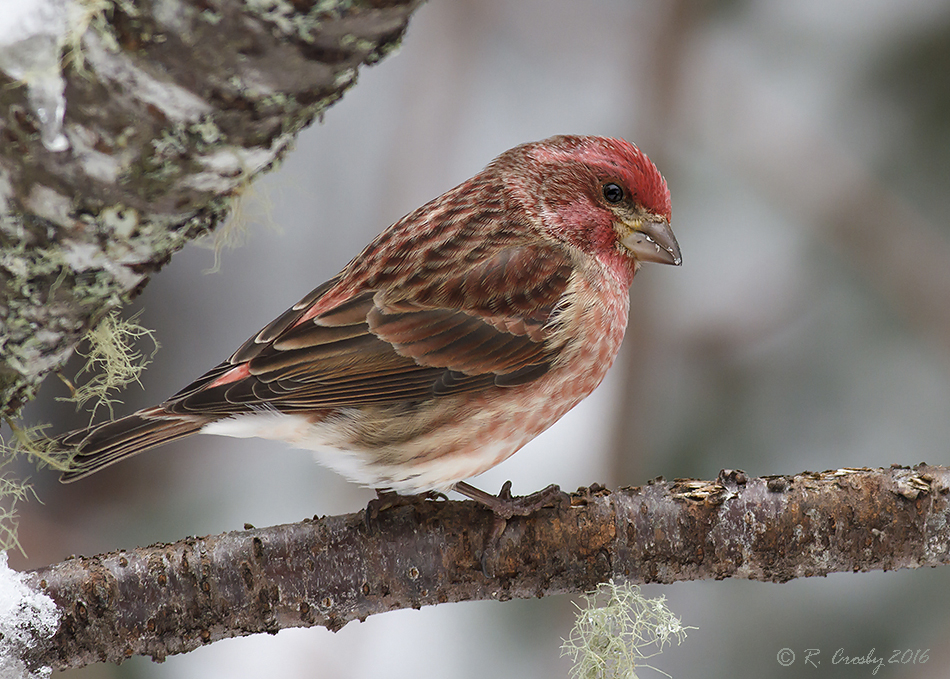 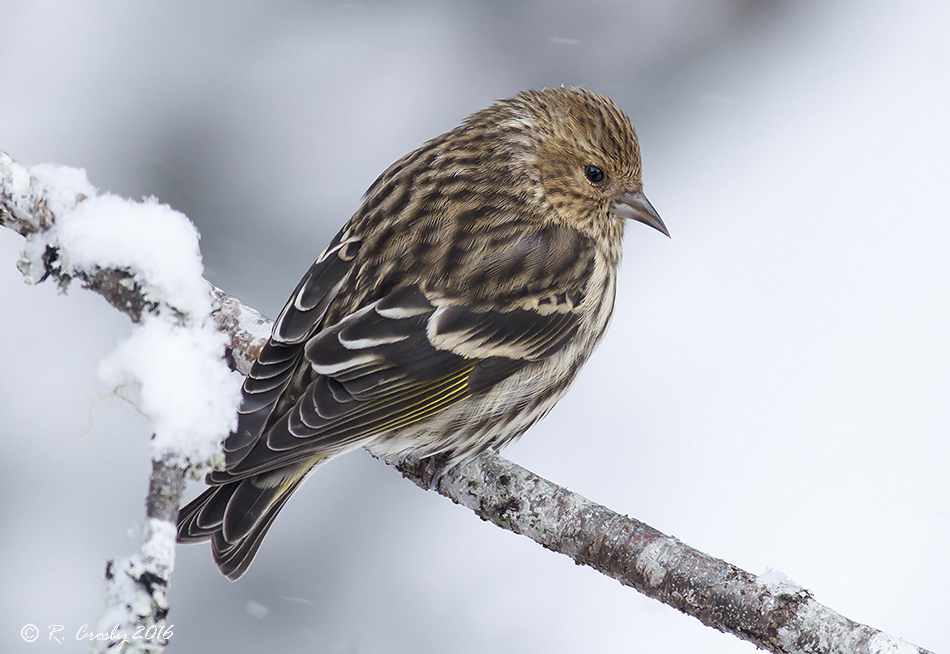 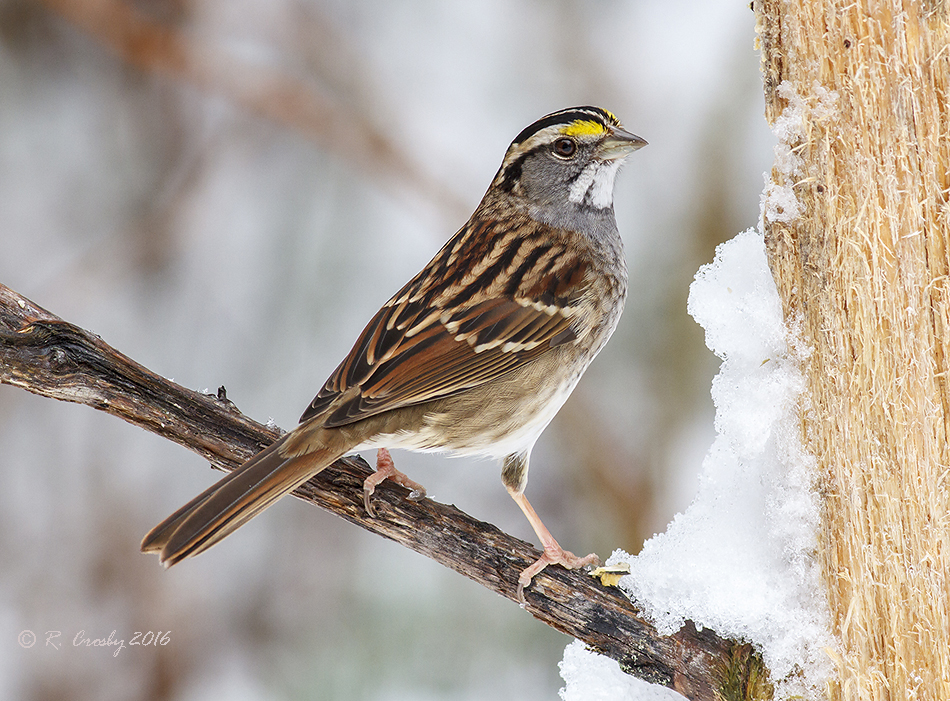 Now that the snow has arrived and seems to be here for a while the birds are a little more regular at the feeders. Besides the numerous Goldfinches there are a few others like the Purple Finches and a few Siskins mixed in. The White-throated Sparrows are always here it seems,  mostly foraging on the ground beneath the feeders.
Posted by Russel Crosby at 16:34 No comments: 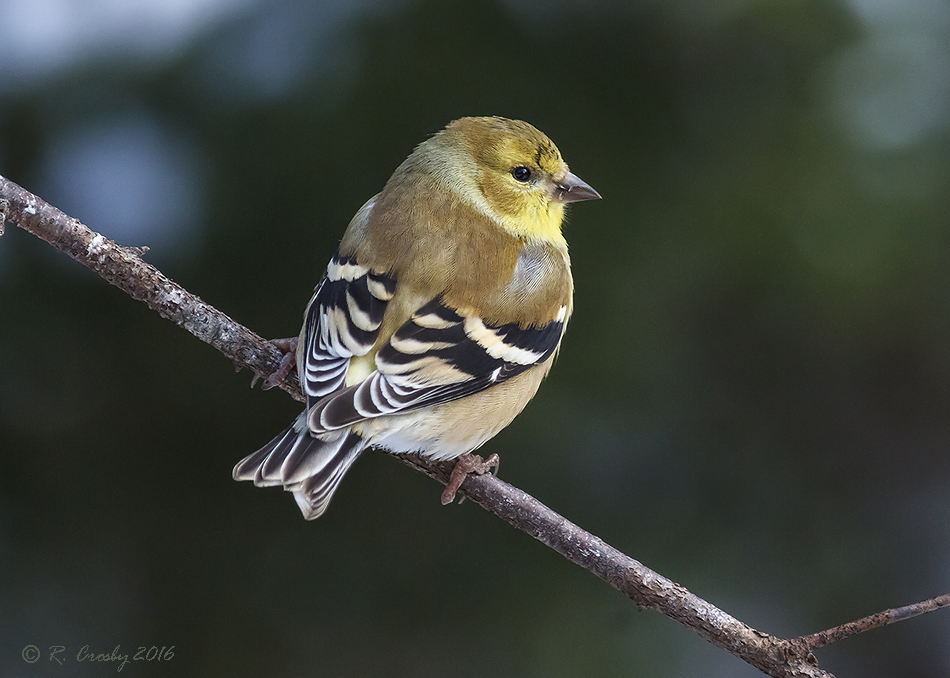 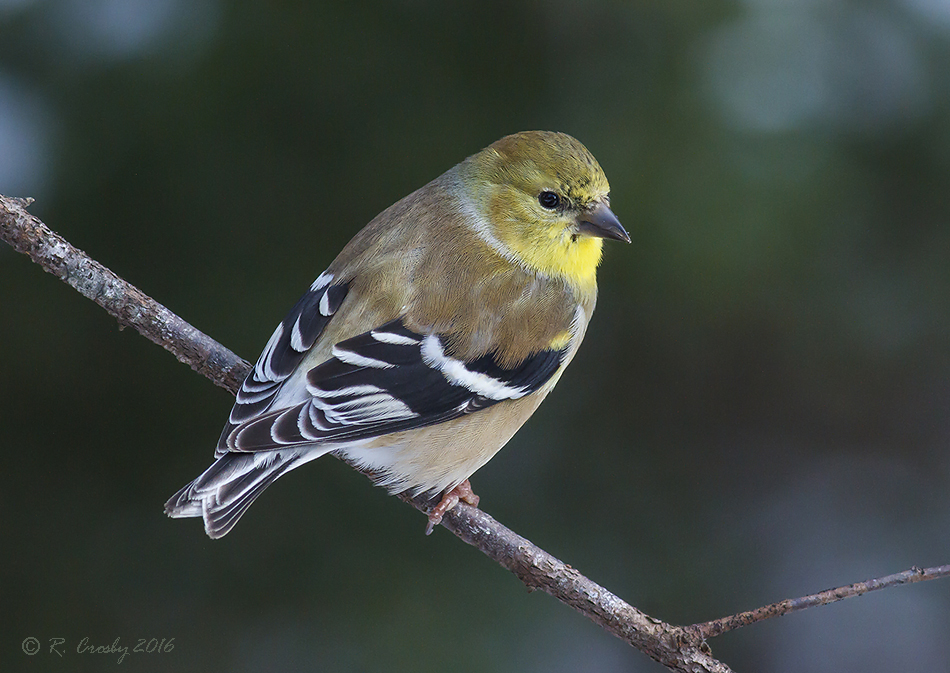 After a slow start to the feeding season there are now large flocks of Goldfinches in the yard as well as the other regulars. Still hoping for something a little more exotic.  January 14, East Jordan.
Posted by Russel Crosby at 15:33 No comments: 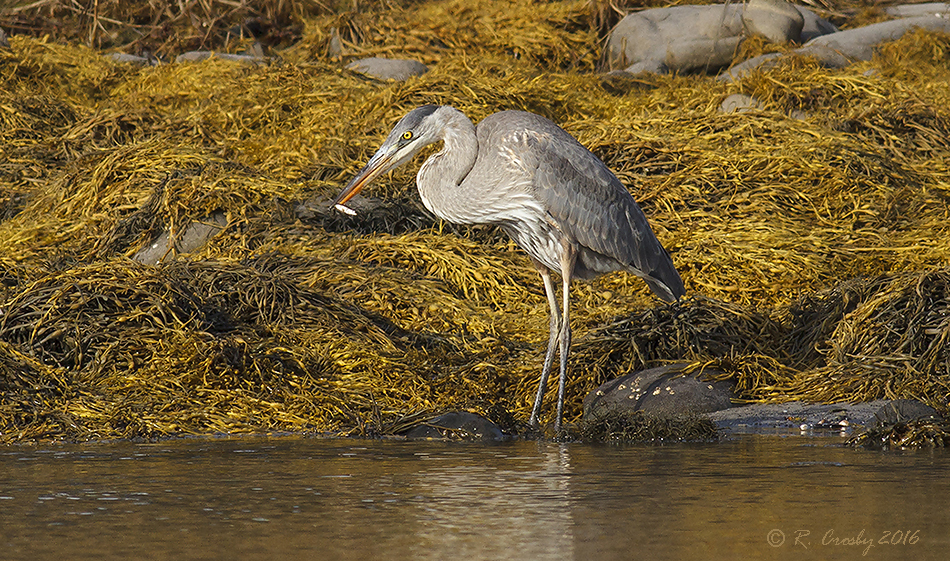 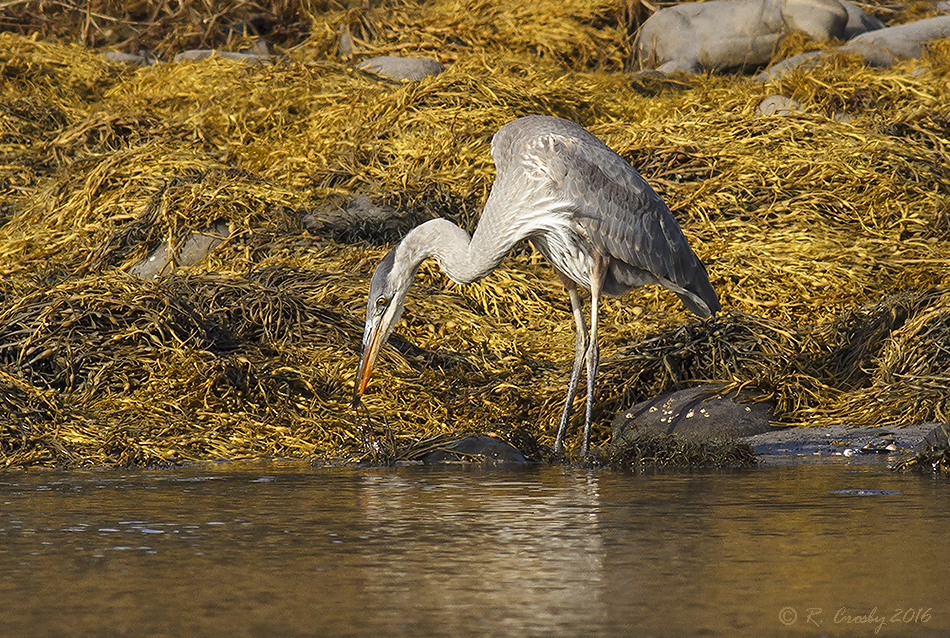 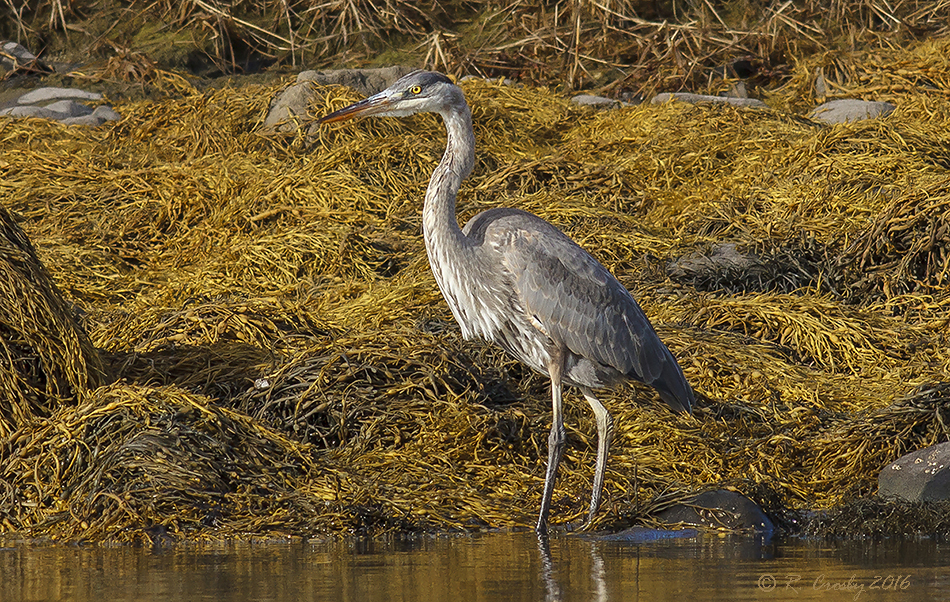 There are usually a few Great Blue Herons that choose to overwinter in this area. How well they do generally depends on the severity of the winter. Generally it seems like it's more often the juvenile birds that are here this time of year like this bird that I found at Little Port L'Hebert on January 8. We've had a pretty mild winter to date so there is still lots of open water for them to feed. 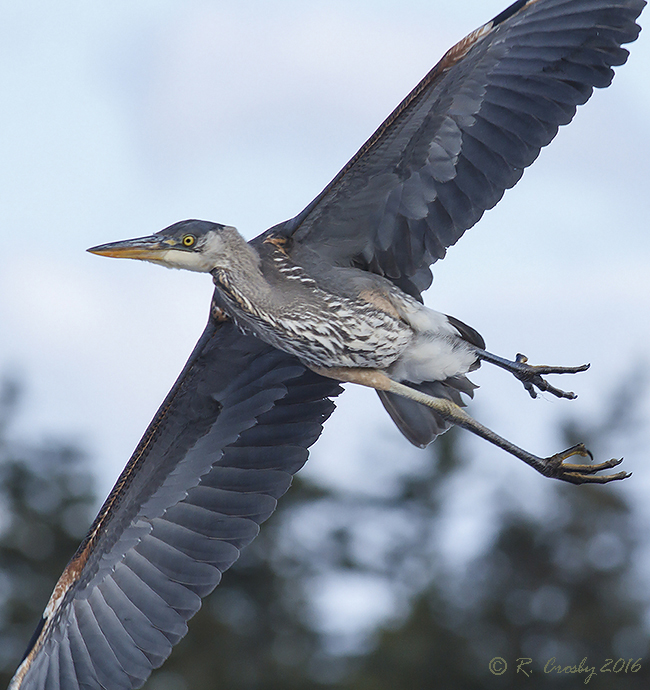 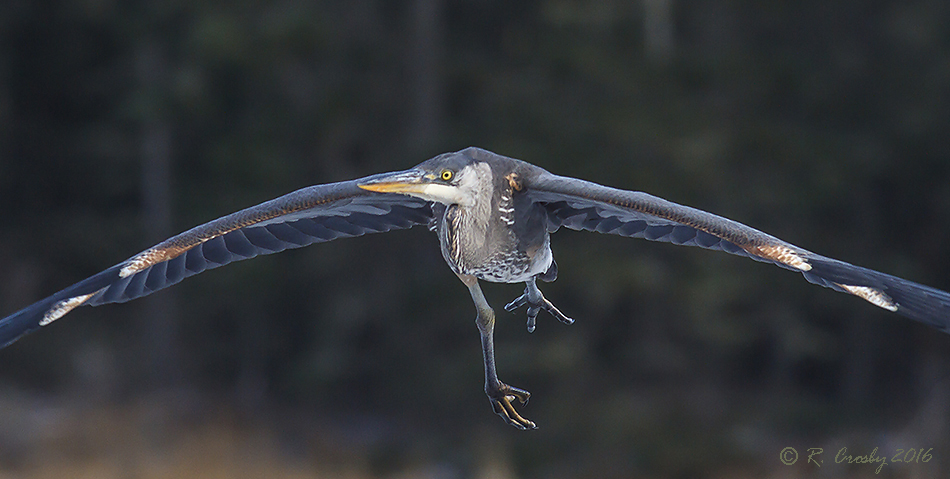 This bird, also a juvenile seemed to be having a problem with it's right leg. I found this bird on January 2 near Matthew's Lake. I think it's likely the same bird I've seen in the area since before Christmas. I hope it's able to survive the winter but given it's condition and the fact that the winter is likely to get a lot harsher in the coming weeks I don't hold out much hope.
Posted by Russel Crosby at 19:22 No comments: