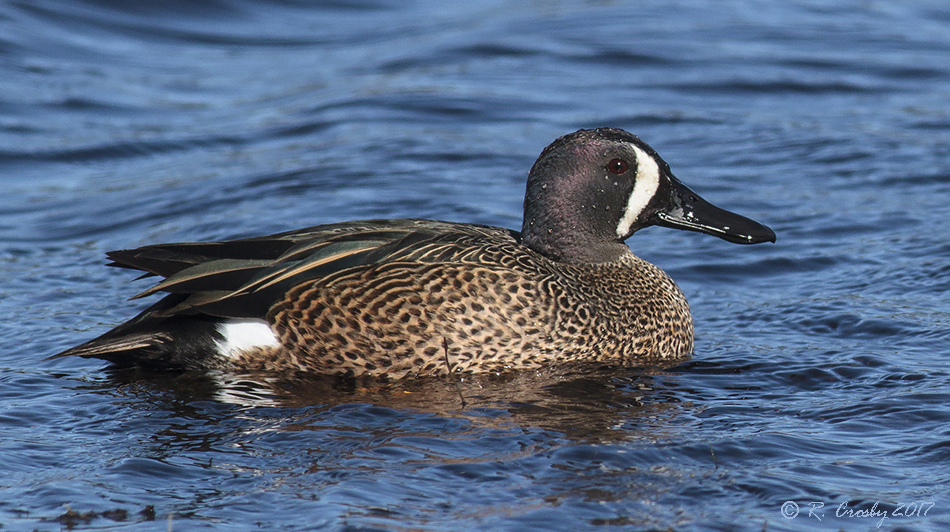 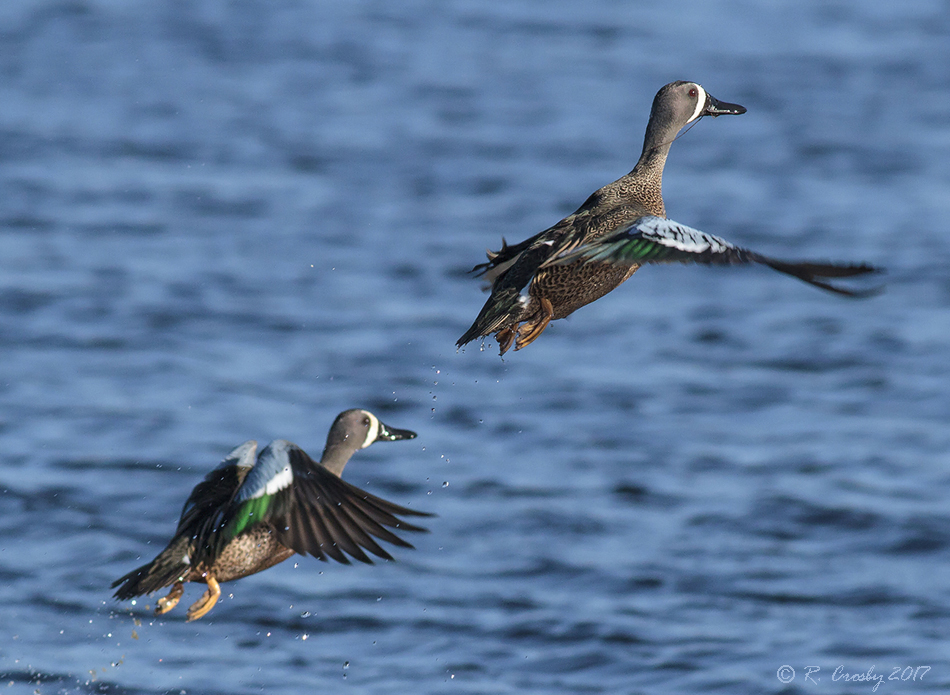 I took these shots on the same day as the Green-winged teal photo in the previous post. It was great to be able to get both species on the same day. I had seen these same two birds earlier in the day but they didn't come close. Later on after I had moved from another location they flew in but still didn't get close enough for a decent photo. As luck would have it a balloon blew up from the beach and drifted across the far end of the pond. They didn't know what to make of it and decided to swim in the opposite direction, fortunately towards me.
Posted by Russel Crosby at 15:27 No comments: 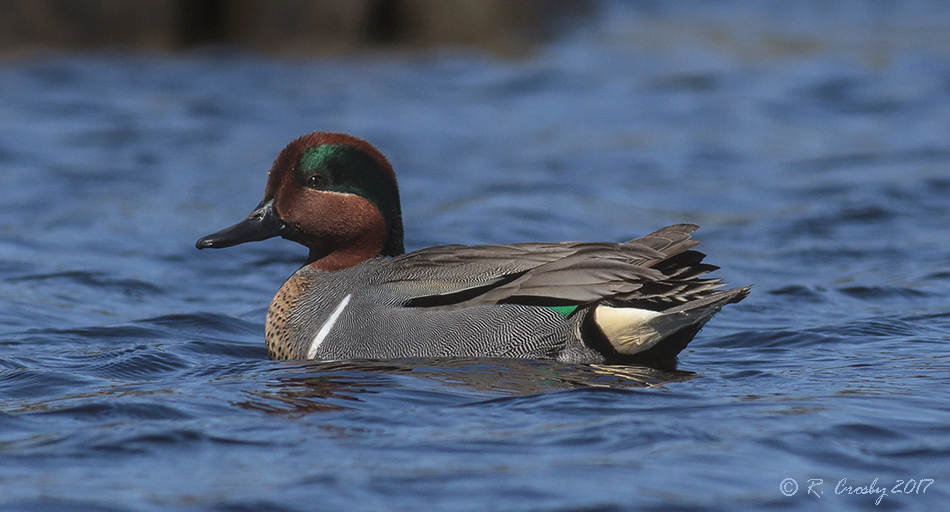 I hadn't noticed any Green-winged Teal in the area when this guy happened to land in front of me while I was photographing Mergansers. I was happy to have  him do that.  March 26, near Matthew's Lake.
Posted by Russel Crosby at 15:34 2 comments: 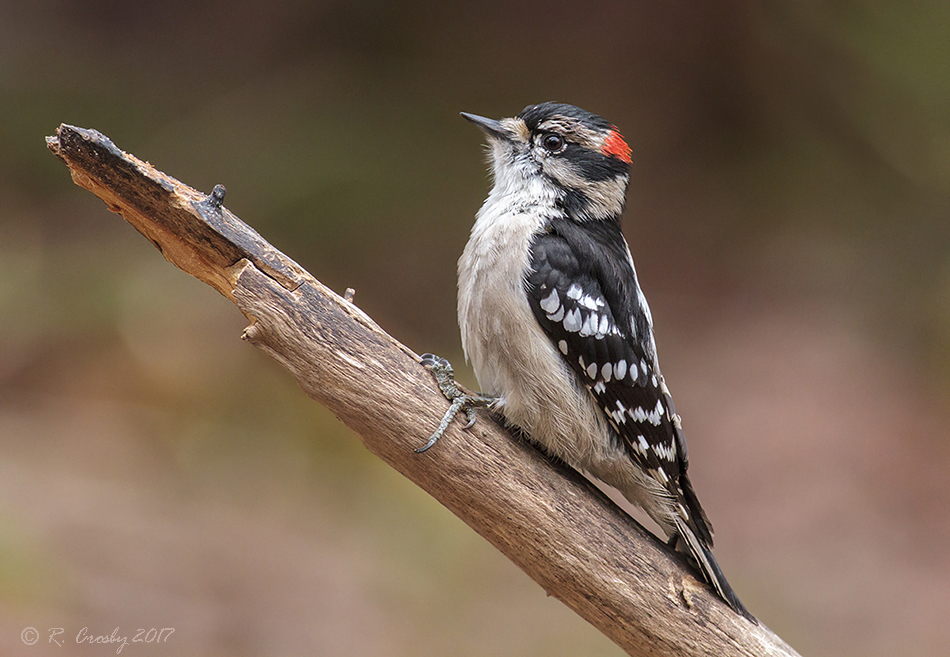 The female (bottom) was the first to show up at the feeders this winter, the male was a late arrival. There was something a little different about the male, his white feathers weren't as white as they should be. I thought he might have gotten into something that stained his feathers but as time has gone on I think he has some melanism that is causing him to look darker than normal. They are beginning to act like a pair in recent days, following each other when they're not interested in food. 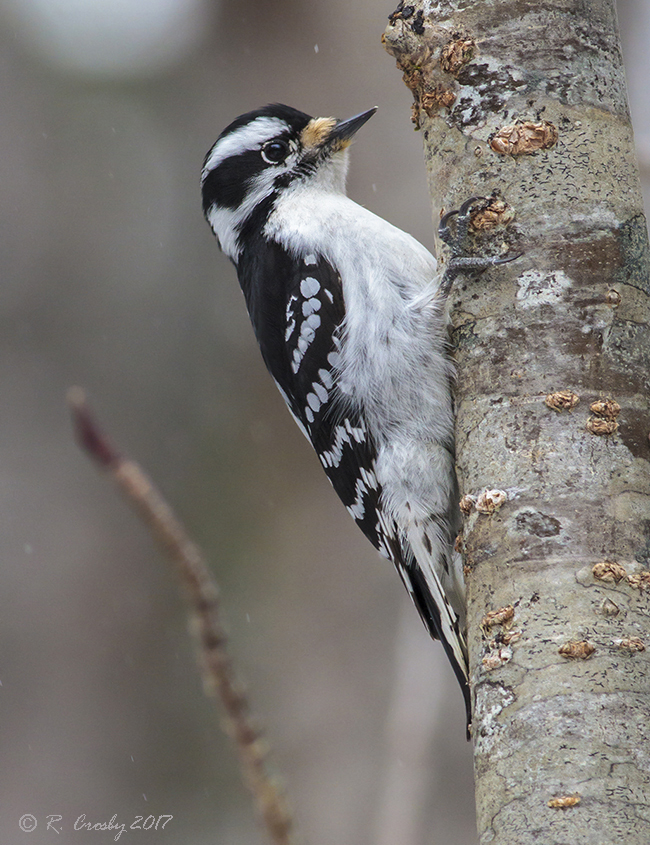 Posted by Russel Crosby at 15:01 No comments: 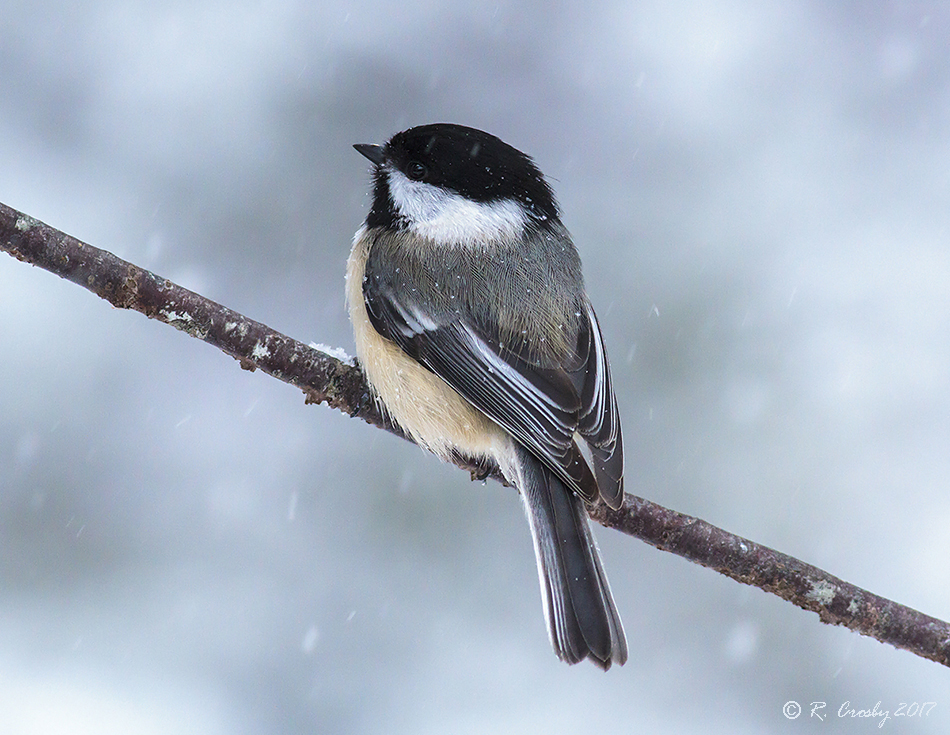 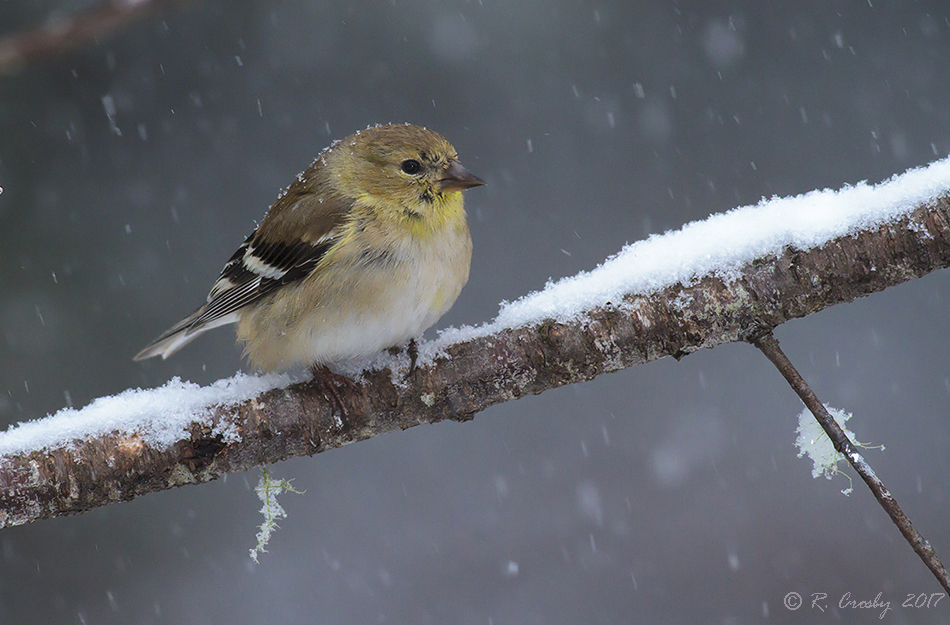 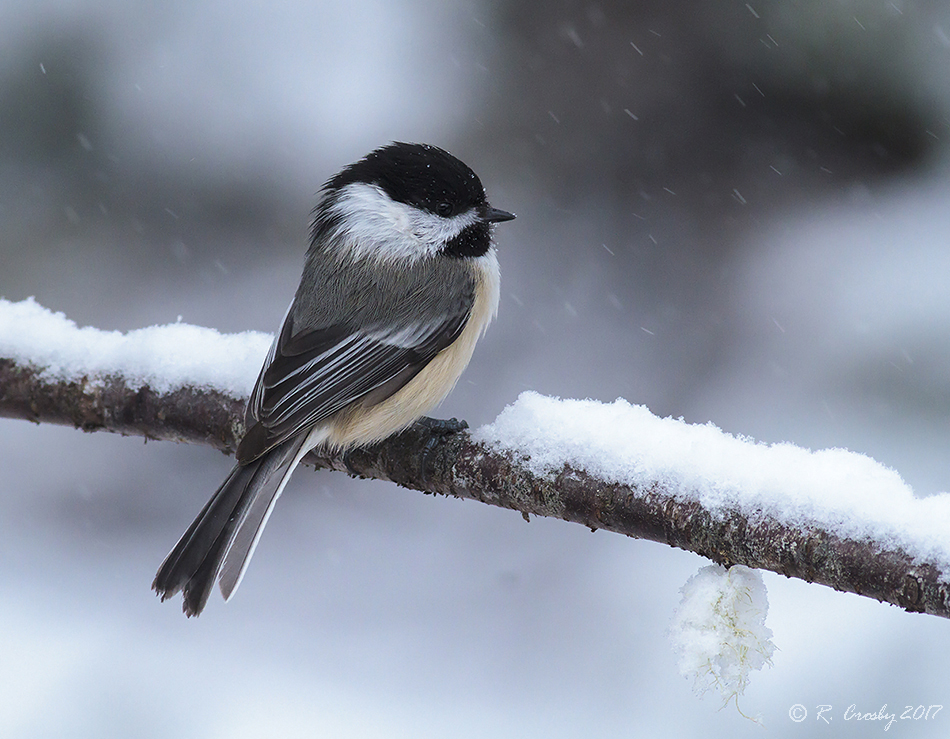 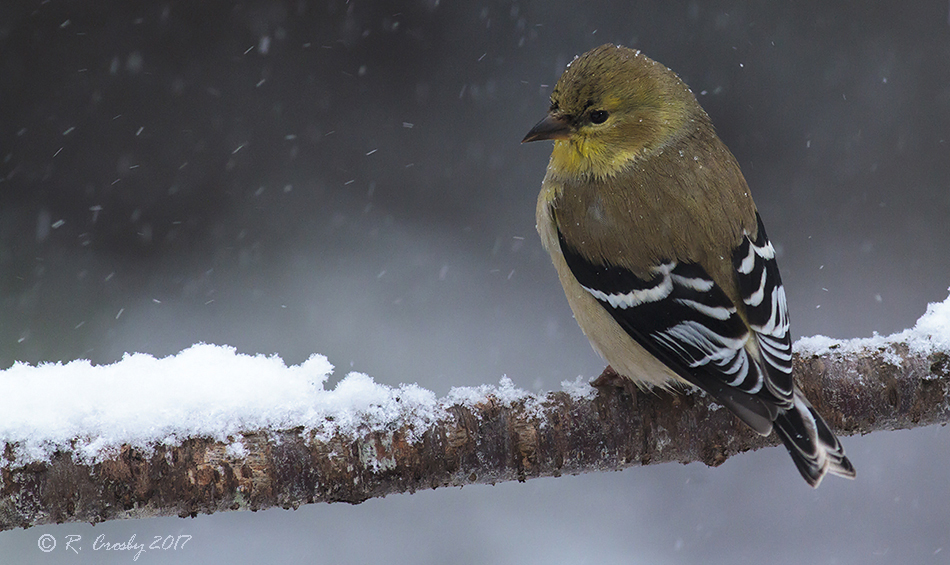 Black-capped Chickadees and American Goldfinches photographed during a snow storm on March 19. It feels a little ironic posting these today on what is the warmest day of the year to date. Seems like the snow is a distant memory although I know better than to assume we've seen the end of it this spring.  It's Nova Scotia after all.
Posted by Russel Crosby at 18:28 1 comment: 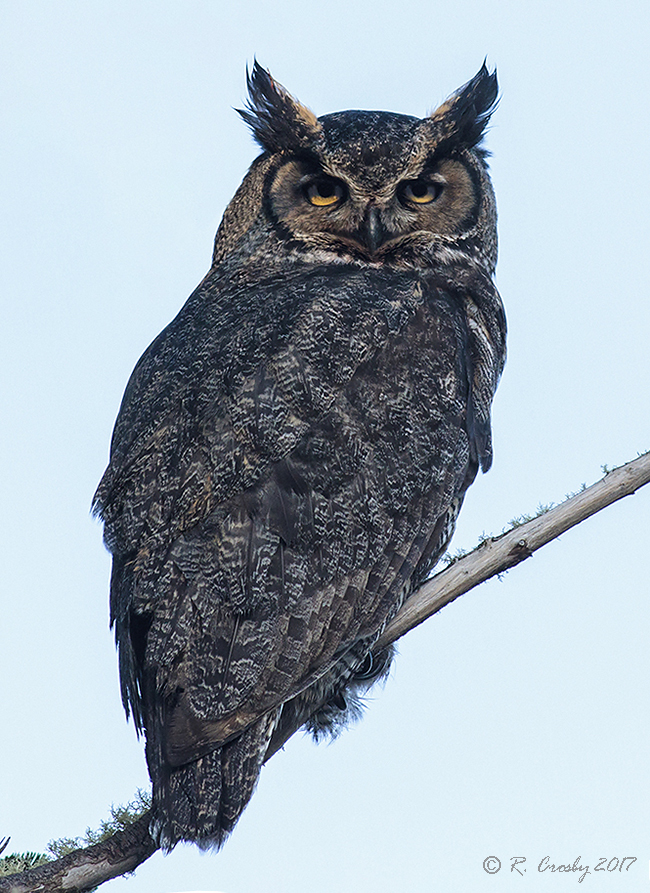 This may be the same bird from an earlier photo. Again, this was one of a pair photographed at a location where I had seen them previously.
Posted by Russel Crosby at 15:13 1 comment: