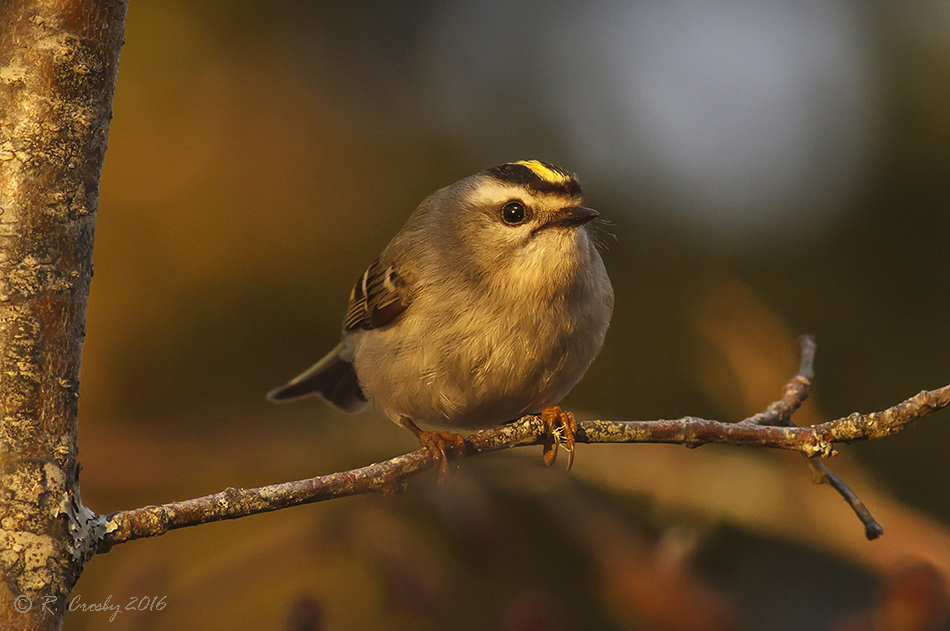 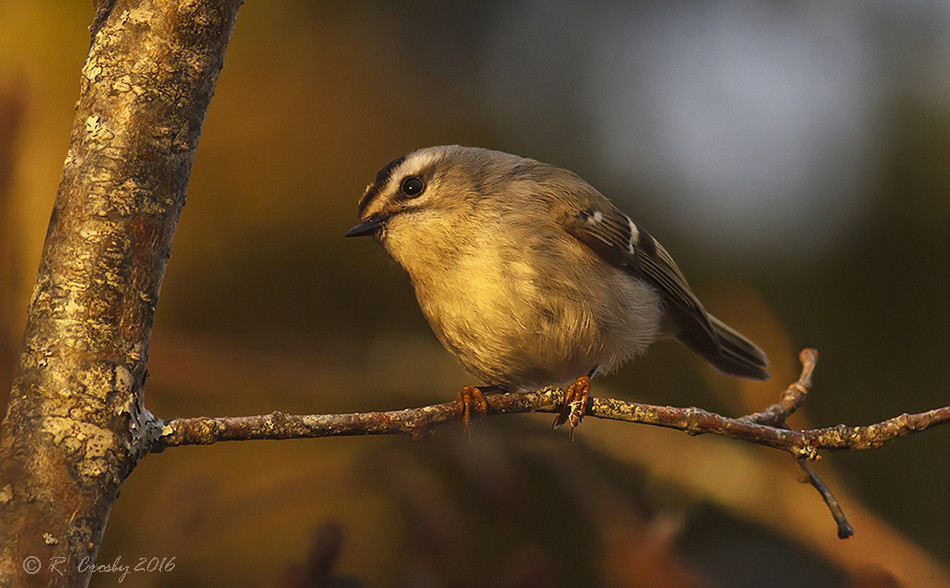 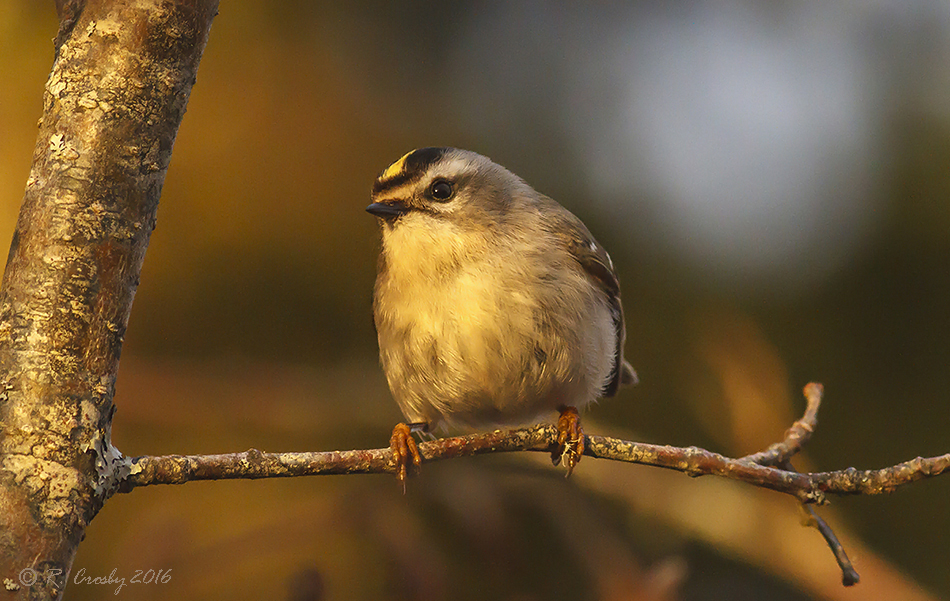 I shot this bird in the golden hour of the day just after the clouds gave way in the final moments before sunset on April 14 near Hemeon's Head.
Posted by Russel Crosby at 18:52 No comments: 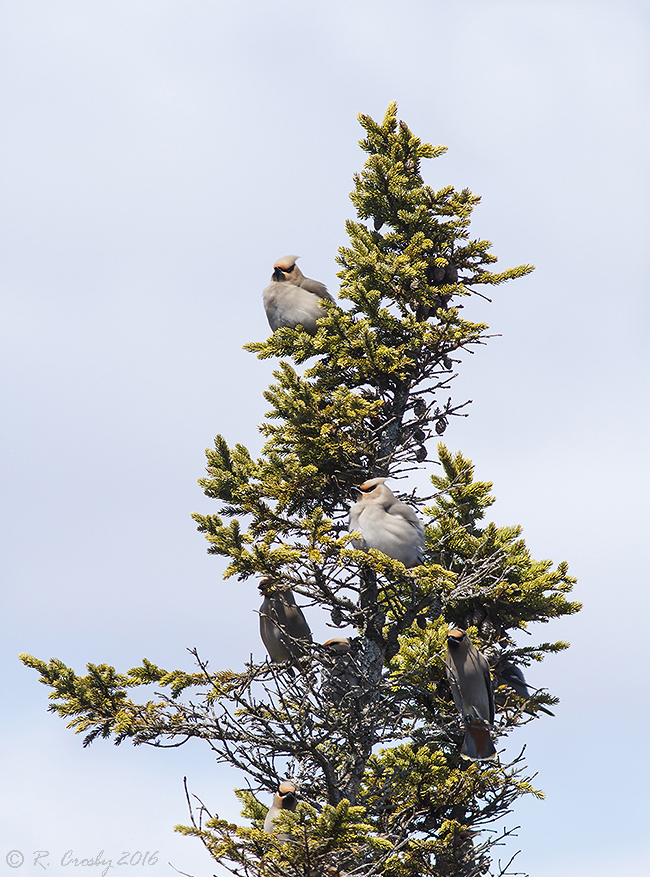 Bohemian Waxwings have been pretty high on my list of birds that I would like to photograph. Unfortunately I haven't had an opportunity in the last few years until recently. On April 9 I was on my way back to my car to head home after a morning of not much luck finding anything to shoot. I had seen a flock of birds in the distance but I assumed they were just Starlings because of the numbers I was seeing. When a few flew a little closer I noticed the yellow tail band and realized what I was seeing. 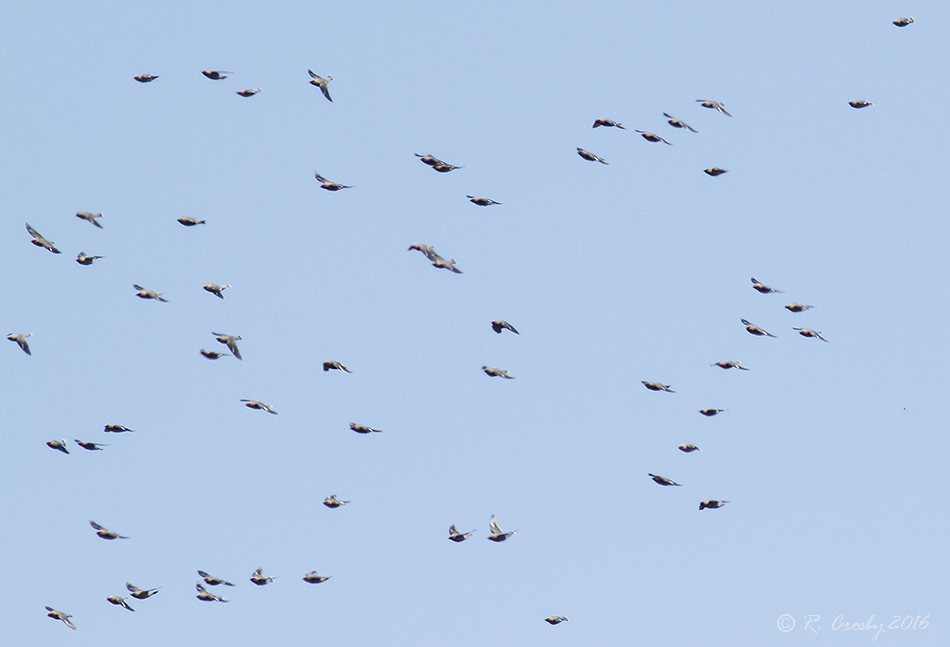 This shot gives an idea of the numbers involved although it's just a fraction of the total group. I estimated at the time that there was 150 - 200 birds in the flock. These were at Hemeon's Head and since it was the middle of the day I decided to continue back to the car and drop off some gear and then go back and find them and hope that the light improved. Somehow I managed to lose the entire flock in that time and so headed home. 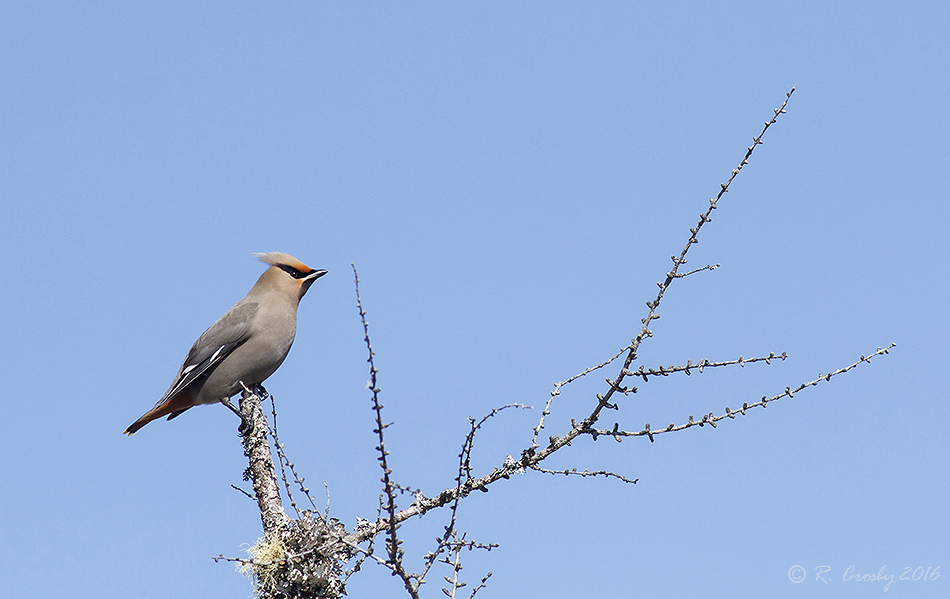 The drive from Hemeon's Head to East Jordan generally takes me about twenty five minutes and as I pulled in my driveway the first thing I saw was a waxwing and as I checked the trees around the house there seemed to be a sizeable flock there as well. 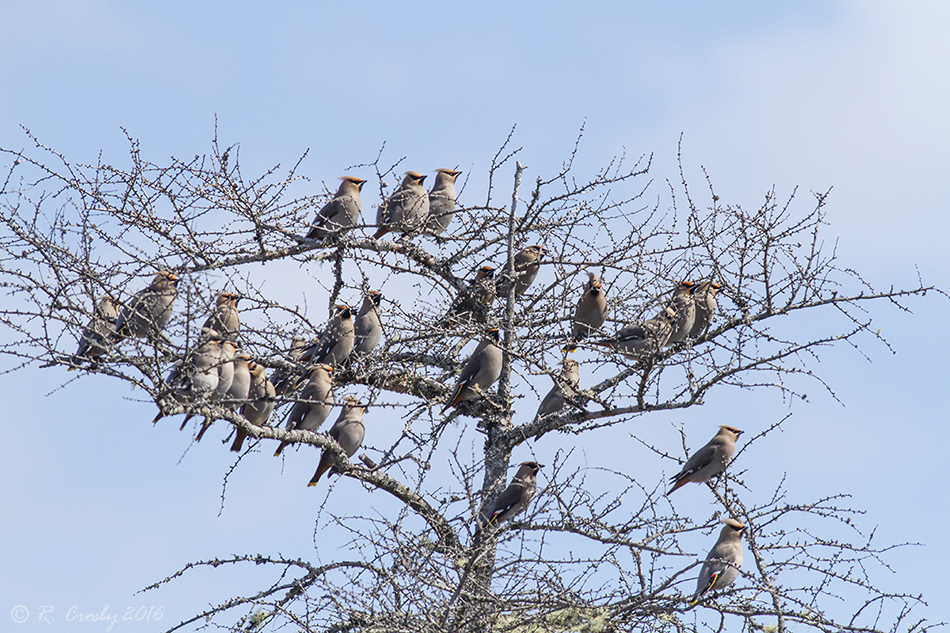 This is probably a little more than half of the total flock I found in East Jordan on the same day. 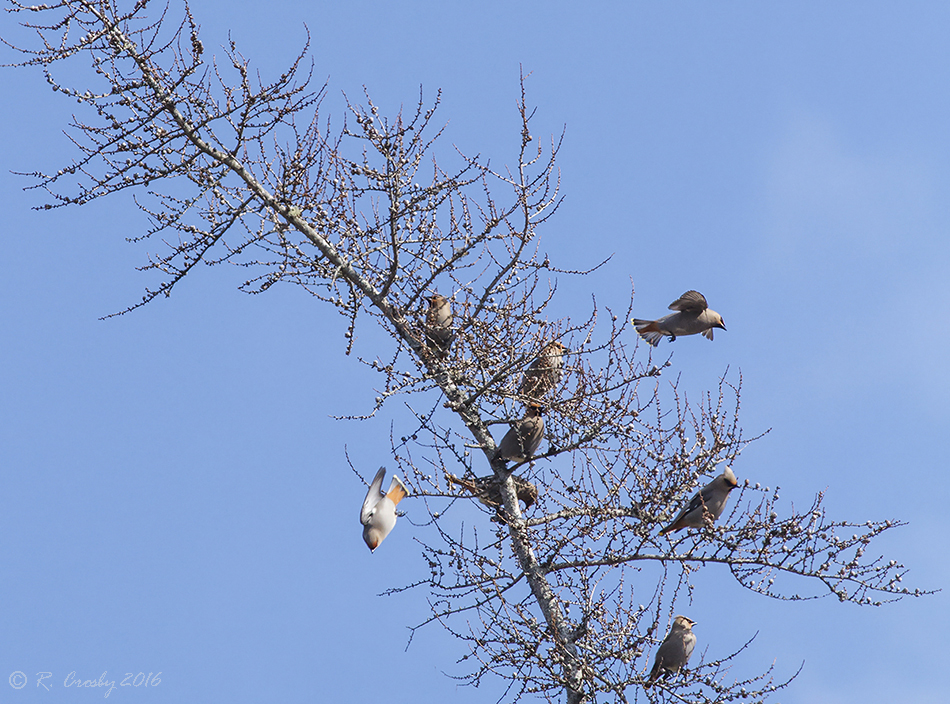 Another shot of the same group of birds. 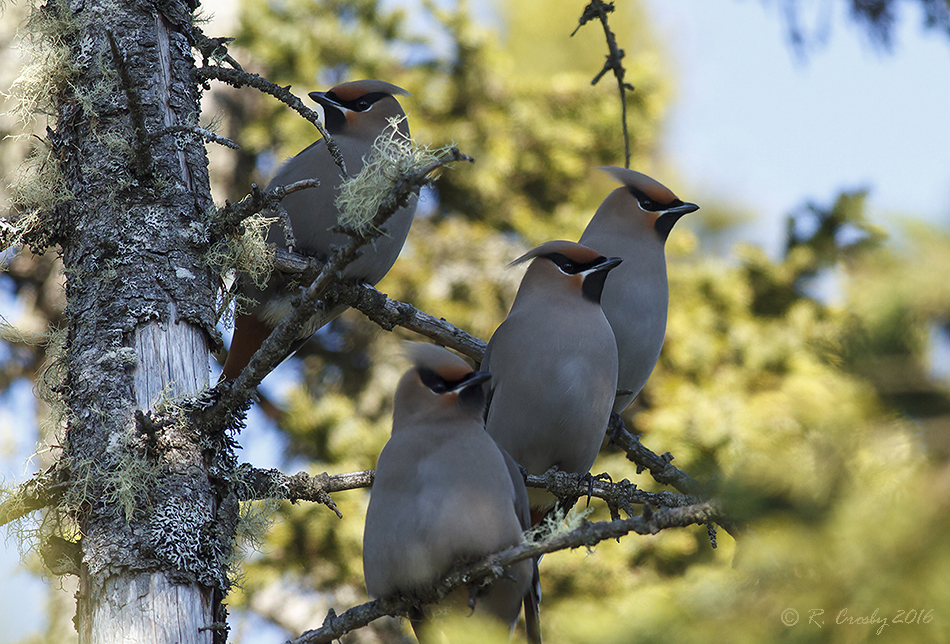 I was back at Hemeon's head on April 13 and found a few birds on that day. 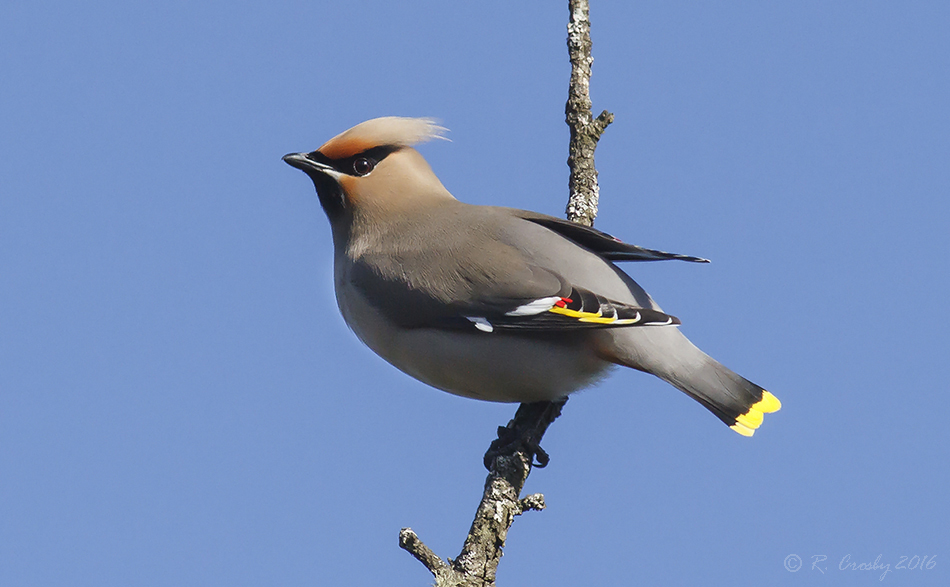 This was the best close-up I managed to get. 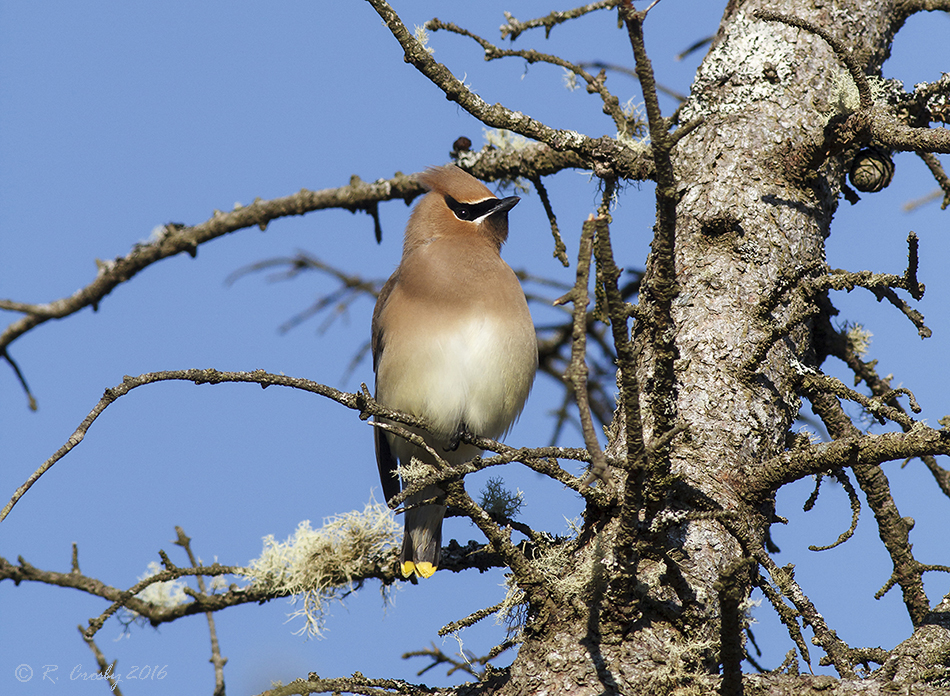 I also found one Cedar Waxwing mixed in. The Cedar seem noticeably smaller when seen with the Bohemians. 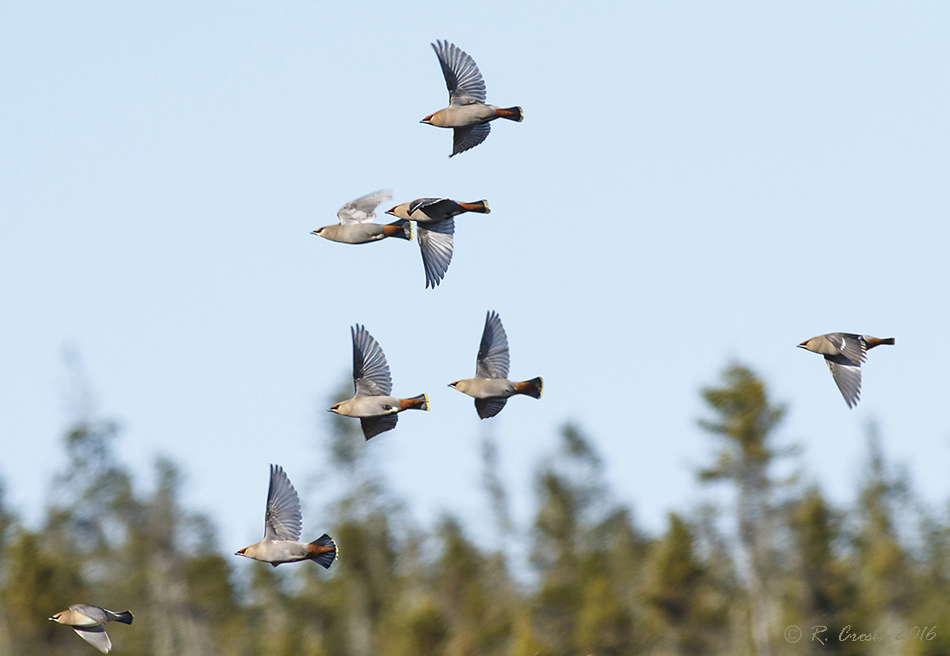 They all took off before I got the shot I was really looking for - something from lower down with trees in the background. That's the Cedar Waxwing in the lead.
Posted by Russel Crosby at 18:21 No comments:

Juncos in the Snow 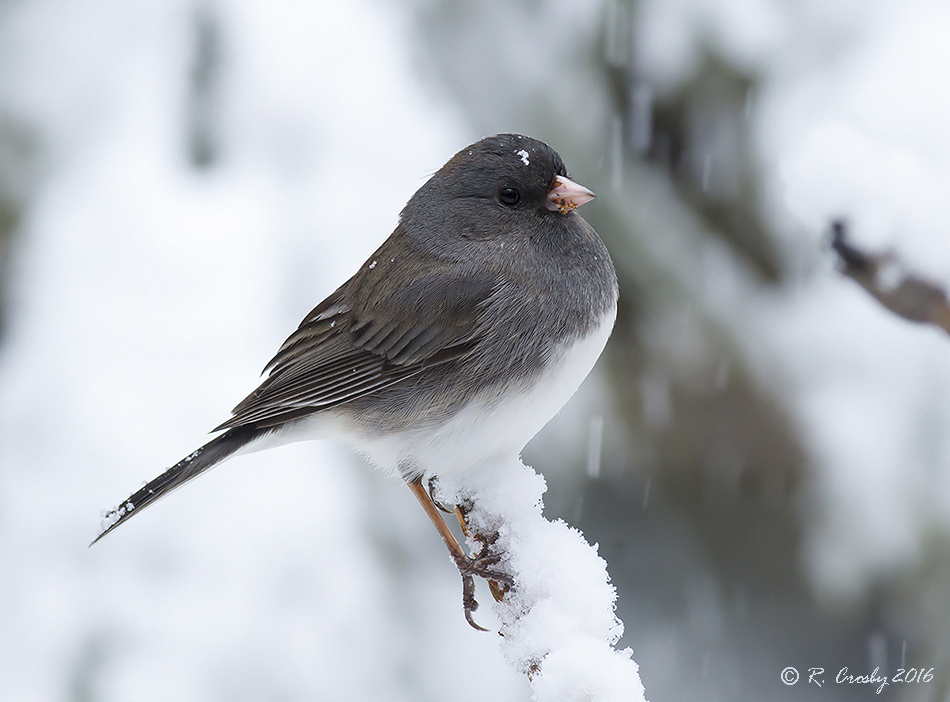 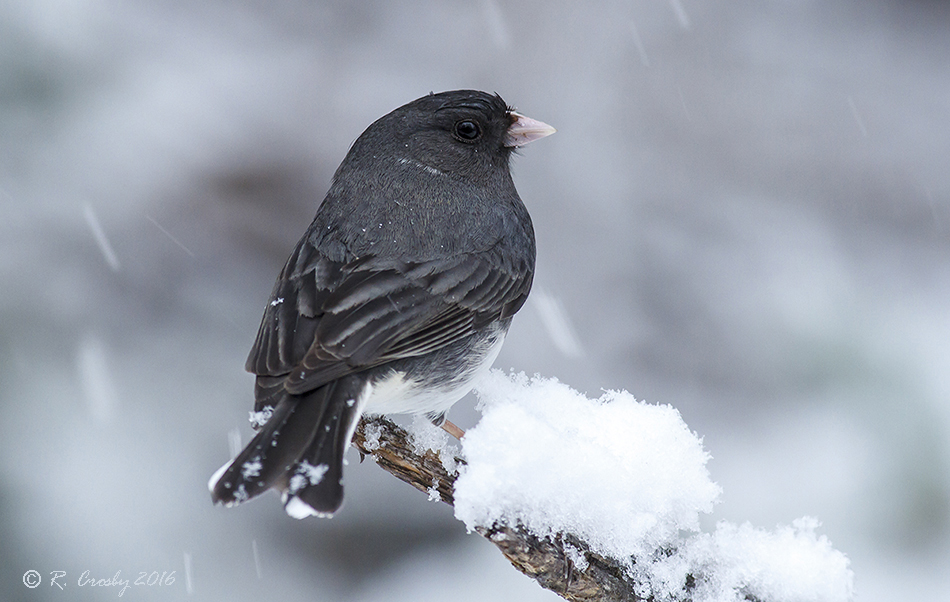 These shots were taken during the last snow storm we had here on April 3. The Juncos had arrived a few days before and other than the numerous Goldfinches and occasional woodpecker were about the only obliging subjects.  I've been holding onto photos for a little while so I guess it's time I started posting a few. These are the first for April.
Posted by Russel Crosby at 18:11 No comments: 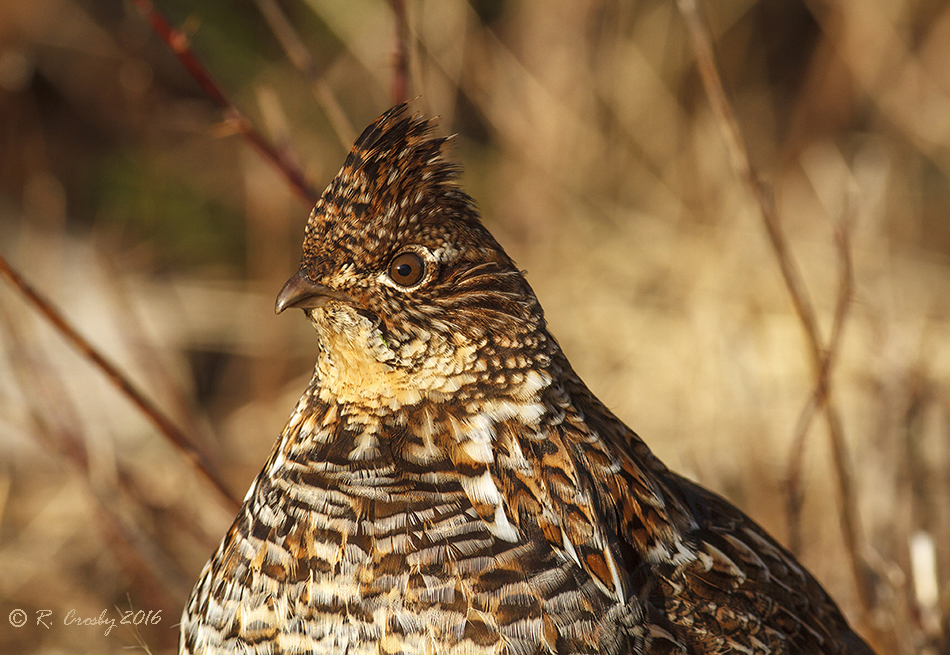 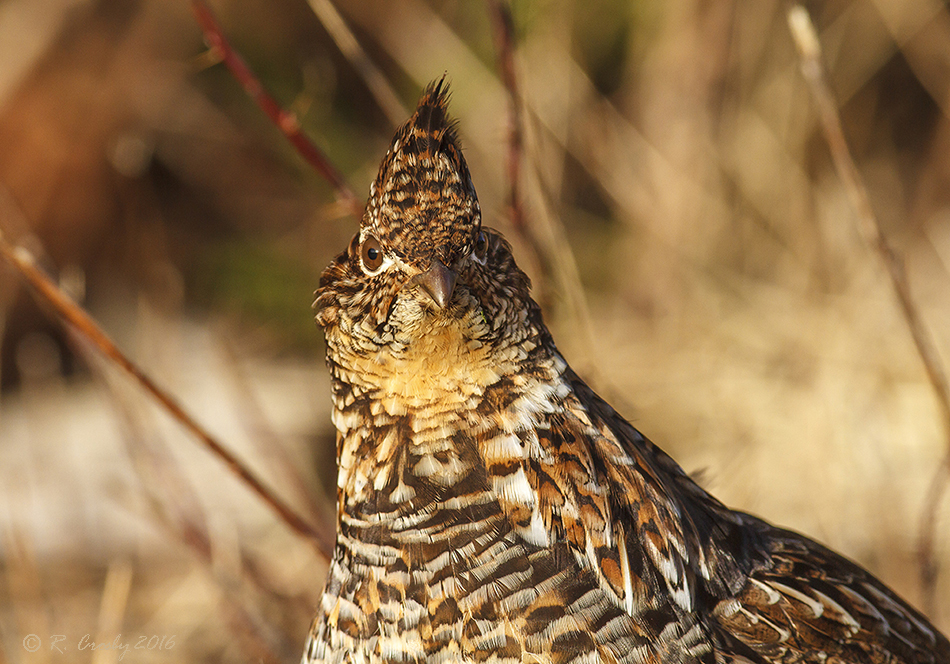 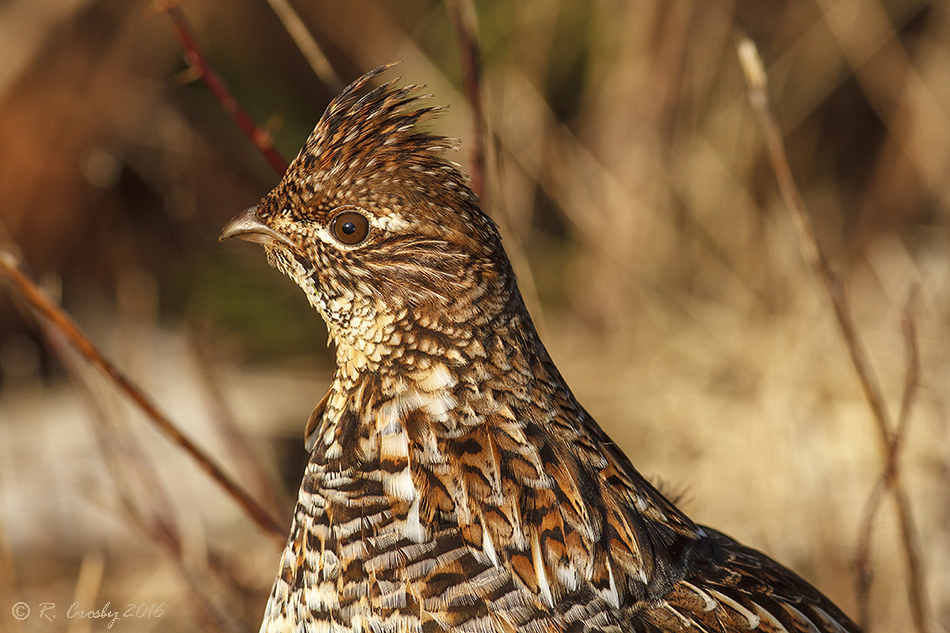 I was on my way home on March 30 when I noticed this bird sitting on the side of the gravel road. It didn't move for several minutes which allowed me to roll down the car window and take a few shots. These pictures were barely cropped if at all which is an indication of how close I was. By the time I moved far enough away to get the whole bird in the shot he/she dad wandered off. Little Harbour NS.
Posted by Russel Crosby at 17:34 No comments: 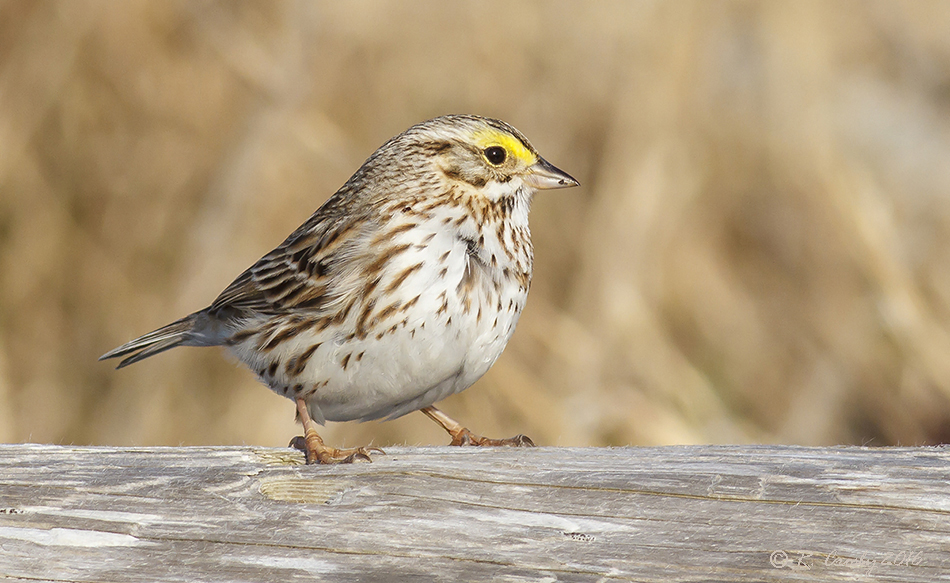 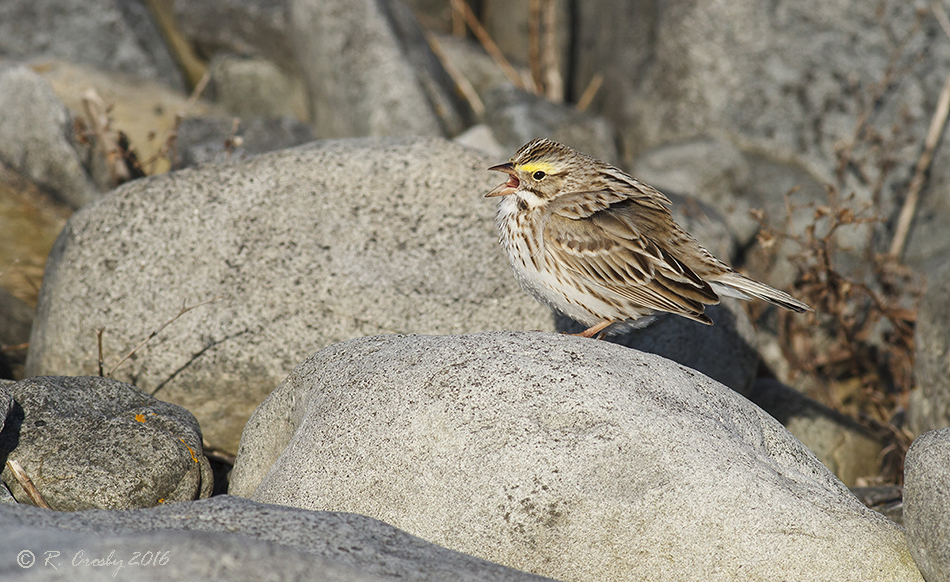 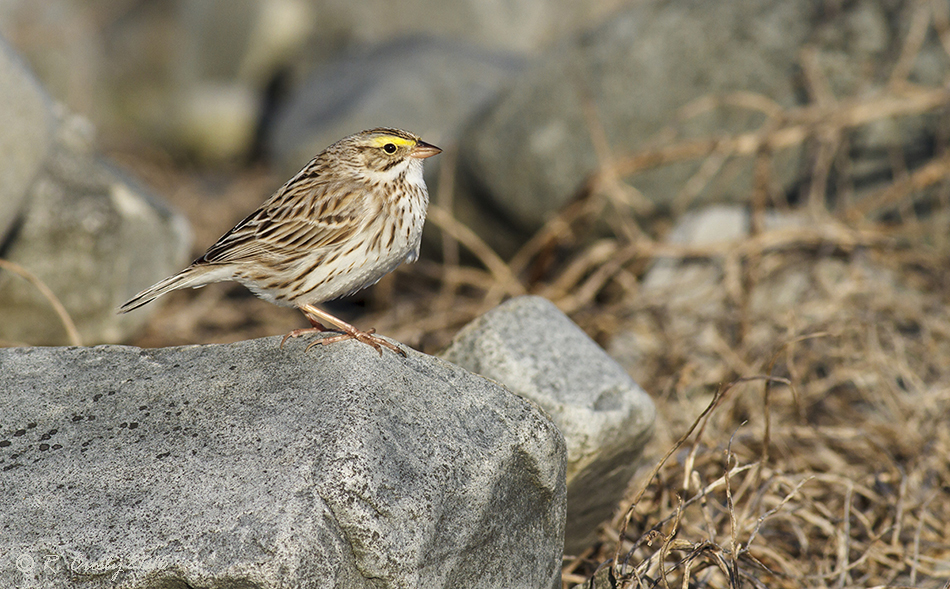 These are some of our earliest Spring Migrants, wintering on the US east coast and returning to Nova Scotia on their way to Sable Island, the only place where they breed. I found these birds on March 30 at Hemeon's Head but had seen some in the same area in the preceding week or two. Two different birds in these shots, the top photo being the first bird that I discovered on this day.
Posted by Russel Crosby at 17:24 No comments: 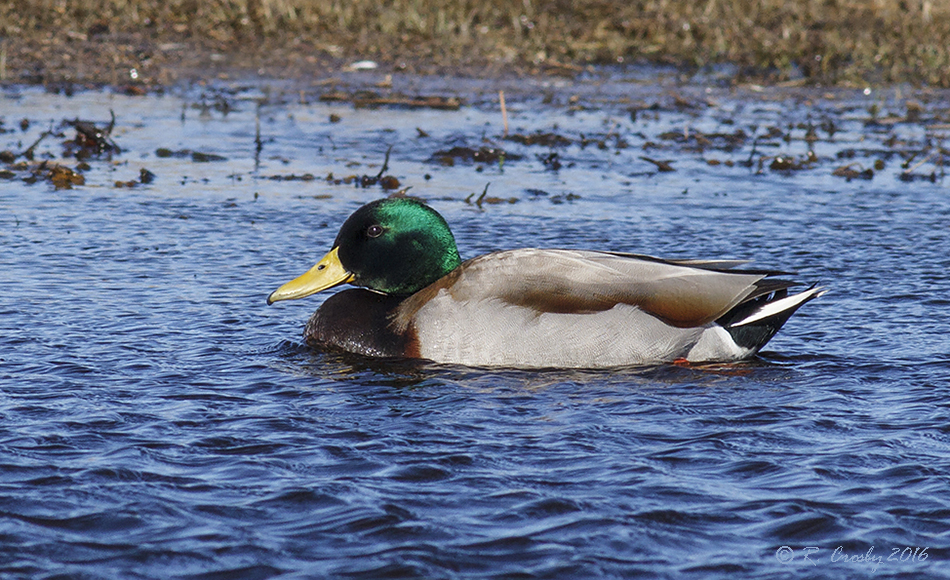 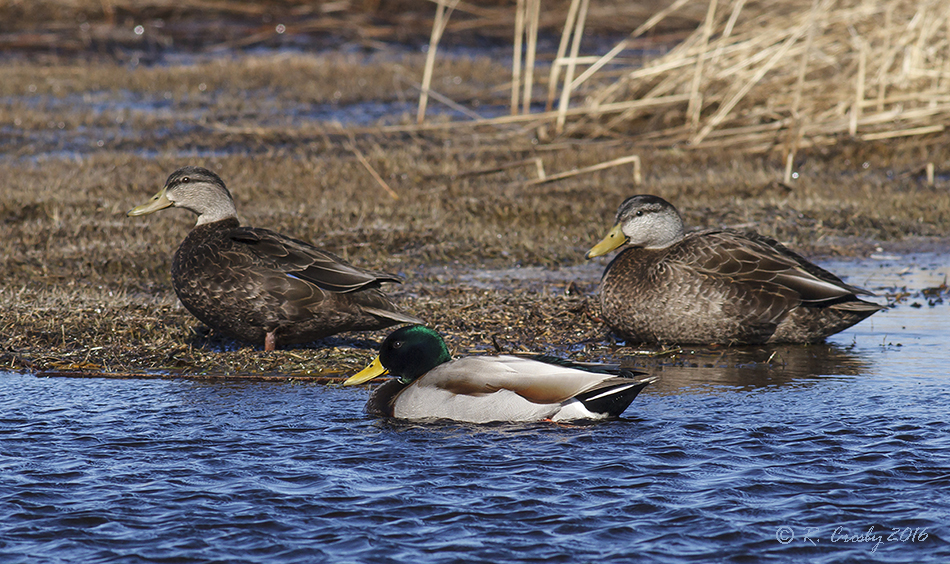 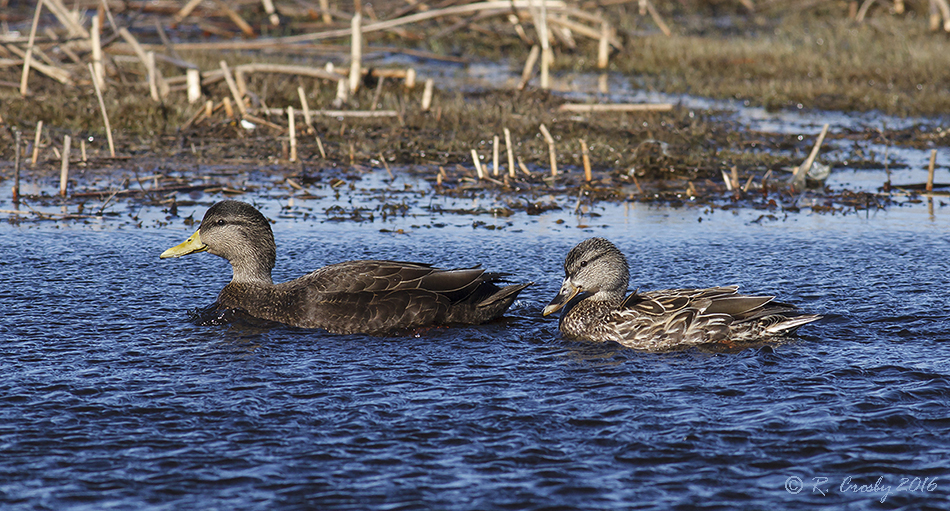 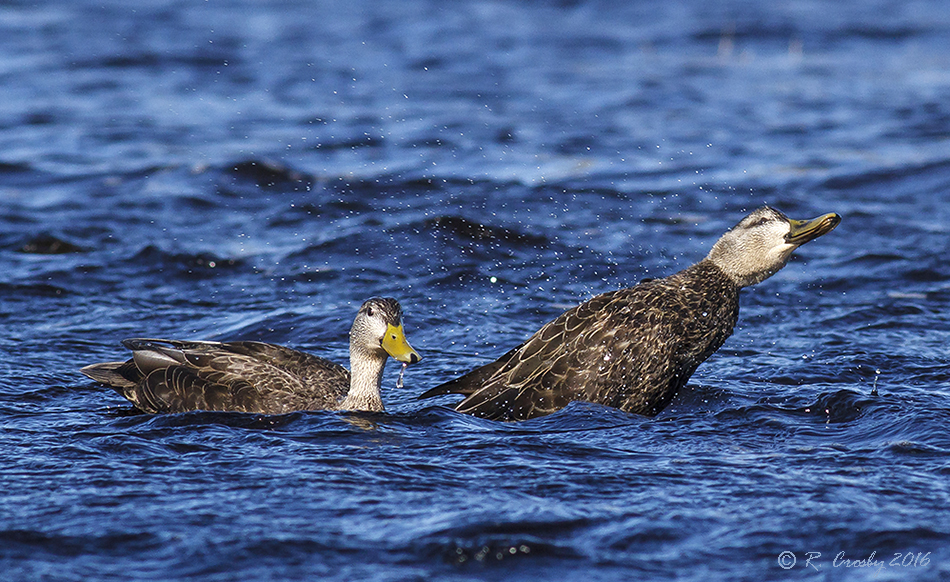 A few more shots from March 13 at Hemeon's Head. These were the birds I was shooting when the female Harrier arrived on the scene. There was some courtship behavior going on here with the pairs in the two bottom photos. The third shot is a male Black Duck with a hen Mallard (maybe Mallard/Black Duck cross). The bottom photo was at another pond and things went a little beyond the courtship phase.
Posted by Russel Crosby at 19:05 No comments:

Sharp-shinned Hawk in the Rain 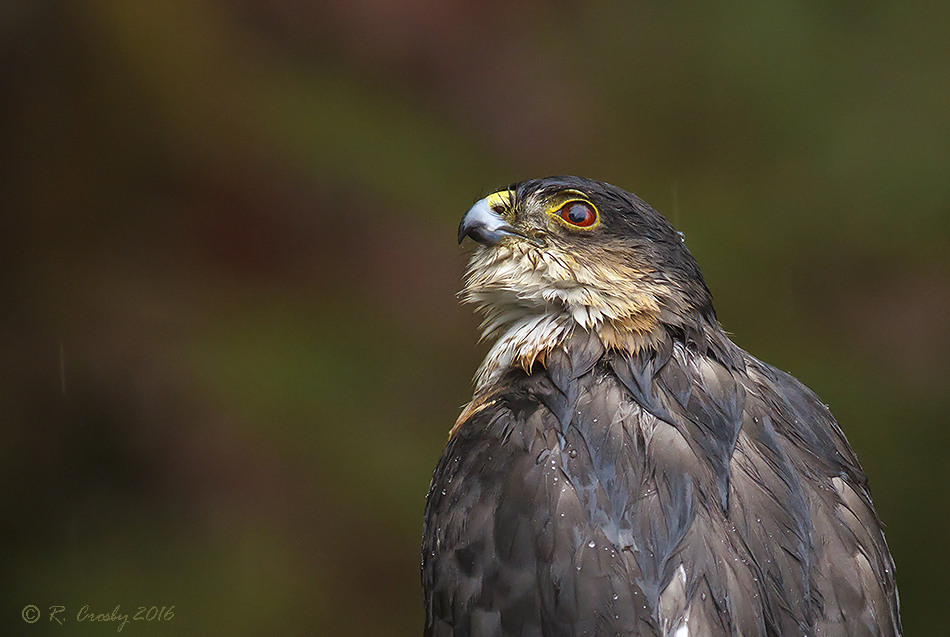 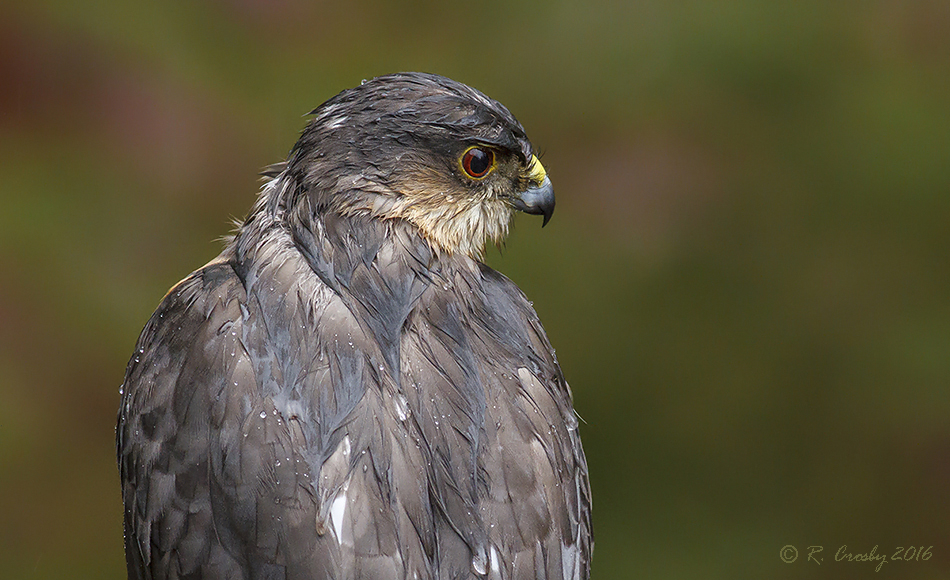 This adult Sharpie was after the birds at my feeder on one rainy day in March. He/she wasn't successful this time and stayed around long enough for me to get a couple of shots. I haven't been as lucky in the past. March 16, East Jordan.