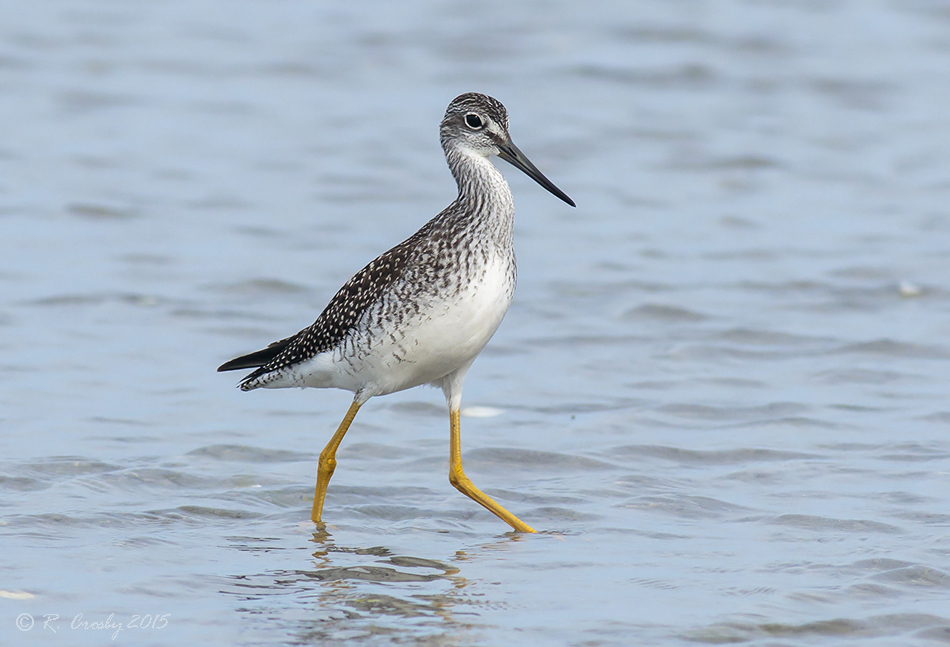 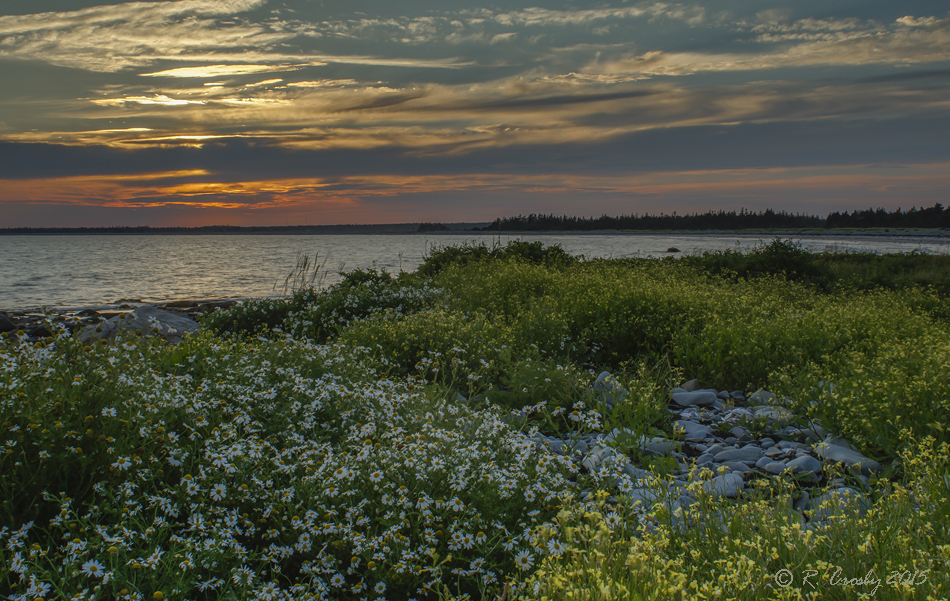 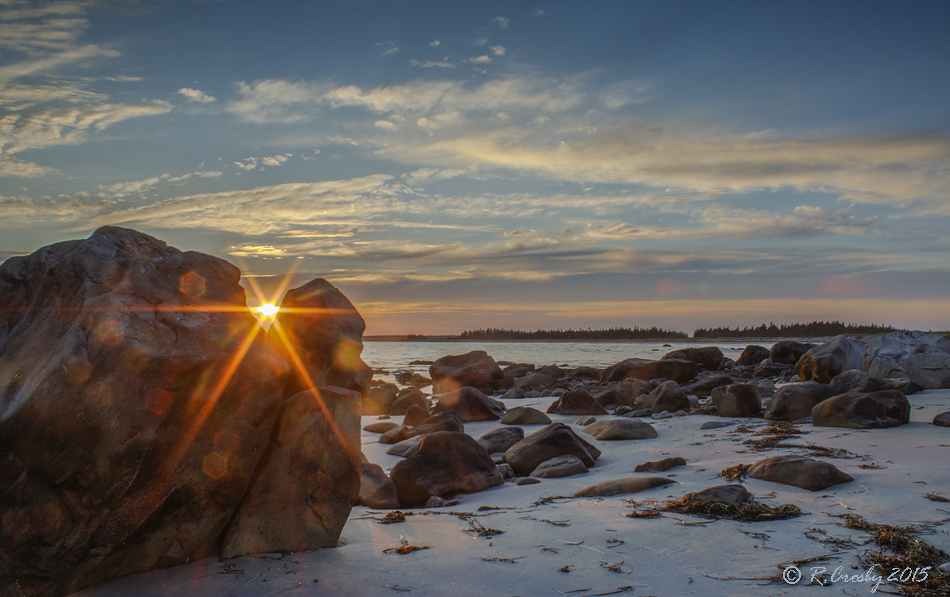 These were all taken on August 15 in the Mathew's Lake area. I wasn't that happy with the bird photos on that day but there was an interesting sky as the sun was setting so I thought I'd include a couple of landscape shots for a change of pace. It's not hard to see why it's one of my favourite places to take photographs.
Posted by Russel Crosby at 18:51 No comments: 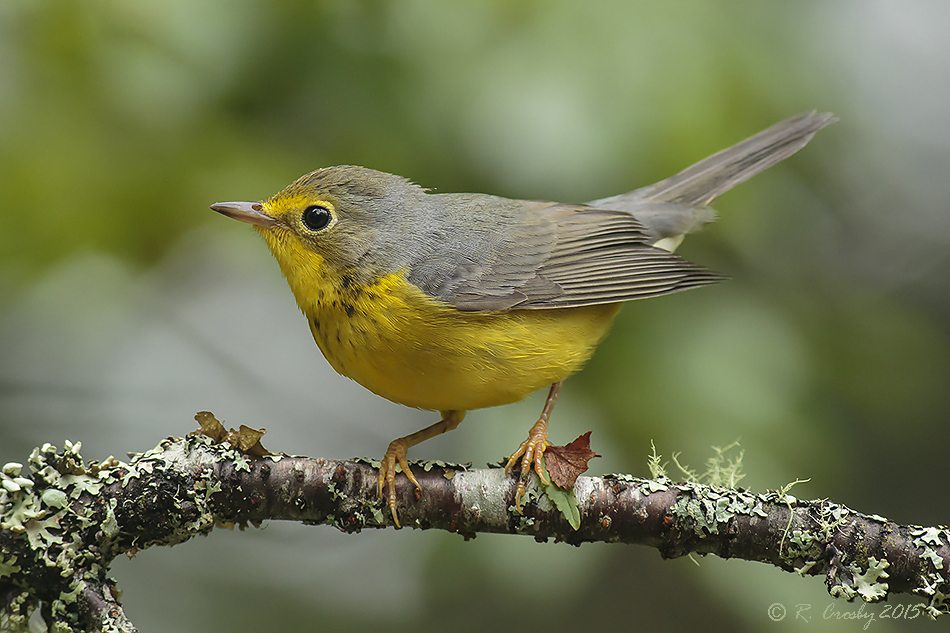 It's been a few years since I've seen a Canada Warbler and though it may not be an adult male in breeding plumage I was still happy to find it and didn't need to leave home. August 13, East Jordan.

Posted by Russel Crosby at 18:42 No comments: 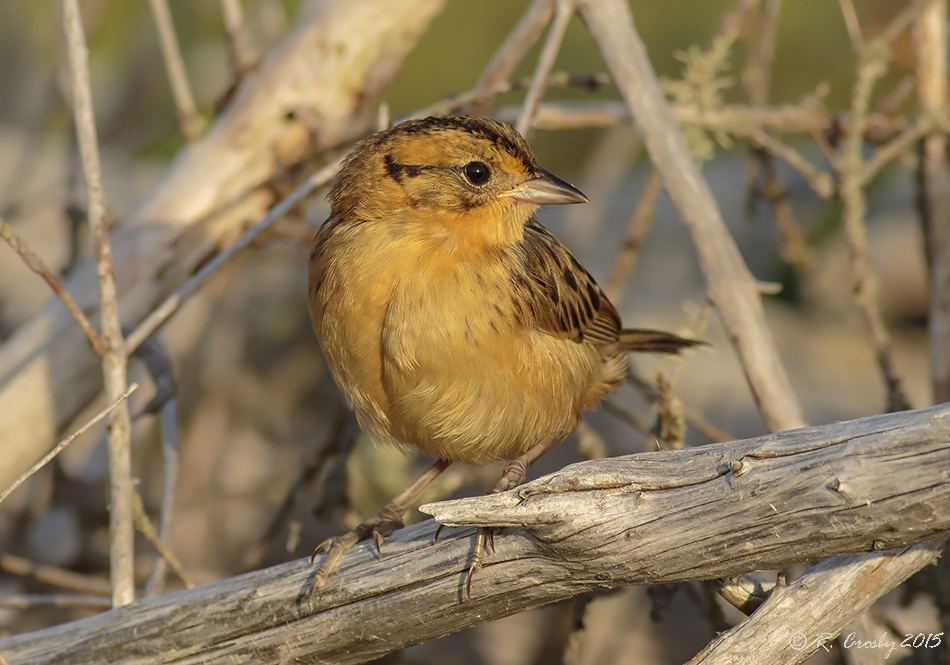 There were lots of these little birds flitting around in the marsh. Their plumage is very orange looking and even more so in the late day sun. August 10, Mathew's Lake.

Posted by Russel Crosby at 18:35 No comments:

A couple more shots from the August 10 session. The teal were the last birds to leave the pond after I made my presence known. I believe the third bird from the left is an adult male in eclipse plumage.
Posted by Russel Crosby at 18:29 No comments:

A few of the birds inhabiting the ponds between Hemeon's Head and Mathew's beginning with a Lesser Yellowlegs dropping in to join the group... 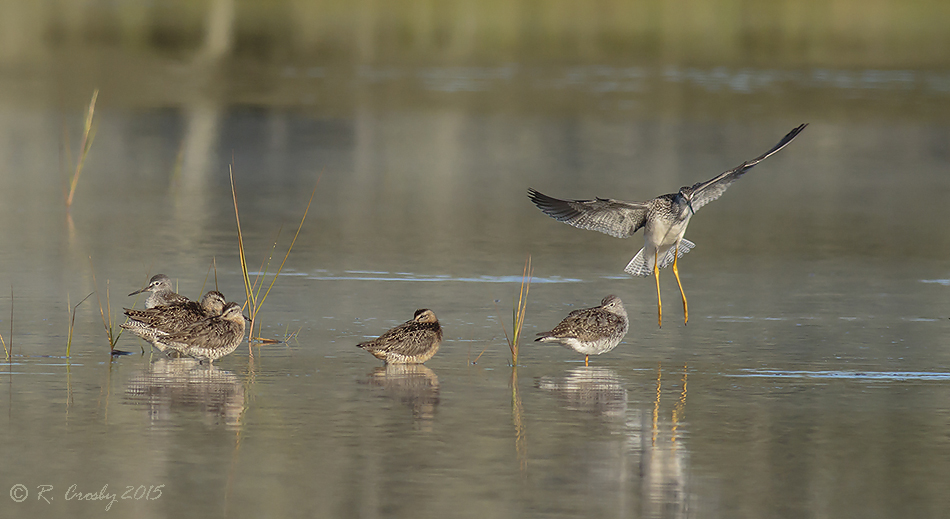 followed by a Greater Yellowlegs 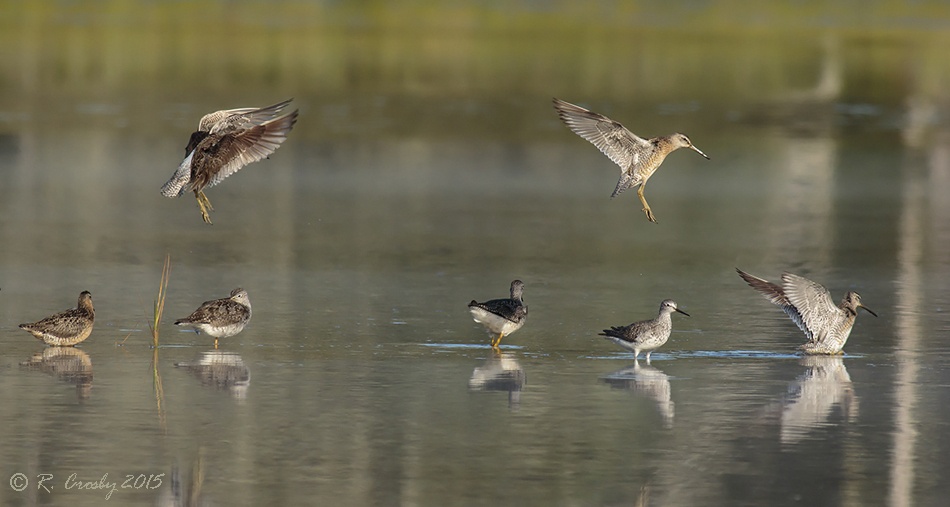 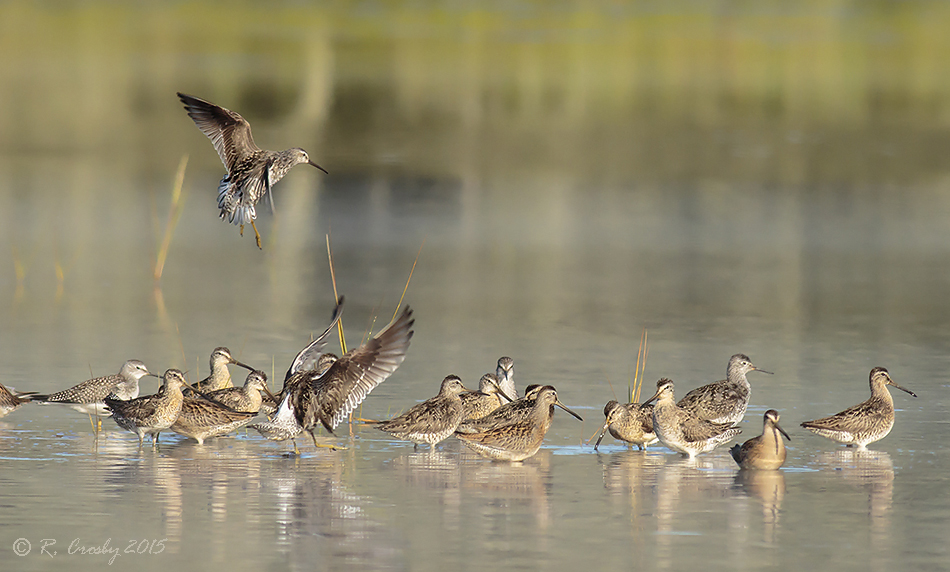 A surprise visit from a Stilt Sandpiper 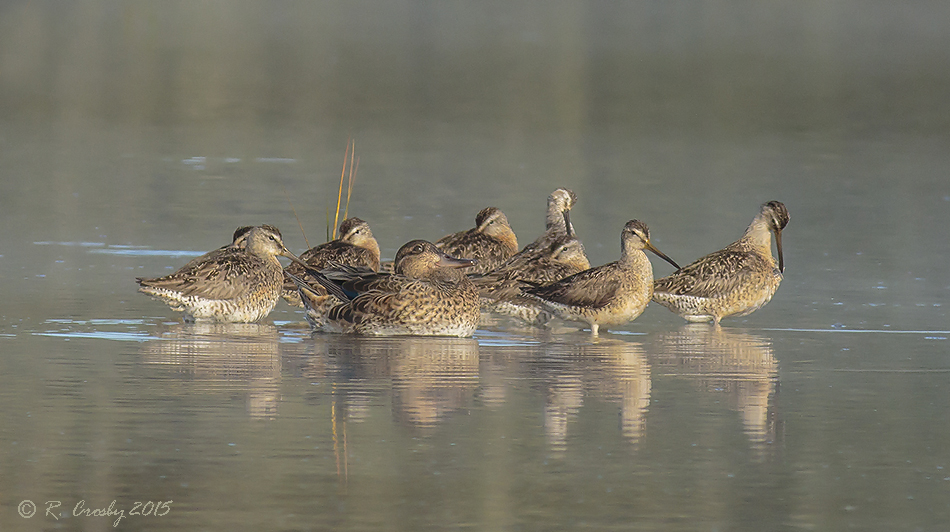 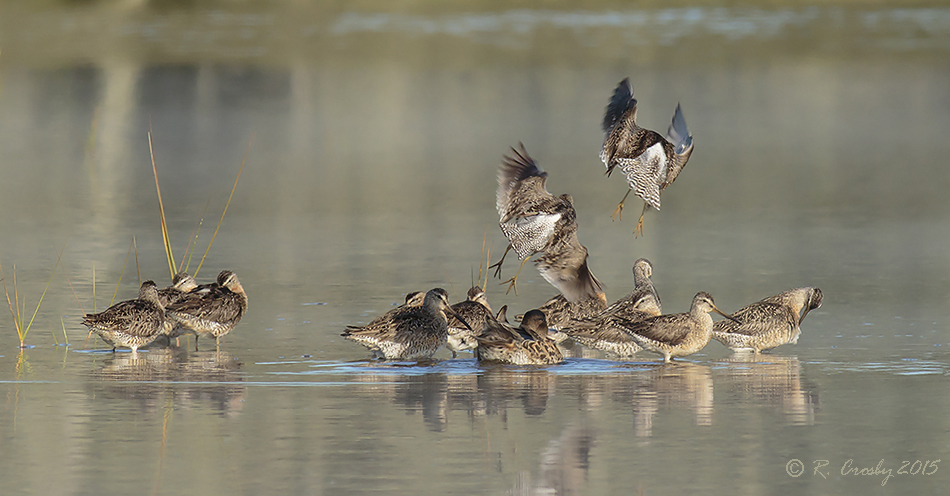 and a couple more Dowitchers to round things off. August 10.

Posted by Russel Crosby at 18:23 No comments: 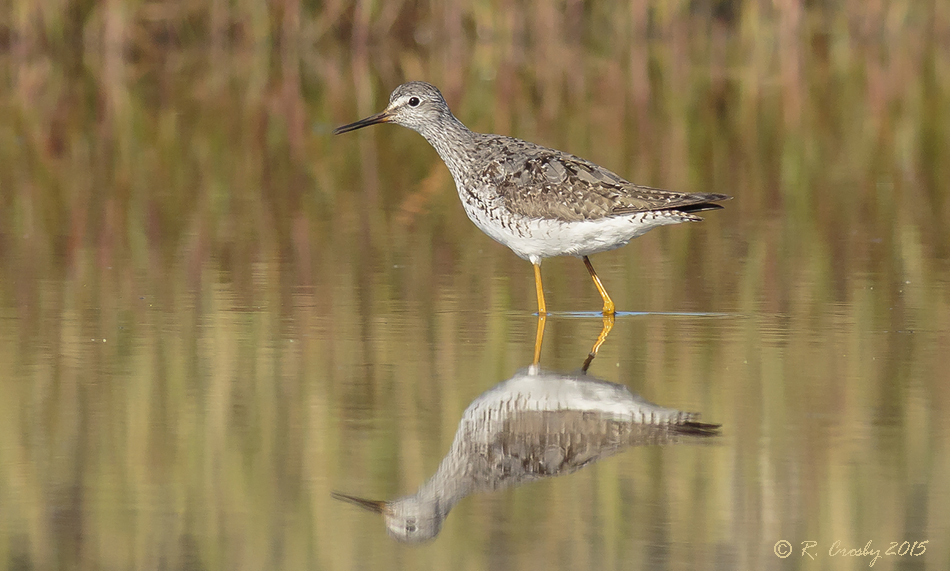 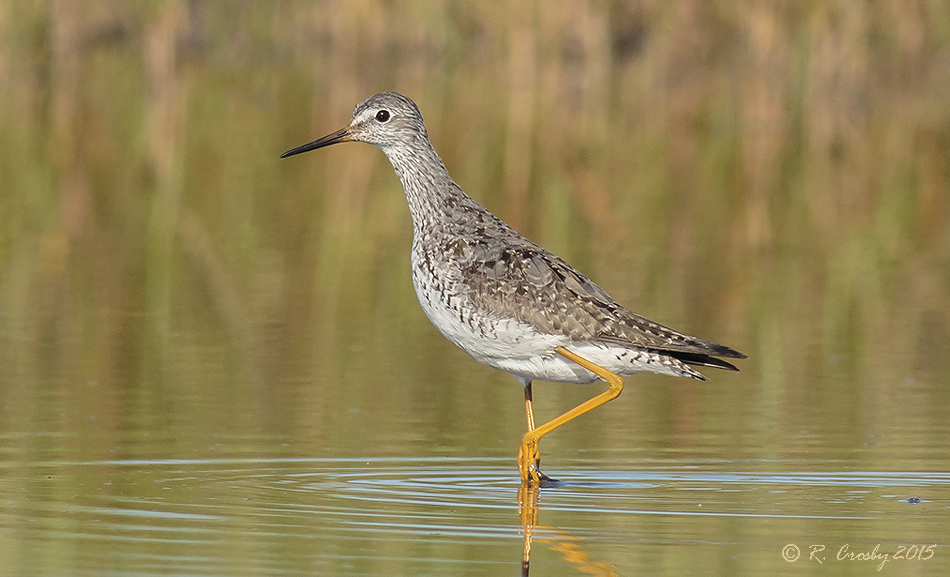 I'm trying to get caught up on my postings, at least I'm into August now. These were taken on the first of the month in the Mathew's Lake area. When the tide is high in the lake many of the birds like to feed and rest in the ponds around the margins of the lake and in the marsh.
Posted by Russel Crosby at 19:06 No comments: 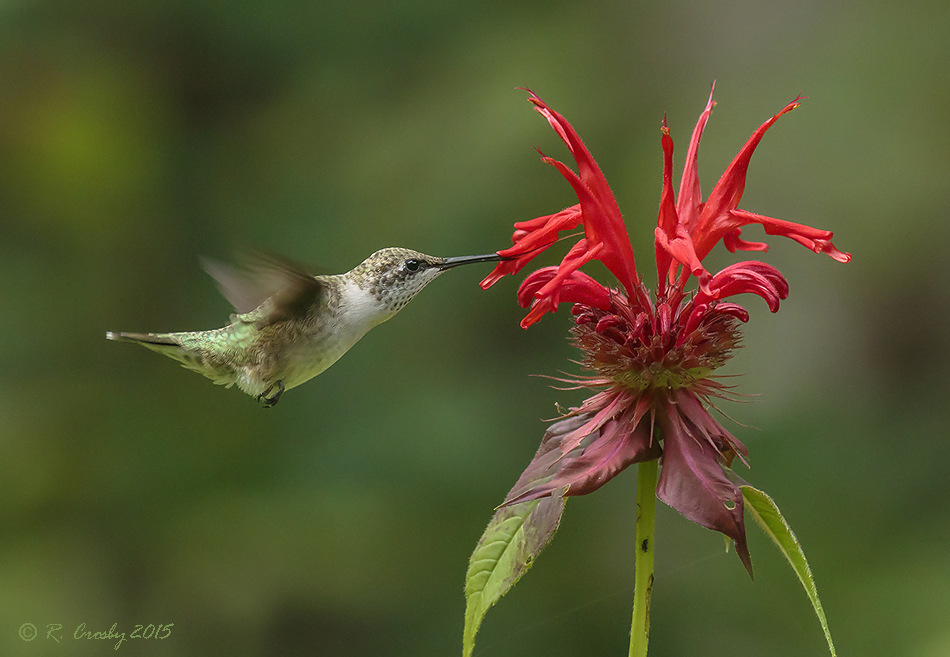 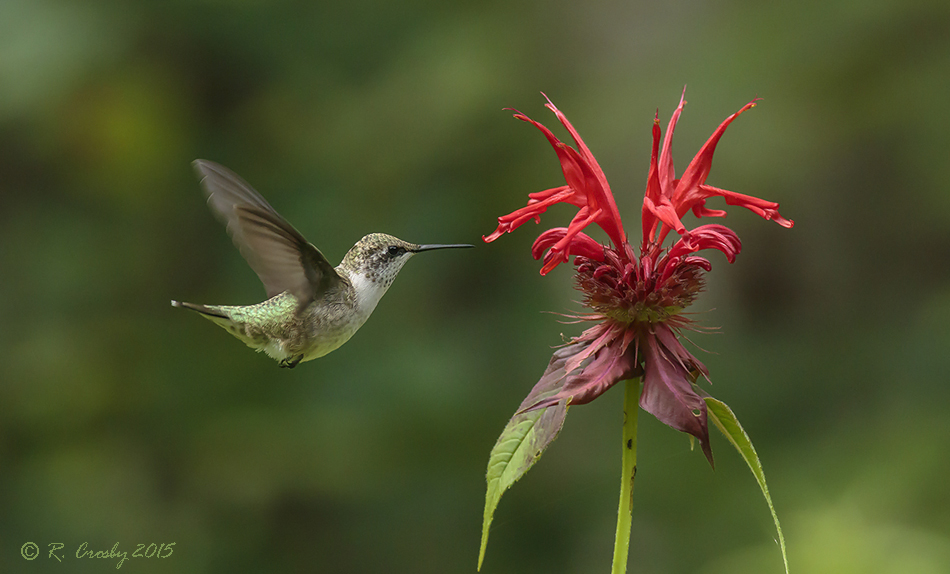 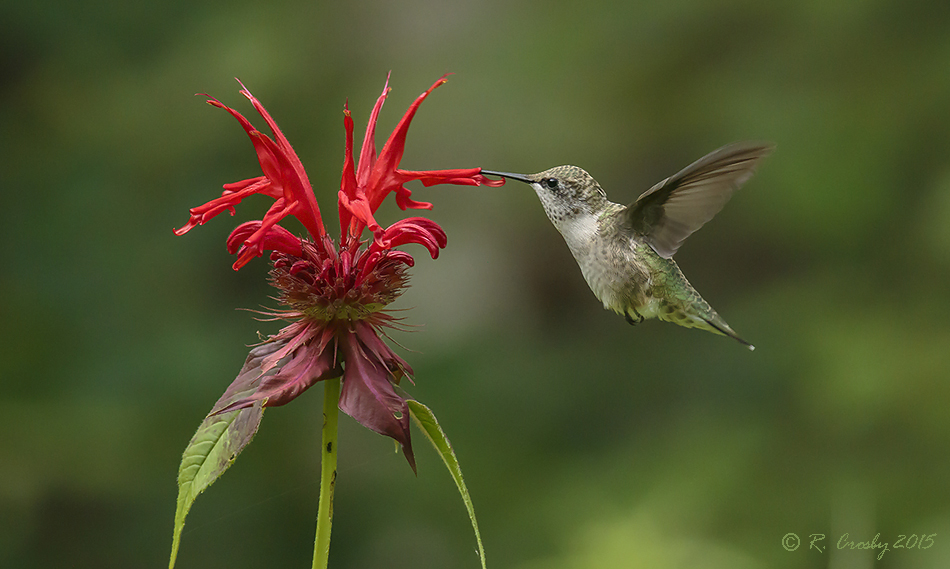 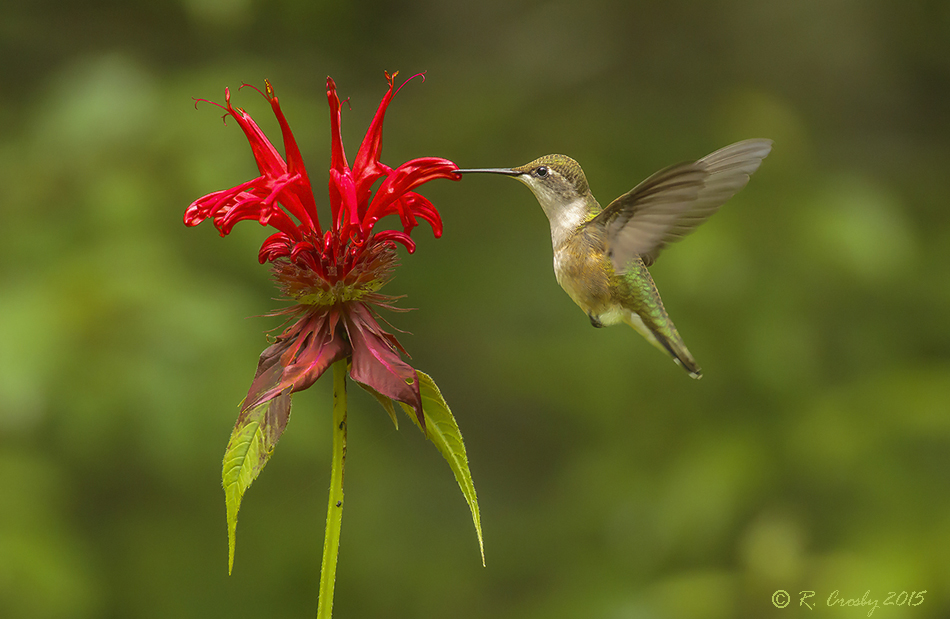 Somebody gave me Bee Balm to plant in my garden last year (thanks Claudia) but since gardening is not really my thing my neglect only produced one flower head.  The top three shots were taken on July 26, the bird in the photo is a juvenile male. The bottom photo was taken the next day in different lighting, the bird appears to be a different one, possibly an adult or juvenile female. 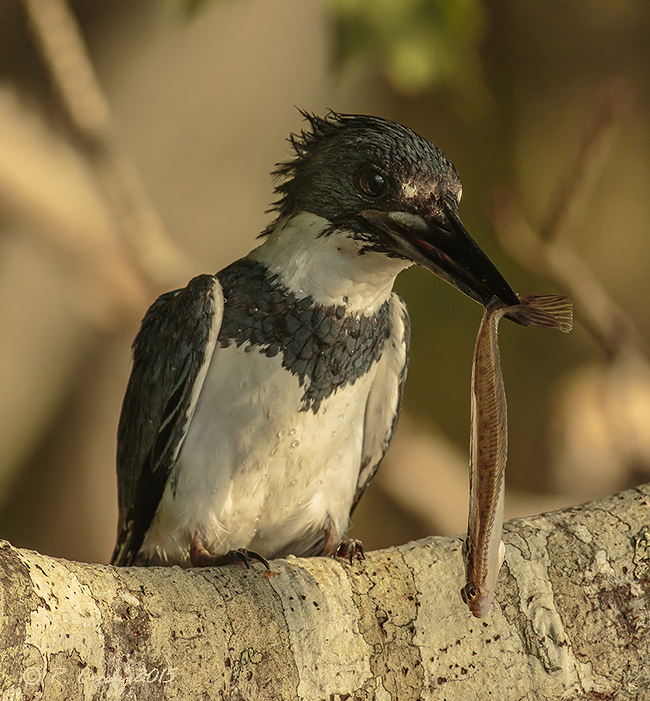 I had been watching a family of Kingfishers for a few days and so had picked a spot where I might have a chance at a few photos. I was pleasantly surprised when the male I had photographed earlier flew in with a fair sized fish - a flounder if I'm not mistaken. 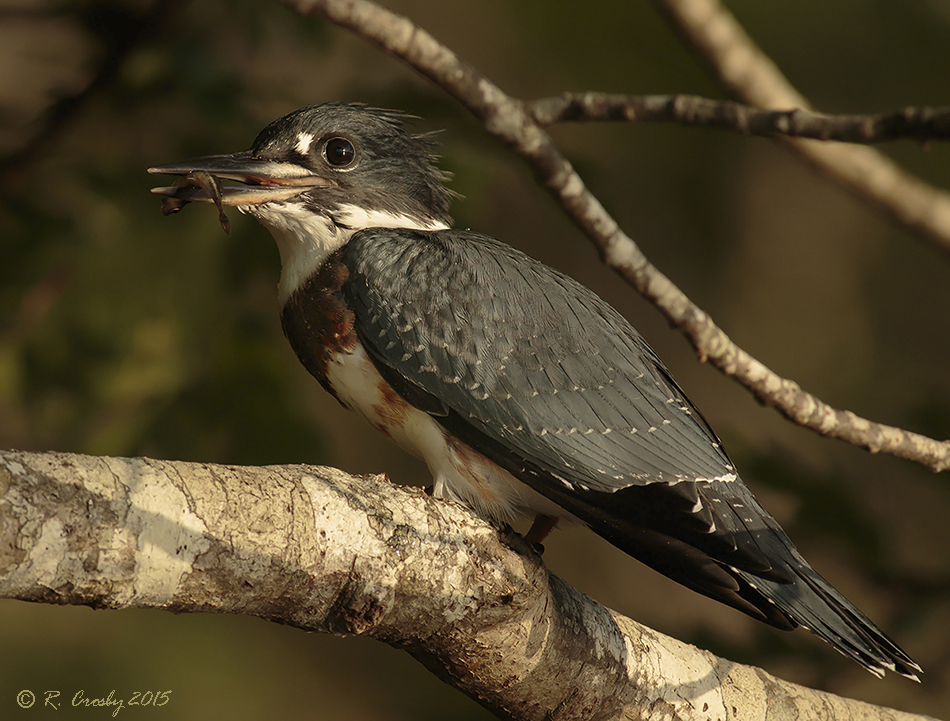 I was even happier when the young juvenile female flew in behind the male with her own fish- albeit much smaller. 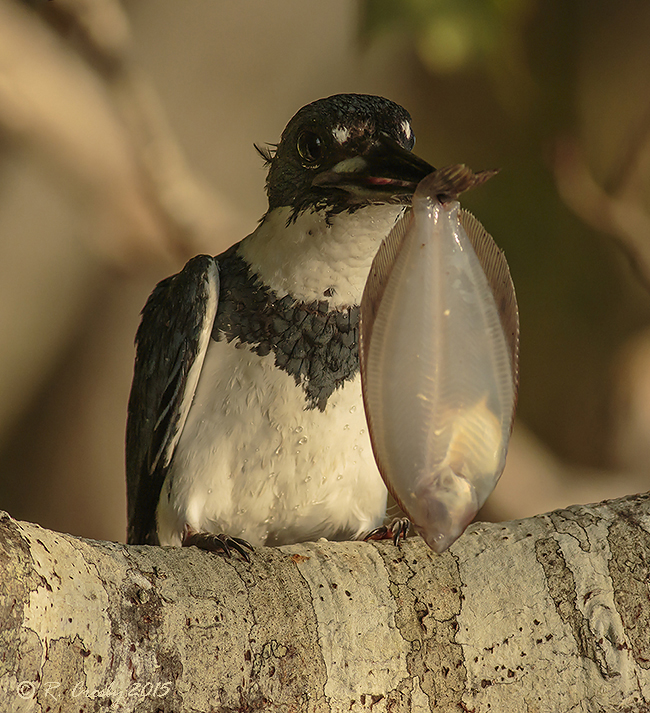 Another look at that flounder, just to get a better idea of the size. 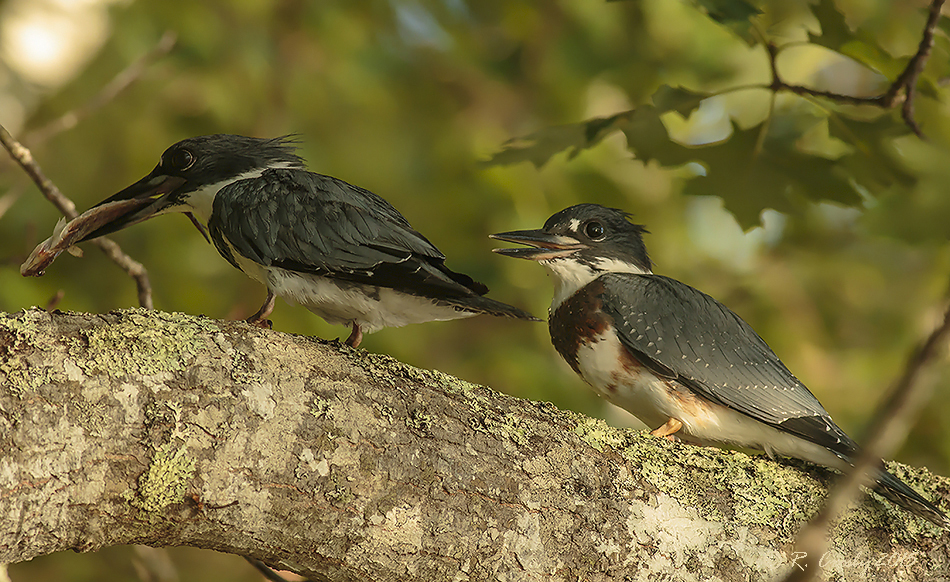 After consuming her own fish the young bird waited while the adult repeatedly bashed the flounder on the branch trying to kill it. This went on for many minutes. 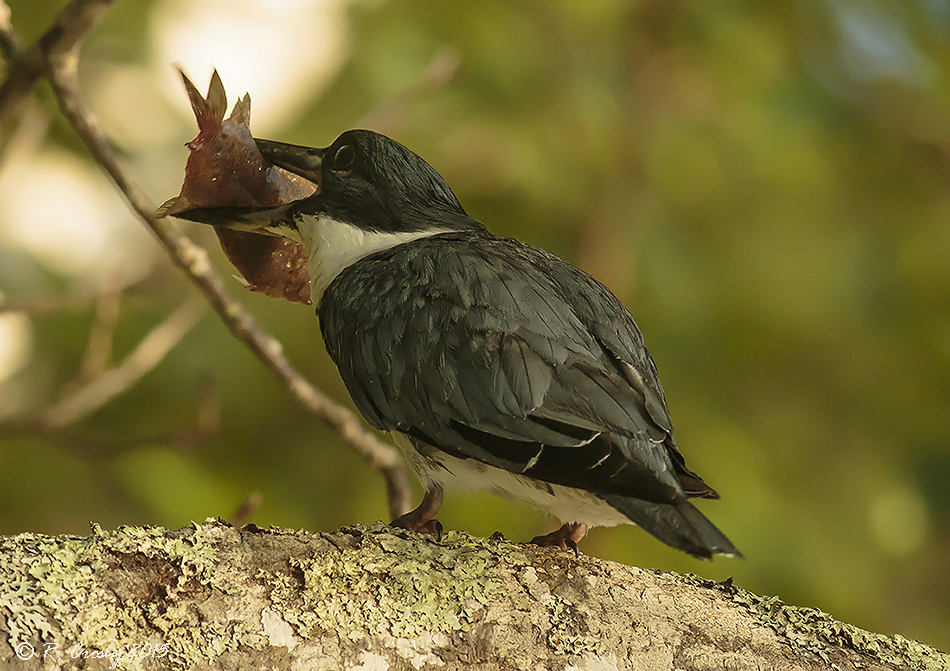 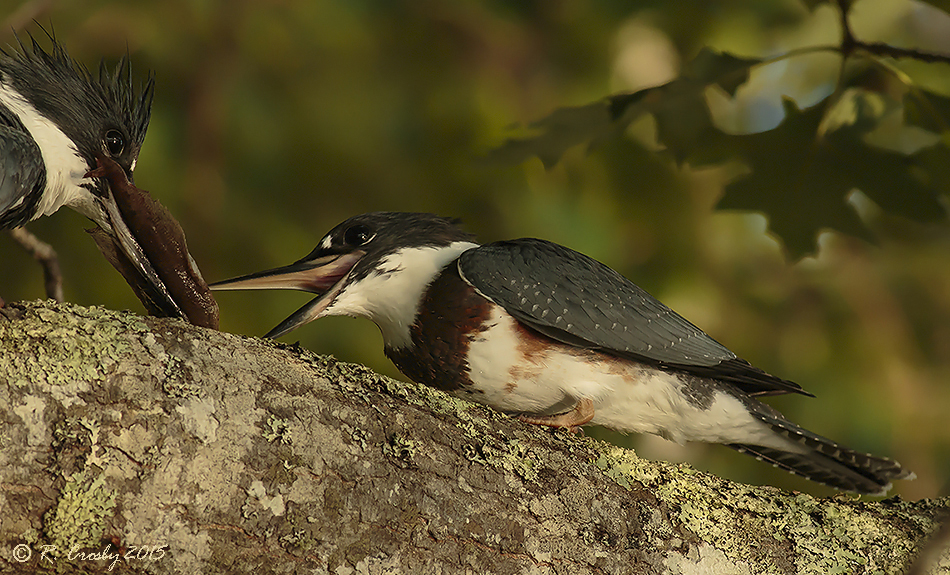 When the fish was deemed ready it was handed (beaked) off to the young bird. 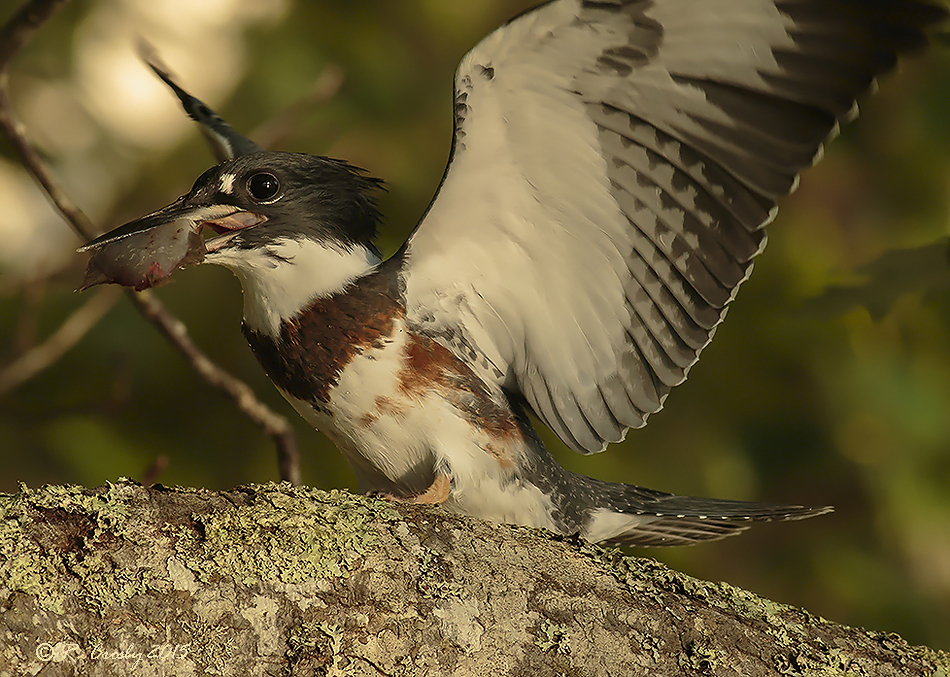 She was pretty excited to get it. 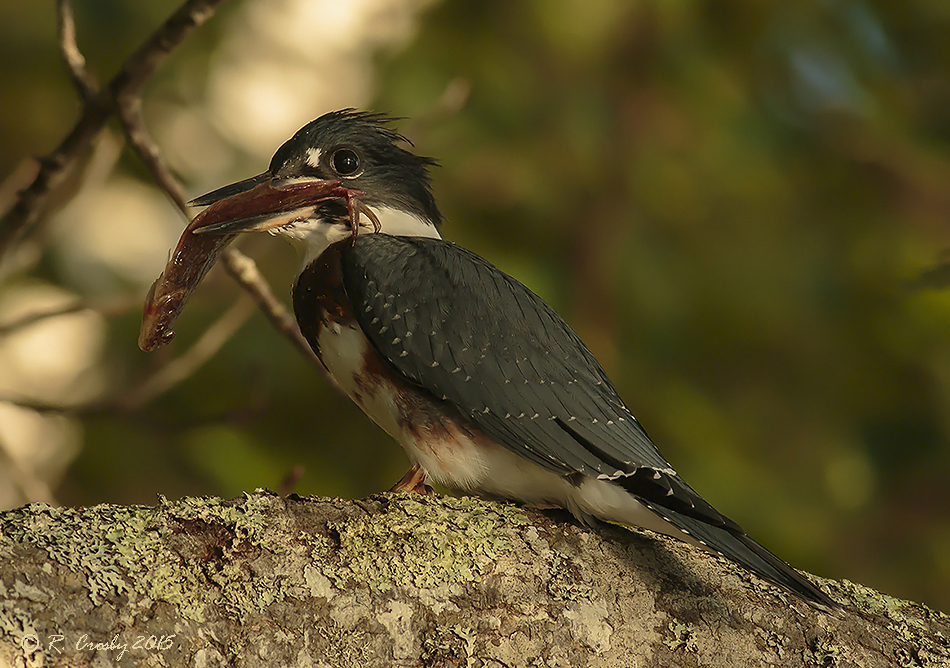 Although I didn't witness it I assume she swallowed the fish whole. 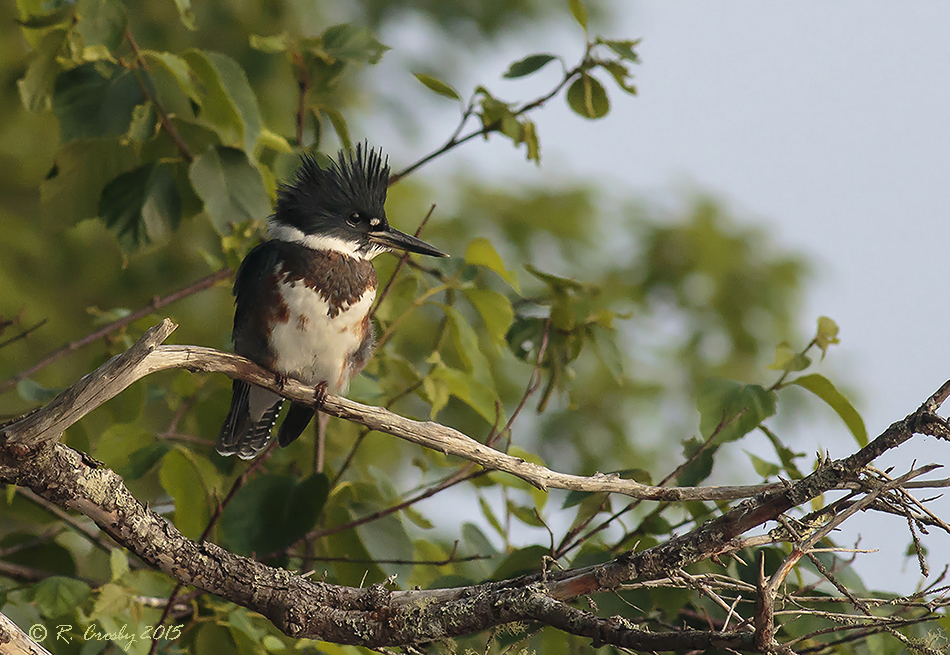 After which she went right back to fishing. I guess they learn young because she was pretty adept, catching at least one more fish in the time I was there.
Posted by Russel Crosby at 18:48 2 comments: