Another May in Nova Scotia has come and gone and with it, as in many recent years, has our annual trip to Brier Island. This year was a particularly good year both for birding and for weather, warm and dry for the first couple of days but then cooling down for the rest of our stay as winds shifted around to the north. It was the same crew as the previous year, Mark and Gretchen with daughter Lucy, Carmen and myself.

I have several images to share so for the sake of clarity I decided to divide things up a bit and put things in an order that at least makes sense to me. I'm starting with orioles, one of the more colourful variety of birds that one is almost guaranteed to find on Brier in the Spring. This year besides the more common Baltimore Orioles there was also a female Orchard Oriole hanging out at a feeder in Westport. I also included a Male Scarlet Tanager since he was sharing spruce buds on a branch with an Oriole. Sharing might not be the right word to use since a fight ensued shortly after that picture was taken. 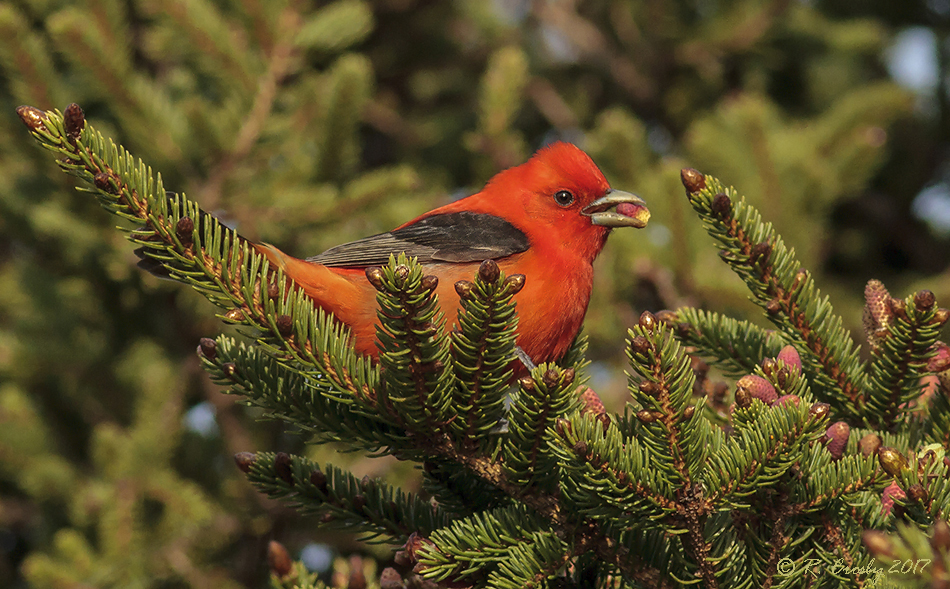 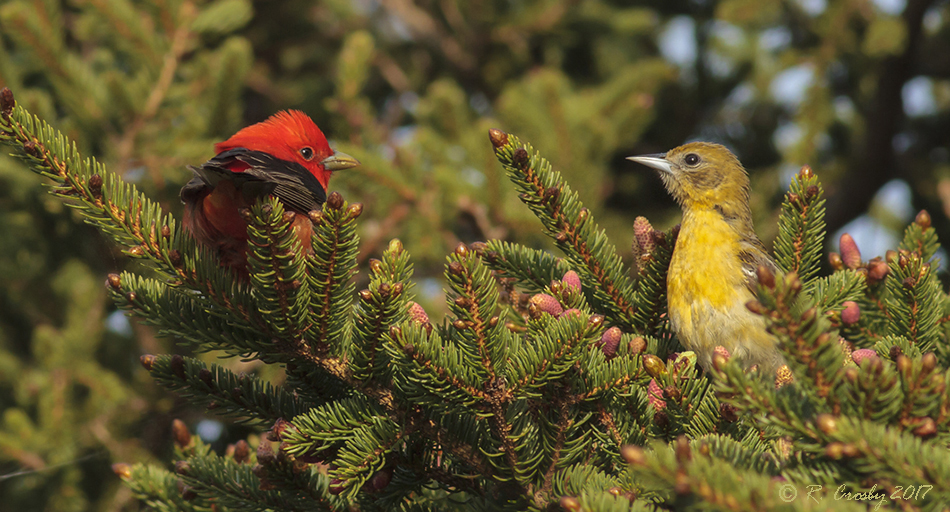 The next few images are shots I thought might be of interest or shots of interesting birds starting with an Eastern Kingbird that had just caught a meal. This year there were several Kingbirds on the Island. The Dickcissel and Indigo Bunting were in the same tree near a feeder with a Blackburnian Warbler as an added distraction.  I didn't get a picture of the warbler although I found another one later in the trip. The Spotted Sandpiper was at Pond Cove and let me approach closer than I am normally able, I suspect because it had just been spooked by a Peregrine Falcon. 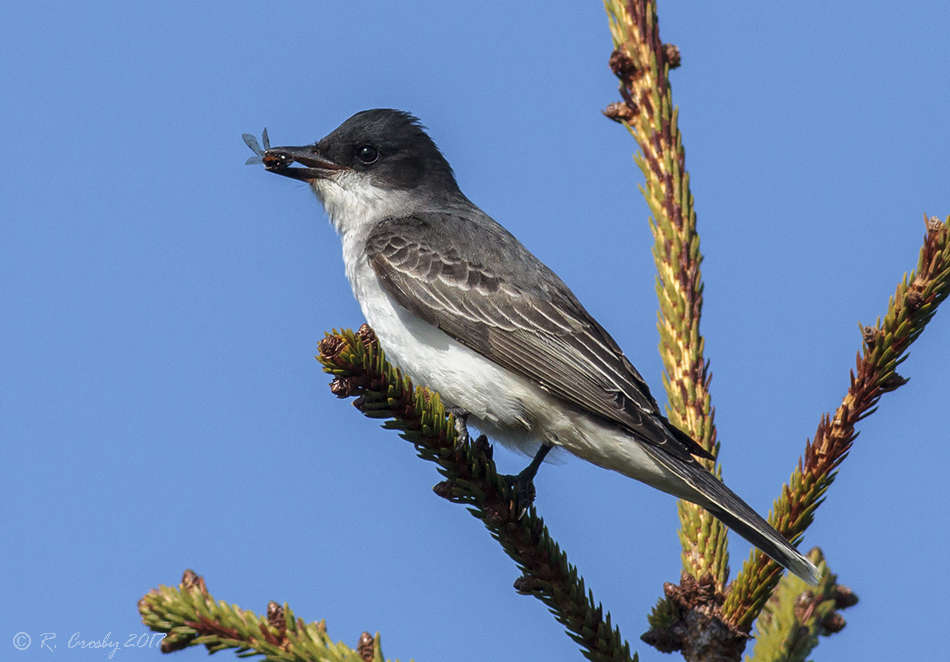 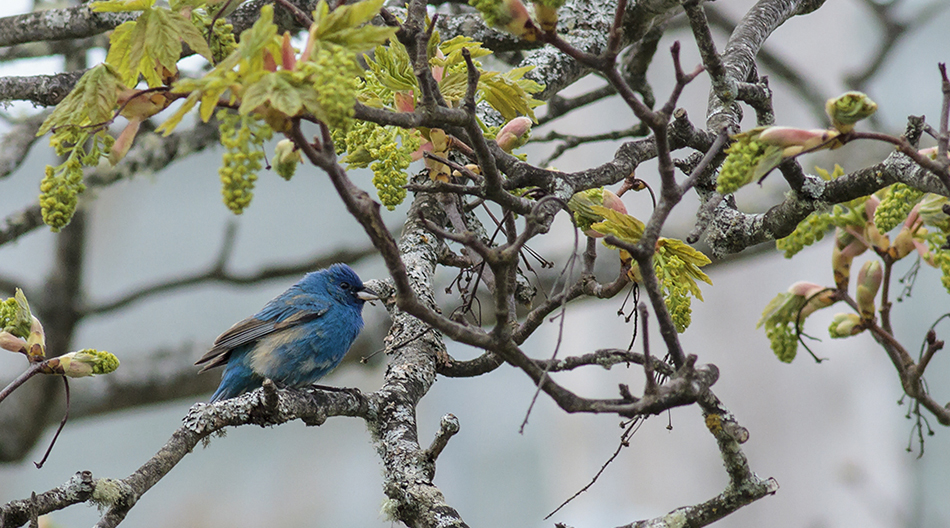 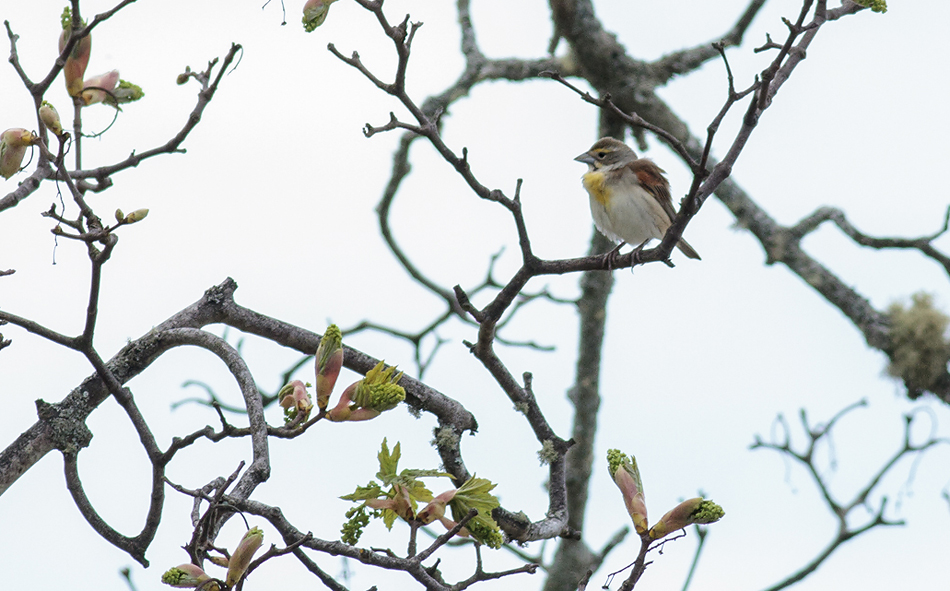 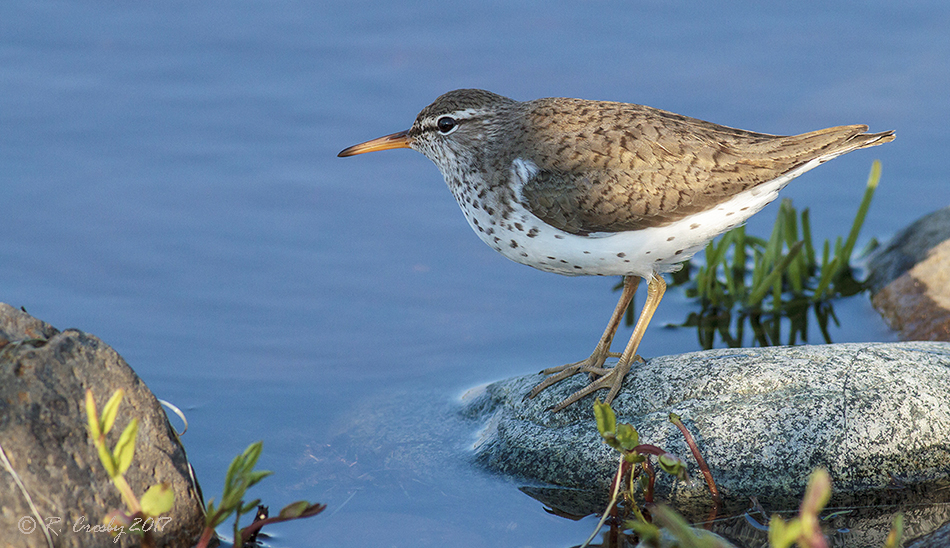 I knew there was at least one Mockingbird in town and I found one early one morning resting and preening in some shrubs. 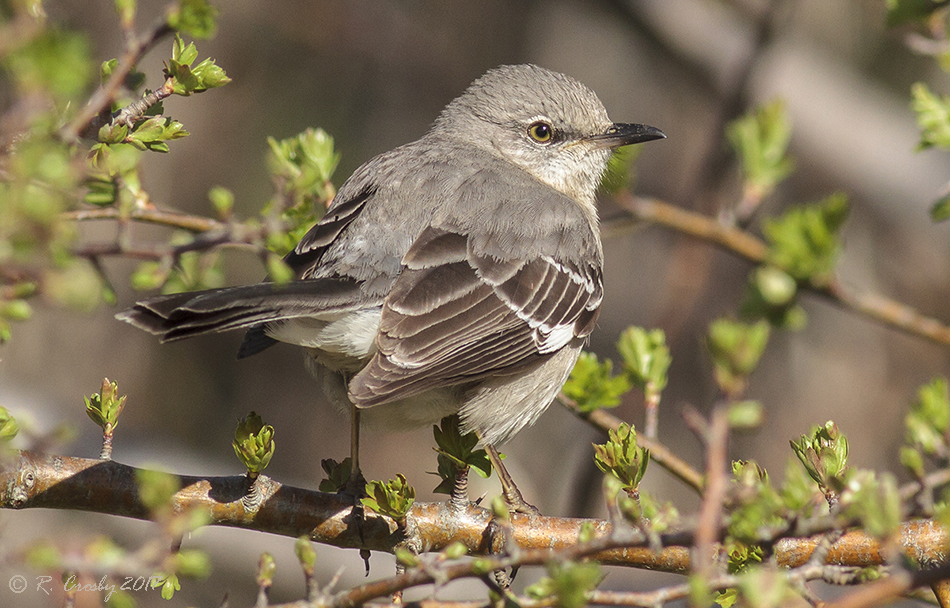 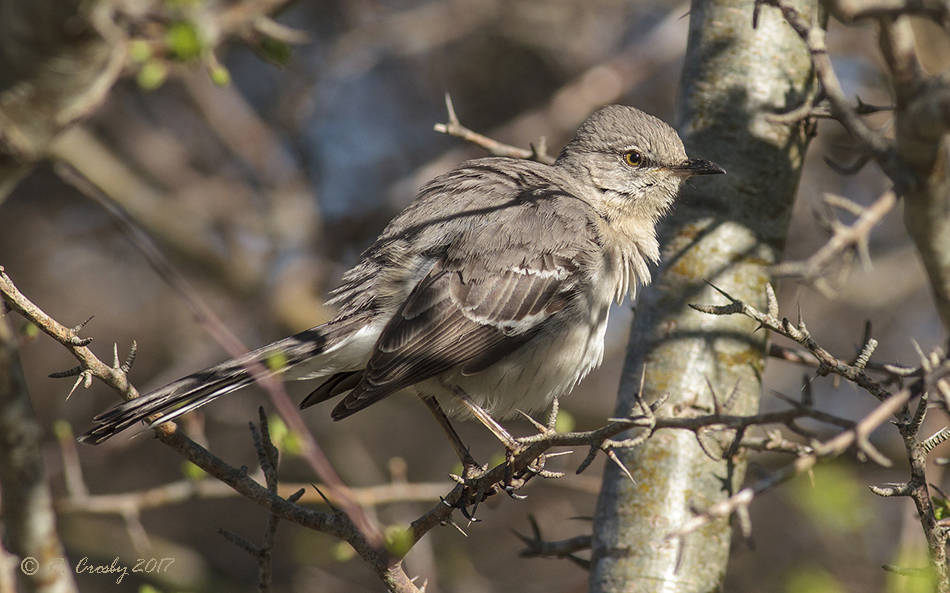 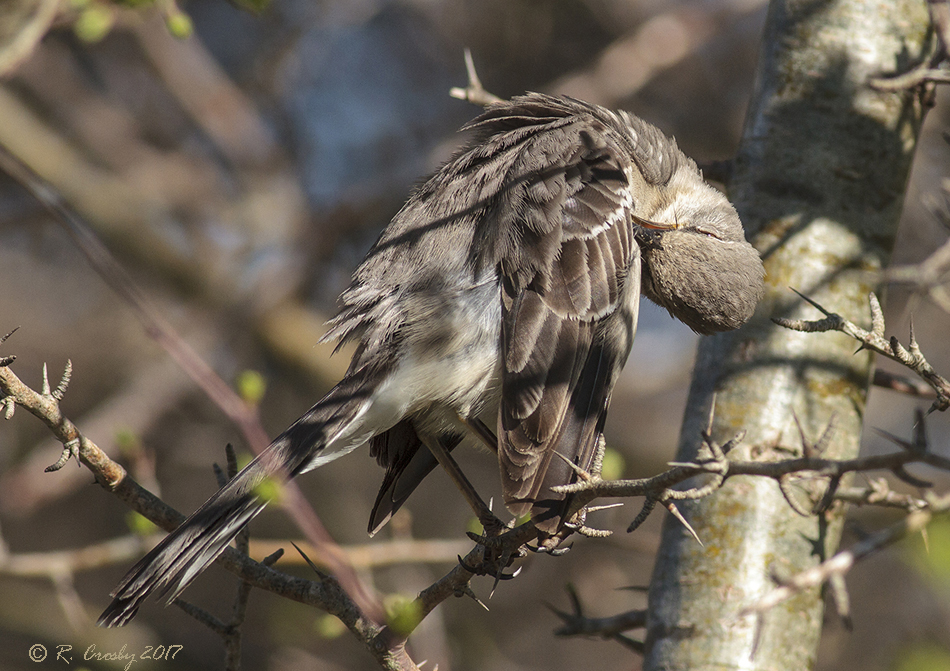 The waxwings provided one of the best photo ops of the trip as a small flock fed on forsythia blossoms by the side of street. 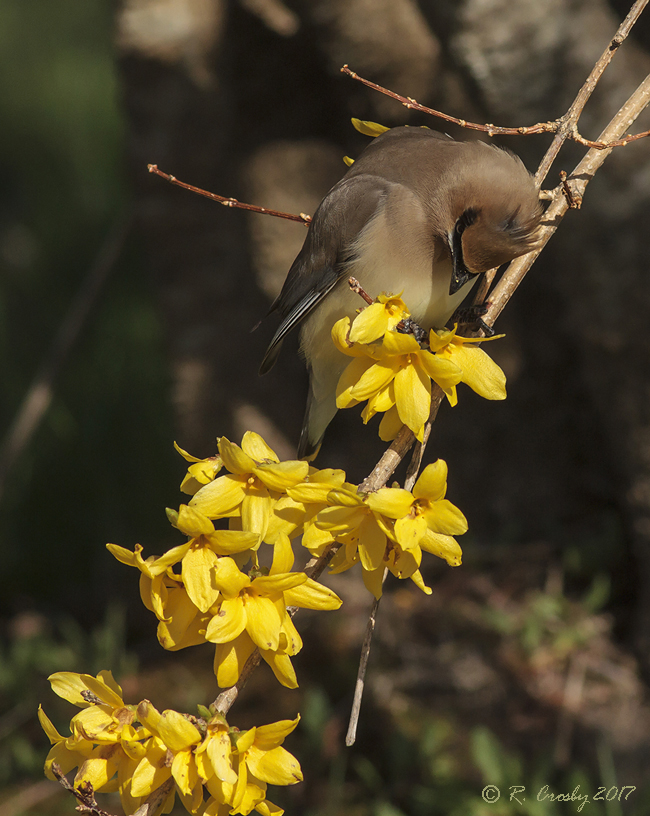 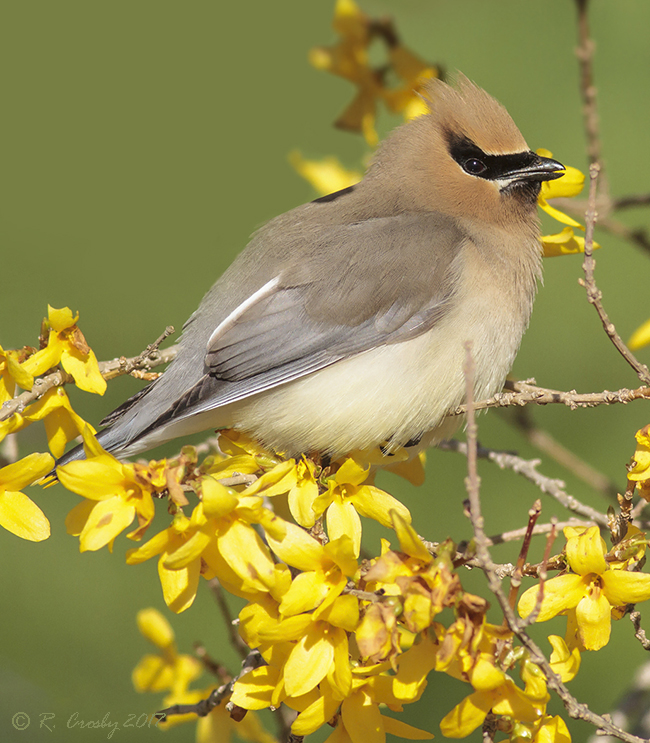 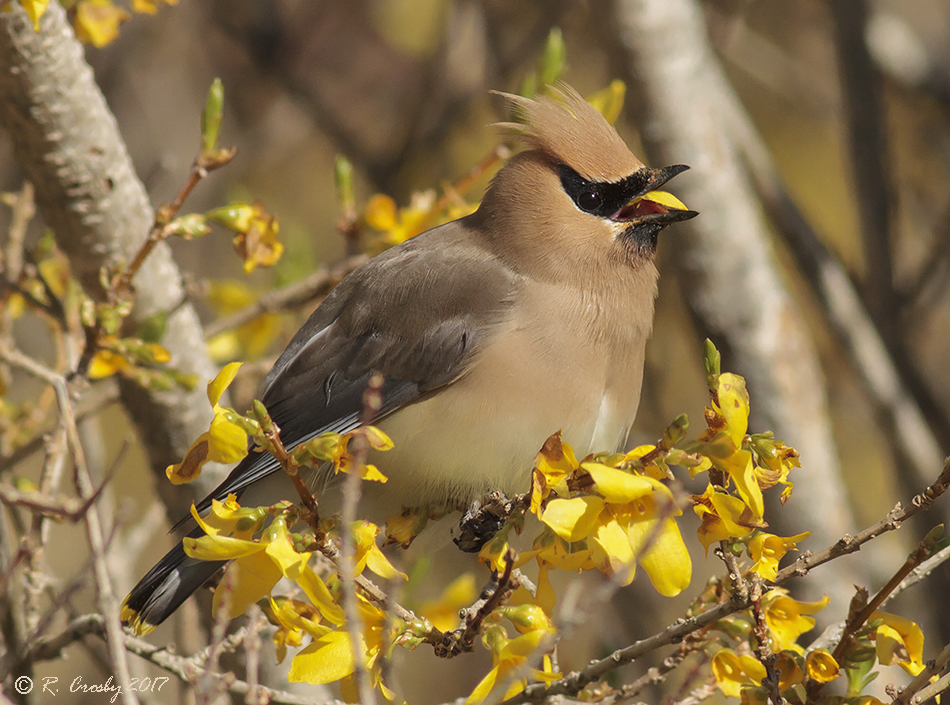 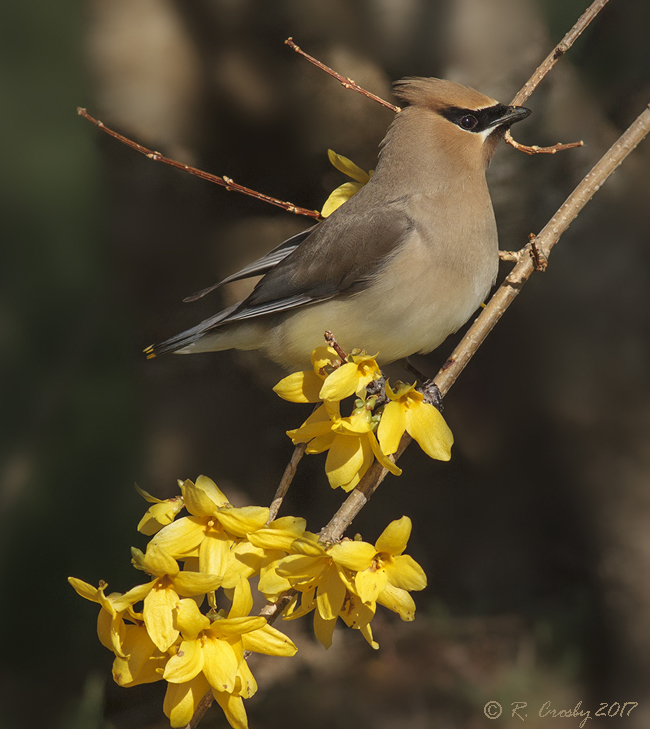 Of course the warblers always provide some of the best highlights of a Spring trip to Brier Island. This year was no exception, there were numerous Bay-breasted, a few Cape Mays as well as the usual  American Redstarts, Yellow Warblers and Black-throated Green pictured here. The best bird for me of the trip was a Philadelphia Vireo which I saw on three separate occasions, presumably different individuals - two of which are seen in the following group of photos.  There were also two Warbling Vireos in the same tree in town that minutes earlier was hosting a Cerulean Warbler spotted by Brier Island's preeminent birder Eric Mills. Unfortunately I didn't arrive in time to find it. 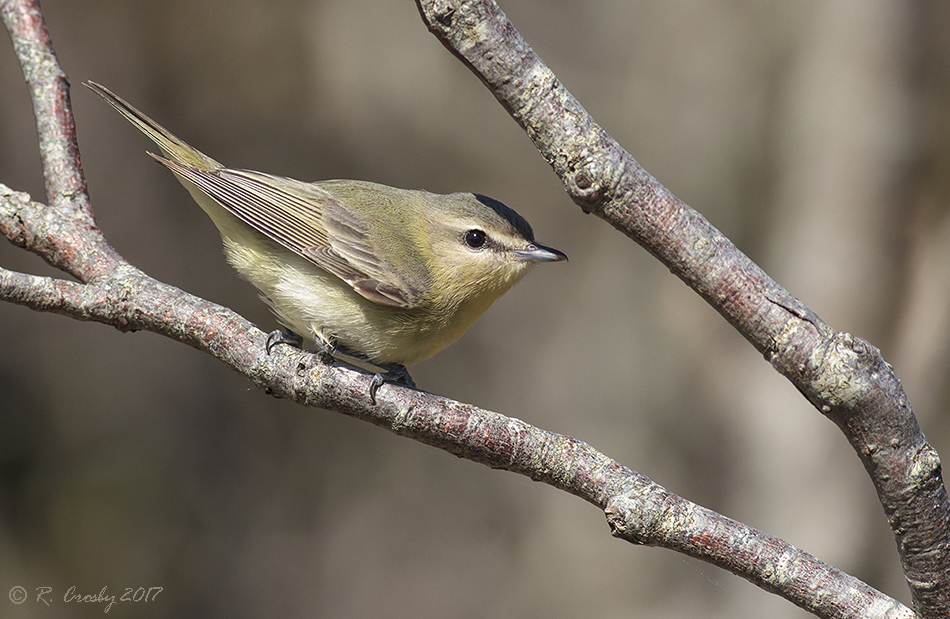 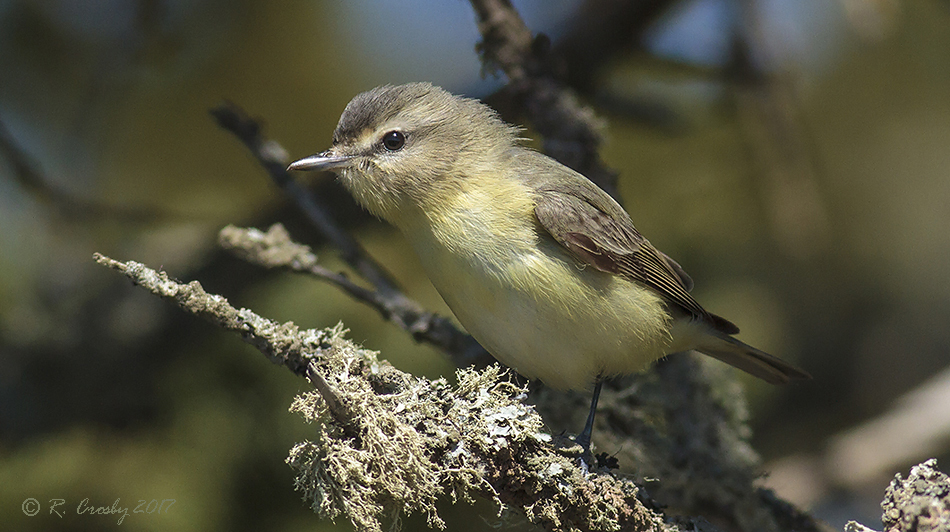 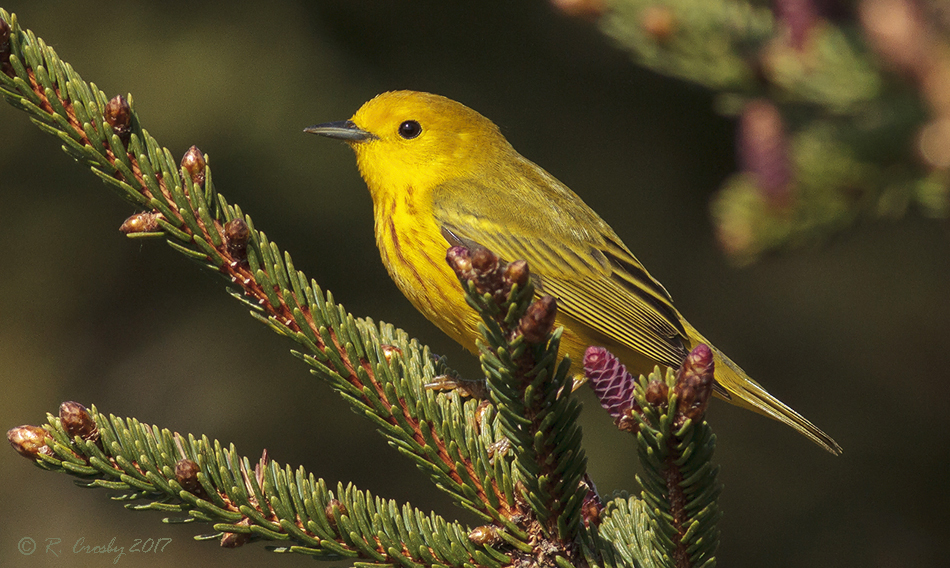 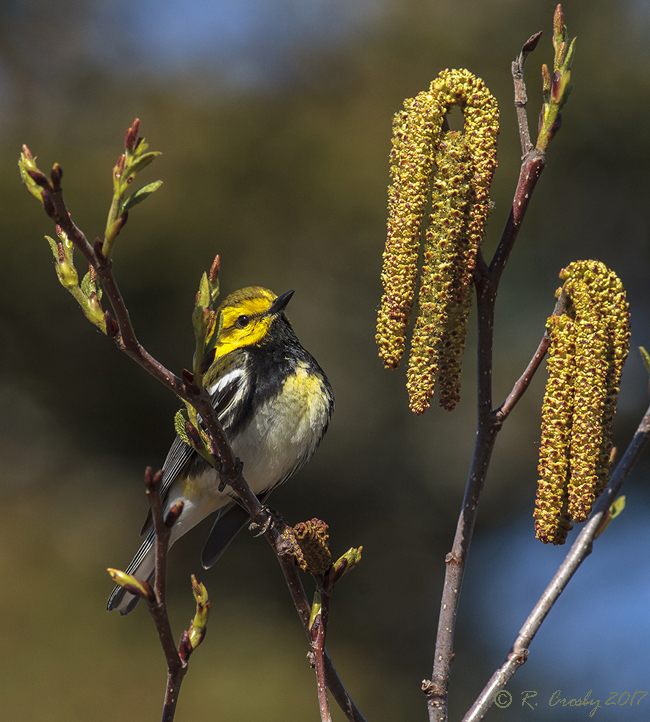 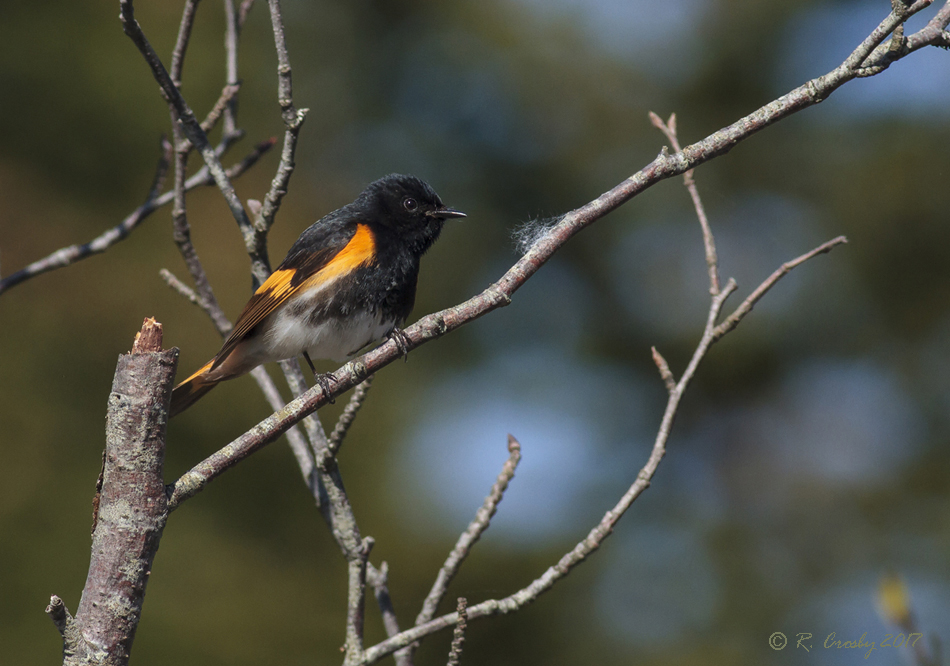 This was the first time Carmen and I stayed three nights on Brier and so with the longer stay and the great weather along with the sharp eyes and ears of all the birders involved we tallied over 100 species. Some other birds of note but not pictured here were a pair of Great Egrets, a small flock of Boreal Chickadees, House Finches, Brown Thrasher and several Rose-breasted Grosbeaks. Thanks again to everybody involved for making this year another one to remember.